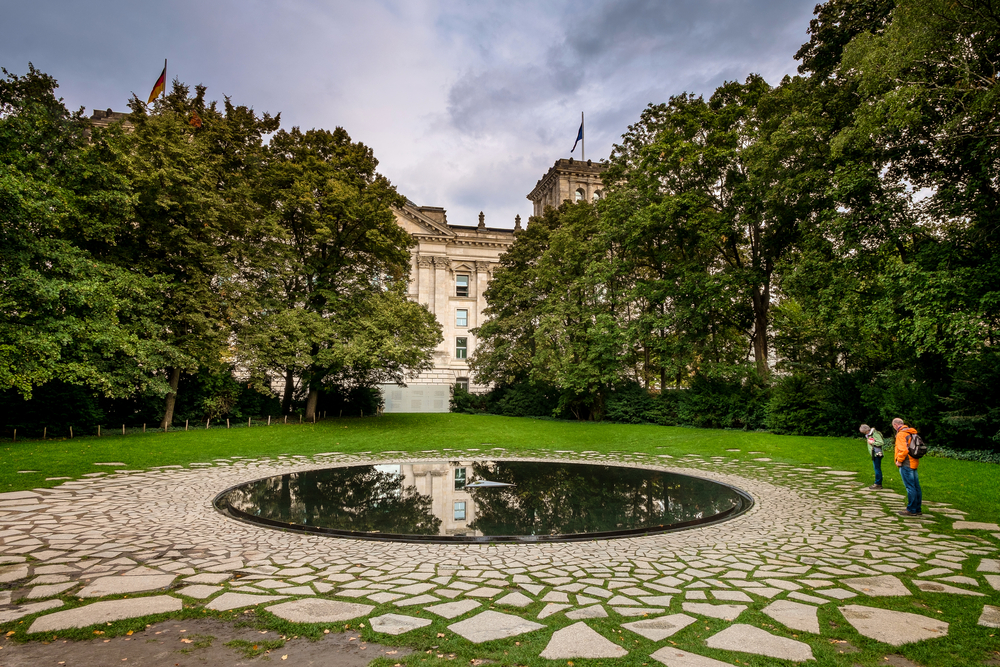 Romani Resistance Day Is About More Than Memory

May 16 marks a famed Roma uprising against Nazi death camp guards. Against a backdrop of rising right-wing hatred, we need to draw on that defiance and humanity.
By Margareta Matache | May 15, 2019

Seventy-five years ago, on May 16, a spring day in Poland, 6,000 Romani people — elders, men and women, girls and boys — who were imprisoned in Auschwitz-Birkenau, barricaded themselves in the “Gypsy Camp.” They prepared to fight back and stand up against the Nazis’ extermination plan for that evening.

And yet, in the face of catastrophe, the Romani people in the Zigeunerlager stood up, spoke up, rose up. Hugo Höllenreiner, then 11 years old, recalls hearing his father protest against the Nazi guards: “We’re not coming out! You come in here! If you want something, you have to come inside!”

We have come such a long way since then. We have reached a point when in some regions, Romani political thought, Romani institutions, and Romani scholarship are no longer only about Roma, but with and by Roma. The European Roma Institute for Arts and Culture, Roma Studies Programs at Central European University, Harvard, and other places are authoritative examples in that sense.

Yet Romani communities across the world are still under threat — even more so today, when the enduring slur of Romani criminality is exploited, both online and offline, as a weapon for anti-Romani violence. It is fortified by fake information, fake DNA police evidence, racist intellectuals, neo-Nazi groups, and vigilante groups.

Meanwhile many Europeans have remained silent in the face of so much inhumanity. The world neglected the killing of the five years old Robbi Csorba and his father, ten years ago in Hungary. Greeks did not react when Yannoula, a 13-year-old Romani girl was shot dead in Greece in 2018. Italians stayed silent in front of the killing of the Halilovic sisters, Francesca, Angelica, and Elisabeth, ages four, eight, and 20, who were burned alive in 2017 — and this was not an exception, as the number of racially motivated attacks in Italy tripled from 2017 to 2018.

Europeans may not even know or care about the killing of the 23-year-old David Popp last year in Ukraine or the cruel anti-Romani mobs in Italy and France in the past few months. No matter whether Roma live in Eastern Europe or Western Europe, the U.S., Brazil, Argentina, or Canada, we are all doomed to being blamed collectively simply for being Roma. And the racecraft of Roma inferiority allows gadje to morally justify their indifference and inaction in the face of harm and violence.

We are often told that we are a nation of survivors, but we often forget about our ancestors, who stood up and resisted in the face of misery, very much like the 6,000 Roma did on May 16, 1944, against the Nazis. And too often, we forget to honor them. Too often, the lack of spaces, memorials, history books, and museums prevents us from remembering.

Truth-telling and the collection of historical data are important for establishing a memory of the past and generating an enduring account of anti-Roma violence. And so, today, we pay tribute to our resistance and tell the truth about the persecution of our Roma communities during the Holocaust.

The non-Roma, gadjo world can and must learn from the fascinating history of the Romani people, who from one generation to the next have managed to remain compassionate, not hostile; forgiving, not vengeful; and unfortunately, even obedient to the oppressor, yet still aware of the injustices they have experienced and will continue to experience.

In memorializing resistance, the participation of allies is also worth remembering. So, today, we pay tribute to our allies too.

This year, the U.S. Congress and Senate are showing Roma a sign of justice and respect by introducing the first-ever bipartisan resolution to recognize Romani heritage and history.

When we started to think about the possibility of advocating for such a resolution, our fellow Romani, Nathan Mick, an experienced American politician, encouraged and advised us on how to proceed. But we also worked close with our non-Romani allies, including the Roma Working Group in Washington DC. But here’s what made this process more symbolically powerful and most meaningful to me: one of the greatest supporters and strategist working hand in hand with us on this initiative was Valentin Mihalache, a fellow Romanian American.

Therefore, to create historical consciousness of Roma and non-Roma about the atrocity of the Holocaust against Romani people and their resistance, what we need is allyships and a vibrant and genuine recognition and community voices that replicate the memorialization that other communities of survivors have established.

This op-ed is based on Margareta Matache’s speech at the “Neglected Voices: The Global Roma Diaspora” conference at Harvard in 2019.

Margareta Matache is an instructor at the Harvard FXB Center for Health and Human Rights and former director of the Roma rights organization, Romani CRISS