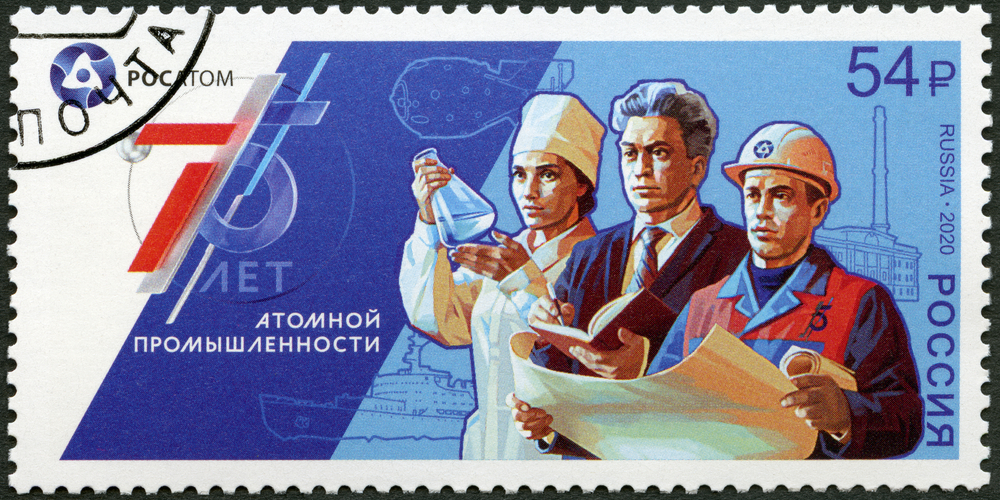 In March 2022, Senator John Barrasso (R-WY) introduced several bills calling for a ban on Russian uranium as a way to cut off funds for the war in Ukraine and also boost domestic uranium production. Although environmentalists applaud the Russian uranium ban, they are concerned that an expansion of domestic mining will have adverse effects on the environment and surrounding communities.

The United States relies heavily on imported uranium, with Russia supplying about 16 percent in 2020. The uranium business with Russia, however, includes not only imports but also enrichment services provided by the Russian state corporation Rosatom, which accounts for 23 percent of total enrichment services in the United States. It’s unclear what is included in the 16 percent mentioned above. If this is only uranium mined in Russia, it is not all the uranium sold to the United States by Russia.

In 2013, Rosatom acquired Uranium One, a Canadian uranium mining company. The story made the news and was discussed in the Senate in relation to concerns that Russia, particularly in the wake of its seizure of Crimea, had taken over American uranium deposits through a Canadian firm. Yet Russia in fact purchased Uranium One to gain access to vast deposits in Kazakhstan, a world leader in uranium mining and supplies. Whether the uranium mined in Kazakhstan and exported by Uranium One to the United States is labelled as Canadian or Kazakh, the profits nevertheless go to Russia.

So, banning the 16 percent of direct Russian imports would not cut off all uranium profits flowing to the Kremlin. But it would be a first step.

The United States has one of the world’s oldest nuclear power plant fleets. Their average age is 30–40 years, and many of them continue to function beyond the design period, posing additional safety risks (6). Decommissioning nuclear power plants that should have long been shut down due to age and risk factors will cut uranium fuel consumption by 16 percent or more.

Nuclear power plants produce energy not when the consumer requires it but when the reactor can safely generate it. Almost all nuclear power plants in the United States today operate at near-maximum capacity, or about 90 percent. As reactor power drops, so does the degree of fuel burnup. Thus, if the plant runs at a lower power, the same uranium can be used for a little longer, which also helps to save fuel.

So, eliminating the 16 percent of uranium from Russian sources can be accomplished through the closure of aging nuclear power plants and the implementation of energy efficiency measures.

Despite Senator Barrasso’s claim that the United States has enough uranium, surface deposits are depleted. Deeper ores have low uranium content (below 0.1 percent) and high extraction costs. Then there are the environmental consequences of mining. In Wyoming, Senator Barrasso’s home state, leaching from uranium mines has already polluted groundwater, and mining companies are unable to restore it to its original state.

Uranium mining in the United States on federal lands is regulated by the NEPA act, which requires the preparation of an environmental impact statement as well as public and expert consultations. Mining operations on private lands may be regulated at a state level. The permitting process sometimes takes years.

Donald Trump loosened the NEPA act to encourage an increase in domestic uranium mining. In addition, the Department of Energy recommended changes to environmental legislation, particularly NEPA, to make it more favorable to uranium mining. However, this did not lead to practical benefits. The process was not significantly simplified, and domestic uranium production did not increase. For the United States to increase substantially its uranium mining to substitute for Russian imports, it would have to abolish NEPA, gut the country’s environmental policy and undermine Native American communities that live in proximity to the mines.

Uranium has traditionally been used in nuclear power plants. The military also uses uranium in nuclear warheads, which must be renewed on a regular basis. However, the United States can import uranium from NATO allies like Canada. These imports can be increased in case of a military need. In the energy sector, meanwhile, the global uranium market has changed so much in recent decades that even if Russia supplies vanish, countries with a large fleet of nuclear power plants are unlikely to notice.

Because of sharply declining world prices, the leaders in uranium production, such as Kazakhstan, have reduced their uranium output. Following the Fukushima disaster, demand fell to historic depths and has only recently begun to rise. But even this modest increase in demand, following a ban on Russian uranium imports, would only result in the resumption of production and a quick replenishment of the deficit. In addition, since 2018 the IAEA has built up a global uranium reserve in Kazakhstan that can supply countries with uranium shortages.

Strengthening national security necessitates terminating all energy ties with Rosatom and Russia. However, a Russian uranium ban should not be an opportunity to expand domestic uranium mining. Rather, it should be part of a transition away from costly and environmentally damaging uranium dependence and toward safer, more sustainable renewable energy, which is rapidly gaining not only market share in the United States but consumer interest as well.

Tatyana Novikova reports on issues of nuclear power and sustainable energy in the United States, Russia, and Belarus.