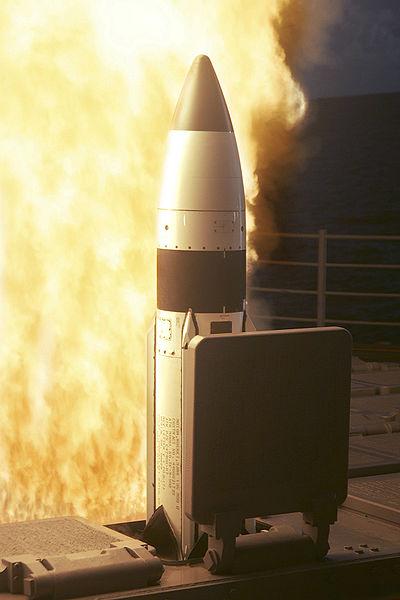 Eastern Europe is caught between two implacable forces. Bulgaria, in particular, might find power in its pivotal position.
By Alexander Atanasov | April 20, 2010 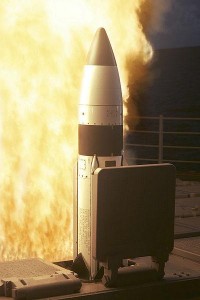 President Barack Obama decided to cancel the plans for missile defense based in the Czech Republic and Poland this past October. Washington has since worked on an alternative that Obama calls a “stronger, smarter and swifter defense” that “best responds to the threats we face.” The new system is built around sea-and-land-based SM-3 missile interceptors.

This new missile defense system will include numerous European countries, including Romania and Bulgaria. Talks between Sofia and Washington have already begun.

Russia, however, opposes the new European defense system. The Russian government was infuriated with the old missile defense plans in the Czech Republic and Poland. Russian President Dmitry Medvedev welcomed the U.S. decision to stand down with the initial defense plans and called it a “responsible move.” But the new plans aren’t easily accepted by Russia either. Russia is now putting pressure on Bulgaria to cancel its plans for European defense collaboration with the United States.

At stake here is more than just disruption of local European politics. The missile shield is of fundamental importance for the newly shifting balance of two major world powers — America and Russia. These two countries no longer operate in the bipolar Cold War world. They’re both struggling to navigate in a new multilateral global reality and shape that world to their own ends.

The concept of Bulgaria as a Russian satellite predates World War II. For the last 150 years Bulgaria was on the lookout for a world power to guarantee its security; its first “protector” was Russia. After handing Bulgaria its independence in 1878, following a war with the Ottoman Empire, Russia was the undisputed champion of Bulgarian freedom.

The relationship, however, soon turned sour. Russia essentially abandoned newly independent Bulgaria to fend for itself. Later, in the early 20th century, Russia attempted to dictate Bulgarian internal and external policy numerous times. Ever since, Bulgarian foreign policy has swung between pro- and anti-Russian arguments.

Since the fall of the Berlin Wall, Bulgarian foreign policy has been oriented again toward the West. Bulgaria joined NATO and recently the European Union, so it’s only natural that the government will seek protection from those two organizations. The EU, however, has created rather weak foreign policy and security institutions.

To further complicate things, NATO Secretary General Anders Fogh Rasmussen, recently said that the EU must put more money and muscle into defense if it wants to become a global player, and that Europeans shouldn’t take the transatlantic alliance with the United States for granted. Rasmussen urged European countries to cooperate with Russia on missile defense at every opportunity.

But European countries are not necessarily enthusiastic about missile defense. “Given the cost of a missile defense system and given limited defense budgets,” said French Defense Minister Herve Morin, “my deeper concern is that missile defense would come at the expense of the military capacity of Europeans, which is already often a European weakness,”

This means that Bulgaria, despite its EU membership, is still dependent on Russia.

Russia announced its return as a world power with a bang. The military campaign in Georgia shattered the short era of unilateral U.S. domination of world politics. Russia demonstrated that it too could act unilaterally, and largely with impunity.

Since then, Russia has continued to show its political muscles. It blocked gas delivery for half of Europe last year. It secured a deal for its Black Sea fleet to stay in Ukraine, thanks to a new pro-Russian government in that country. And now Russia is trying to block the improvement of Europe’s defensive capabilities.

If Russia made a compelling case against missile defense as part of a new defense strategy for Bulgaria, the pro-Russian segment in Bulgarian society could have supported the initiative. Unfortunately, Russia is simply trying to impose its will, meddling in Bulgarian foreign policy without providing a viable, mutually beneficial alternative. As such, the Bulgarian government would be unwise to yield to the Russian government’s demands.

But that’s not the end of the story. Bulgaria is at the center of several conflicting agendas. America and NATO support missile defense — which is really a form of missile proliferation — as a response to the Iranian nuclear threat. Russia is afraid that missile defense will undermine its nuclear arsenal and thus resort to the usual threats. NATO encourages Europe to support the U.S. initiative, arguing that Europe will never have the military capabilities to be a global power. And France does not want to pay for expensive military projects.

After Obama and Medvedev signed the New START, the United States and NATO are now responding to Iran’s nuclear ambitions and a potential increase in the number of nuclear weapons in the world with…further missile proliferation. Bulgaria isn’t strong enough to defy the United States, NATO, and Russia. Until multilateral agreements can restrain Iran’s nuclear weapons ambitions, resolve the U.S.-Russian disagreement over missile defense, and preserve the security of small countries like Bulgaria, great power politics will still hold sway.