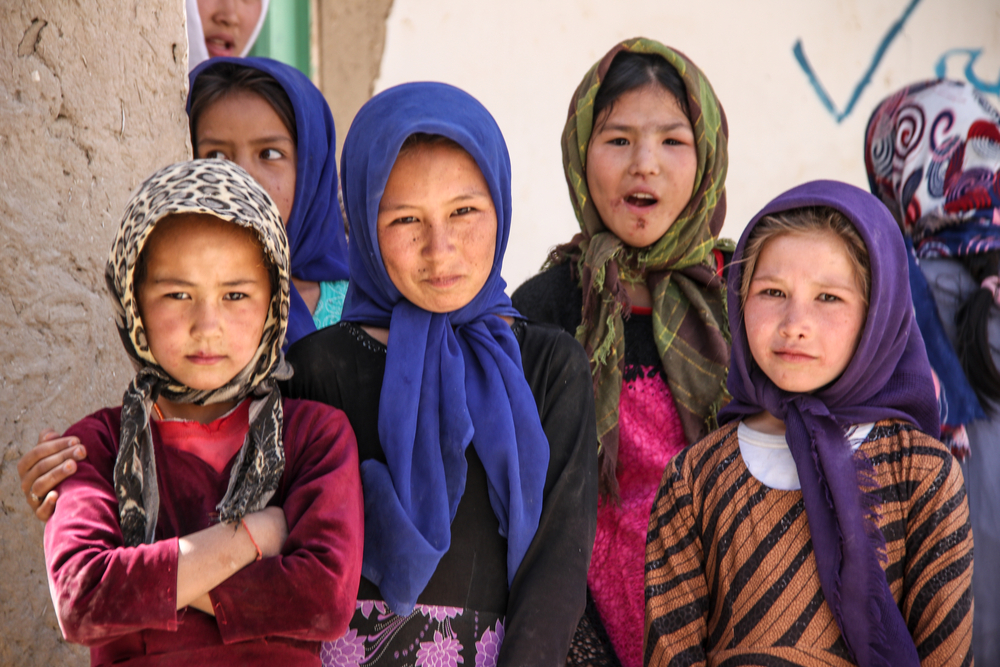 U.S. Sanctions on Afghanistan Could Be Deadlier Than 20 Years of War

The collective punishment of Afghans is hideously wrong -- and the Biden administration can ease it with the stroke of a pen.
By Mark Weisbrot | February 16, 2022

Economic sanctions have, in recent years, become one of the most important tools of U.S. foreign policy. There are currently more than 20 countries subjected to various sanctions from the U.S. government.

But if more Americans knew how many innocent civilians actually die as a result of these sanctions, would the worst of them be permitted?

We may be about to find out in Afghanistan. Sanctions currently imposed on the country are on track to take the lives of more civilians in the coming year than have been killed by 20 years of warfare. There’s no hiding it anymore.

Projections through the winter estimate 22.8 million people will face “high levels of acute food insecurity.” That is 55 percent of Afghanistan’s population, the highest ever recorded in the country. An estimated 1 million children are suffering from “severe acute malnutrition” this year. Children who are malnourished are more likely to die of diseases, even when they can get enough calories and nutrients to survive. Already, 98 percent of the population is not getting enough food, according to the U.N. World Food Program.

The biggest and most destructive sanction currently facing Afghanistan is the seizure of more than $7 billion of the country’s assets that are held at the U.S. Federal Reserve. That is equivalent to about half of Afghanistan’s economy, and about 18 months of the country’s imports — which include food, medicine, and infrastructure needs that are vital to public health.

But the effect of this loss of Central Bank assets turns out to be much deadlier than the loss of essential imports. The assets confiscated are in dollars; countries need these hard currency international reserves in order to maintain a stable financial system and economy. Since the freezing of the country’s reserves, “cash shortages and the loss of correspondent banking relationships have crippled Afghan banks,” reports the International Monetary Fund.

Press reports from the ground describe the calamitous human cost of the disruption that results when these reserves are lost: desperate mothers seeking medicine for emaciated children; soaring numbers of people going without income; farmers giving up on working their land.

Afghanistan’s currency has depreciated by more than 25 percent since August, driving the price of food and other essentials beyond the reach of many people in what was already the poorest country in Asia. Banks have imposed a $400 limit on cash withdrawals, and also restrictions that make businesses unable to meet their payrolls. This pushes more people into unemployment and acute hunger.

Supporters of the sanctions, in the U.S. government and elsewhere, have responded that people who are starving, malnourished, or unemployed as a result of sanctions can be helped with international aid. However, it is clear that the logic of destroying an economy and then trying to save people with aid does not work. Aid will replace only a small fraction of the country’s loss of income, which the IMF estimates could fall by an astounding, unprecedented 30 percent in the months ahead.

And there are enormous difficulties in delivering the aid: the banking system is hobbled, international banks and even some aid groups are reluctant to take the risks involved in transferring funds, and there are breakdowns in transport, as well as other essential services because of the sanctions and resultant economic contraction.

Washington and its allies have argued that sanctions are a necessary response to Taliban human rights abuses, including repression of women. But it’s the people, especially the poorest, who pay the price. How many tens or hundreds of thousands of women and girls should be sacrificed in order to punish the Taliban?

Western governments, led by the United States as they were during 20 years of war, are not likely to get any concessions from the Taliban by destroying the Afghan economy. But an enormous price will be paid by millions of innocent people, many of whom will die, as food, health care, employment, and income become increasingly scarce.

Members of Congress are starting to push back: four dozen sent a letter to President Joe Biden in December noting: “The U.S. confiscation of $9.4 billion in Afghanistan’s currency reserves” is plunging the country “deeper into economic and humanitarian crisis.”

This collective punishment is hideously wrong and immoral. The Biden administration can remove the biggest contributing factor with the stroke of a pen. They should do so immediately before it is too late.

Mark Weisbrot is co-director of the Center for Economic and Policy Research in Washington.