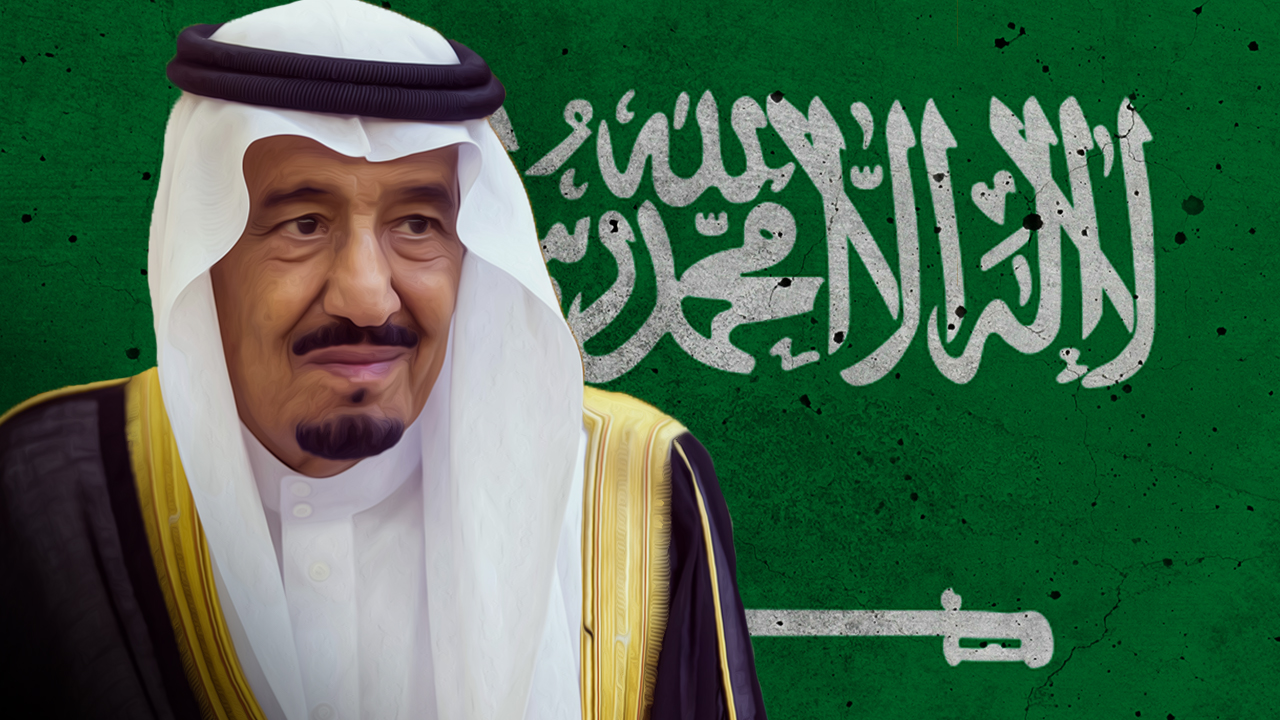 Perceptions can be very deceiving when it comes to Saudi Arabia, especially since Western media have mostly acted as Al Saud’s personal publicists over the decades. In 1974 Fred Halliday published a book focusing on the politico/economic structure of the Arabian Peninsula. In “Arabia Without Sultans” Halliday asserts that the conservative rulers of the Peninsula were, sooner or later, as doomed as was Egypt’s monarchy in the early 1950s.

Some history is in order.

Modern Saudi Arabia was a creation of the Sykes-Picot Agreement in 1916, a secret understanding between Britain and France defining their respective spheres of influence after World War I. Britain signed the “Treaty of Darin” with Ibn Saud that incorporated the lands of the Saud Family as a British protectorate in December of 1915. Soon thereafter, the western coastal region, Hijaz, was seized by Ibn Saud along with Mecca and Medina in 1925. He then utilized his 22 marriages to shape and control his vast kingdom. But from almost the outset, it was his close alliance with the US that helped him ward off threats towards the nascent state. In 1935 Ibn Saud signed a concession agreement with Standard Oil of California (now Chevron) which included handing over substantial authority over Saudi Oil fields. Standard Oil later established a subsidiary in Saudi Arabia called the Arabian American Oil Company (Aramco), now fully owned by the Saudi government.

There are three key pillars that the house of Saud rests upon, allowing it to play a role in the region. The first of these is the dominance of Ibn Saud’s descendants in Saudi politics. The Saud family is in effect an oligarchy that has crafted an absolute dominion, ruled by consensus of the leading figures enabling them to dominate the political landscape of Arabian Peninsula. Ibn Saud is believed to have had at least 70 children. His sons and their offspring form a core of about 200 who wield most of the power. Estimates of the total number of male members of Saud clan ranges anywhere from 7,000 upwards. This allows the family to control most of the peninsula’s important posts and to be present at all levels of government. The key ministries are reserved for the family, as are the thirteen regional governorships.

The second pillar is the patronage networks extended to descendants of Muhammad Ibn Abd al-Wahhab, the 18th century founder of the Wahhabi school of thought whom Al Saud formed a mutual pact and power-sharing arrangement with nearly 300 years ago. Al-Saud maintains its authority over the Wahhabi clan by a high degree of intermarriage. Members of the Wahhabi clan not only work as the promoters of Al-Saud family by presenting them as defenders of Islam but in situations where the public deems certain policies of the Al-Saud’s family questionable, they act by invoking fatwas to deflect any dissent. By way of example: during the Arab Spring the Grand Mufti of Saudi Arabia issued a fatwa opposing petitions and demonstrations, and severe threat against internal dissent.

The third and final pillar is the country’s oil wealth, which is concentrated in the hand of Al-Saud and few other well-positioned families. Possessing the world’s largest oil field has allowed this family the means to establish and maintain patronage networks that helped build tribal alliances. Each member of the Al-Saud family receives stipends of varying amount, depending on their position in the bloodline of Abdul-Aziz. Saudi Arabia has constructed its foreign relations to protect and enrich the ruling member of the family and in turn the family of Saud as a whole. If it was not for the two holy sites of Mecca and Medina the Saudi global and regional role would have been limited to its close relation to the US and for being a hosting ground for US bases.

Recent news that Moody’s Investor Service has cut its outlook for debt rating of Saudi Arabia as well as three other Persian Gulf Emirates, placing their ratings on review for a possible downgrade, has certainly rekindled the interest in the future of Saudi Arabia and pundits have begun to ask ‘are we witnessing the realization of Halliday’s thesis of an Arabian Peninsula without the corrupt and regressive sultans?’ This question is particularly pertinent in the case of Saudi Arabia. In this article I intend to look at the likelihood of the fall of Saudi family and its implication for the peninsula and the region as whole. I will assess the possibility of the eventual collapse of the Saudi regime using three major variables:

Saudi Arabia is the world major producer of oil and its revenue constitutes the primary source of income for the kingdom. Saudis have used their huge access capacity to pump oil at a record level during the past few years to keep their balance of payments at a manageable level. As the rate of production exceeds demand, price of oil drops forcing the Saudis to produce even more. There are however major problems with such a vicious cycle of continual overproduction.

The first is the Saudi oil resources are not inexhaustible. A new peer reviewed study in the Journal of Petroleum Science and Engineering anticipates that Saudi Arabia will experience a peak in its oil production, followed by inexorable decline, in 2028 – that’s just 12 years from now. It should be noted that the exact quality of Saudi reserves remains a state secret; there have been suggestions for years that the Saudis have inflated the size of their oil holdings.

Another key factor here is the capacity to translate production into exports against rising rates of domestic consumption. The rising of the Saudi population and the increase in demand for petroleum will reach a point that the Saudis can no longer increase the quantity of oil sales abroad because of the need to meet rising domestic energy demand. The total Saudi population is estimated to grow from current 29 million people approximately today to 37 million by 2030. As demographic expansion absorbs Saudi Arabia’s energy production, the next decade is therefore likely to see the country’s oil exporting capacity ever more constrained. As a matter of facts, in 2008, a report found that Saudi net oil exports had already begun to decline since 2006 and this trend would continue. Reports indicate that Saudi net exports have experienced an annual decline rate of 1.4 percent from 2005 to 2015, and a further report by Citigroup recently predicted that net exports would plummet to zero in the next 15 years.

The Saudis face another challenge for which they appear unprepared: preparing for a “post energy-driven” economic future. Many are the countries, places that have failed to take advantage of a valuable natural resource such as oil or valuable minerals in order to diversify their economy when the resource runs out. Although the Saudis are claiming to have plans for such a transition, there is little concrete evidence that they have broken with their energy addiction.

More recently, they have run into debt problems.

News about Saudi Arabia delaying payments to government contractors as the slump in oil prices pushes the country into a deficit for the first time since 2009, has added fuel to the fire of speculations that the Saudi state is beginning to feel the pressure of decades of economic mismanagements. Saudis have spent hundreds of billions in oil revenues to finance retrograde, version of Islam, “Wahhabism” an offshoot of Hanbali sect of Sunni Islam and through them, many acknowledged terrorist organizations in the world.

Companies working on infrastructure projects have been waiting for six months or more for payments as the government seeks to preserve cash, delays have increased this year, as the government is seeking to cut prices on contracts. The situation seems to be going from bad to abysmal, as speculation is growing that Saudis may allow its currency to slide against the dollar for the first time since 1986. The biggest question is how much longer the Saudis can continue this overproduction, originally intended to hurt Russia and Iran’s economies, has been damaging their economy.

Saudis faced with the economic downturn, have begun boosting gas, water and electricity prices, and in effect dismantle its welfare state, risking widespread social unrest. As the oil prices drop, Saudi’s considerable reserves are depleted at unprecedented levels, dropping from their August 2014 peak of $737 billion to $672bn in May – falling by about $12bn a month, the current ruler Salman has no other option but to accelerate borrowing. Saudis’ recent application for ten billion dollar loan from WB and/or IMF to cover their balance of payment deficits clearly support this proposition and seriously damage Saudi image signifying that the richest oil producer is in deeper trouble than they have lead the rest of the world to know. What happens when over the next few years reserves deplete, debt increases, while oil revenues remain strained?