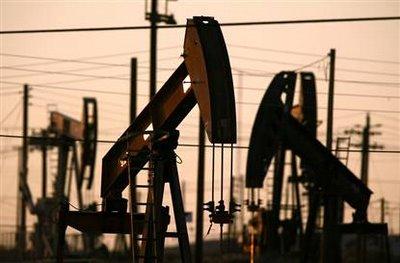 Saving Uganda from Its Oil

Uganda is sitting on a lot of oil. Will its future be more like Nigeria or Norway?
By Jason Hickel | June 16, 2011 In 2006, Uganda confirmed the presence of enormous commercial petroleum reserves around Lake Albert along the country’s western border. Since then, geologists have proven at least 2 billion barrels. With only about 25 percent of the region explored, some reports indicate that there could be as much as three times that amount – enough to make Uganda a major player in the African oil industry. The oil is set to begin flowing later this year, or perhaps in early 2012, with production targeted at around 200,000 barrels per day.

This discovery marks the beginning of a new epoch in Uganda’s history, and hopes are high across the country that the flow of oil will jumpstart development and ameliorate poverty. Historically speaking, these hopes are terribly misplaced, for the discovery of oil in Africa has rarely brought about positive socio-economic outcomes. Indeed, quite the opposite is true: regions with an abundance of non-renewable sub-surface resources nearly always experience declining development and less economic growth than countries with fewer such resources.

Nigeria offers a disturbing example of this trend. Since production began in the mid 1960s, Nigeria has seen an oil bonanza worth more than $340 billion. But the economy remains in absolute tatters: more than 70% of Nigerians live in conditions of intractable poverty – earning less than a dollar a day – and the infant mortality rate is among the highest in the world. Indeed, Nigerians are significantly poorer today than they were at the start of the oil boom. Average incomes are less than one third what they were in 1980, and despite ballooning petroleum revenues per capita GDP remains at about 1965 levels. Similar problems plague Africa’s other major petroleum producers, like Chad, Angola, Gabon, and Equatorial Guinea.

Economists call this paradox of poverty amid plenty the “resource curse.” As economies become over-reliant on extractive industries, exchange rates appreciate and make imports cheap to the point of undercutting local producers and crippling economic diversification – a scenario known as the “Dutch Disease.” In addition, when states rely on rents instead of taxes for the bulk of their revenue, the social contract of accountability between government and citizens gradually erodes, and administrators have no incentive to invest in human resources, encourage industry, or promote the development of a middle class that would provide a sustainable tax base. Such states tend to become heavily repressive: oil-producing countries spend three times more on military force than developed countries and 10 times more than underdeveloped countries (as a proportion of GDP).

If careful controls are not put in place soon, Uganda will suffer exactly this fate. Instead of producing positive development outcomes, petroleum exploitation in Uganda (by Tullow Oil, Total, and China National Offshore Oil Corporation) is likely to deepen income inequalities, entrench poverty, contribute to economic degradation, and devastate the environment. Most importantly, the country’s robust small-scale farming sector – which accounts for around 70 percent of employment – could be seriously undermined by the impending influx of foreign currency.

As these concerns gain popular traction, Ugandan policymakers have been scrambling to put together a legislative framework that will manage production and revenues once the oil hits the pipelines. In 2008 the government approved a new National Oil and Gas Policy framework, the ostensible goal of which is to “use the country’s oil and gas resources to contribute to early achievement of poverty eradication and create lasting value to society.”

Given the corruption that suffuses the regime of Yoweri Museveni, the framework is a surprisingly progressive document. Indeed, the minister of energy and mineral development drafted it in consultation with experts from Norway, which has pioneered some of the world’s best practices in the petroleum industry. For example, revenues from Norway’s oil production feed into a massive Future Generations Fund, support the country’s extensive welfare system, and keep the unemployment rate at around 3 percent – one of the lowest in the world.

Any casual observer would be duly impressed with the language that the framework includes. It discusses environmental protection, proposes using revenues for future generations, and promises to ensure that Ugandans benefit from new employment opportunities. It also suggests that oil companies should invest in local human resources (Uganda presently lacks the skilled labor that the oil industry requires) and follow the standards of the Extractive Industries Transparency Initiative (EITI).

On closer inspection, however, the National Oil and Gas Policy is dangerously vague and absolutely toothless. The framework does not bear the authority of law, and includes no mechanisms that would make its proposed regulations mandatory. Even if the framework’s proposals were to end up as actual legislation, it includes nothing that oil companies would not ordinarily promote in their attempts to erect a façade of legitimacy and burnish the image of an industry beleaguered by PR nightmares. In fact, the framework pays far more attention to creating a favorable investment climate for foreign companies than it does to ensuring the welfare of Ugandans.

The framework misses a monumental opportunity to forestall the resource curse and make Uganda’s oil work for the good of common Ugandans. A policy dedicated to this goal might borrow language from Alaska’s constitution to require that natural resources be used for “the maximum benefit of the people” and only according to principles of sustainability. Such provisions would arm Ugandans with powerful leverage to ensure that the country’s common wealth accrues to common citizens for generations to come.

On the regulatory side, local content rules should require all multinational companies to tier up over a set period to at least 80 percent local contracts and labor, and to invest in local capacity even to the point of training local engineers. The Ugandan government should also raise environmental regulations to meet the highest international standards and demand that both foreign and national oil companies pay regularly into an escrow account to cover the costs of spills and other environmental damage.

On the revenue side, the government should tax oil company profits at relatively high levels, beginning with Norway’s 78 percent tax on net income and adjusting downward slightly to account for underdeveloped infrastructure and geopolitical risk to investors. These revenues should be paid into an independently audited account, with audits available to the public on a quarterly basis. At least 10 percent of revenues should go to a Future Generations Fund — following the Norwegian and Alaskan models — to provide an investment base that will last until long after the oil is gone. The Fund should be heavily fortified against misuse by government officials, and the interest from the Fund should go back to citizens in the form of a pension scheme. Like Norway, the Fund should retain an ethics adviser to ensure that its investments meet conscientious environmental and labor standards, and promote local growth wherever possible.

Twenty percent of revenues should be designated specifically for economic diversification. Using oil money to subsidize more sustainable sectors like agriculture and manufacturing would prevent the Dutch Disease, create widespread local employment (which the oil industry does not), and wean the state away from its dependence on rents to rely instead on taxes paid by a growing middle class. Finally, following international recommendations initially made for Chad, 50 percent of revenues should be designated for priority human needs such as education, health, infrastructure, and rural development, with distribution subject to rigorous democratic oversight.

Policies along these lines should be clearly enshrined in the proposed Petroleum Exploration, Development, and Production Act, and the Public Finance and Accountability Law that the government is presently amending. Unfortunately, the process of drafting these laws has been conducted largely in secret, with little input from opposition parties or civil society leaders.

For Ugandans to reap the benefits of oil production, the country must actually receive the revenues it deserves. As it stands, the framework fails to protect Uganda from being plundered by the multinational corporations that will soon come to dominate the economy. A new study by Global Financial Integrity shows that commercial tax evasion and commodity mispricing accounts for up to 65 percent of illicit capital flight from Africa, compared to only 3 percent through domestic corruption. Since 1970 – the beginning of the era of global market deregulation – as much as $1.17 trillion has disappeared from the continent through tax evasion and mispricing alone. This trend is most conspicuous in the case of petroleum-exporting countries where foreign multinationals have a strong presence, with Nigeria and Angola topping the list.

This $1.17 trillion in resource theft amounts to many times more than the continent has ever received in aid. Figures like this demonstrate that there is nothing “natural” or “given” about poverty in Africa – it is the product of long-term, systematic extraction of wealth. Implementing the EITI would be a good first step toward solving this problem, as it requires regular publication and independent audit of all financial exchanges between oil companies and governments. But the EITI cannot prevent mispricing, and nor can it expose the common practice whereby companies launder money internally in order to report lower taxable profits. To plug these holes, Uganda would have to solicit the services of dedicated international watchdogs like the Tax Justice Network.

Franz Fanon, one of Africa’s greatest voices in the anti-colonial movement, recognized that “for a colonized people the most essential value, because the most concrete, is first and foremost the land: the land which will bring them bread and, above all, dignity.” If Ugandans do not take immediate action to protect the yields of their land, the country may soon go the way of Nigeria and become yet another example of how – decades after the end of formal colonialism – profiteering companies continue to pillage Africa’s resources, leaving nothing in their wake but poverty, broken promises, and empty holes in the ground.

Jason HickelForeign Policy In Focus contributor Jason Hickel holds a doctorate in anthropology from the University of Virginia and is presently a fellow at the London School of Economics. His research focuses on trade, development, and political conflict in sub-Saharan Africa.