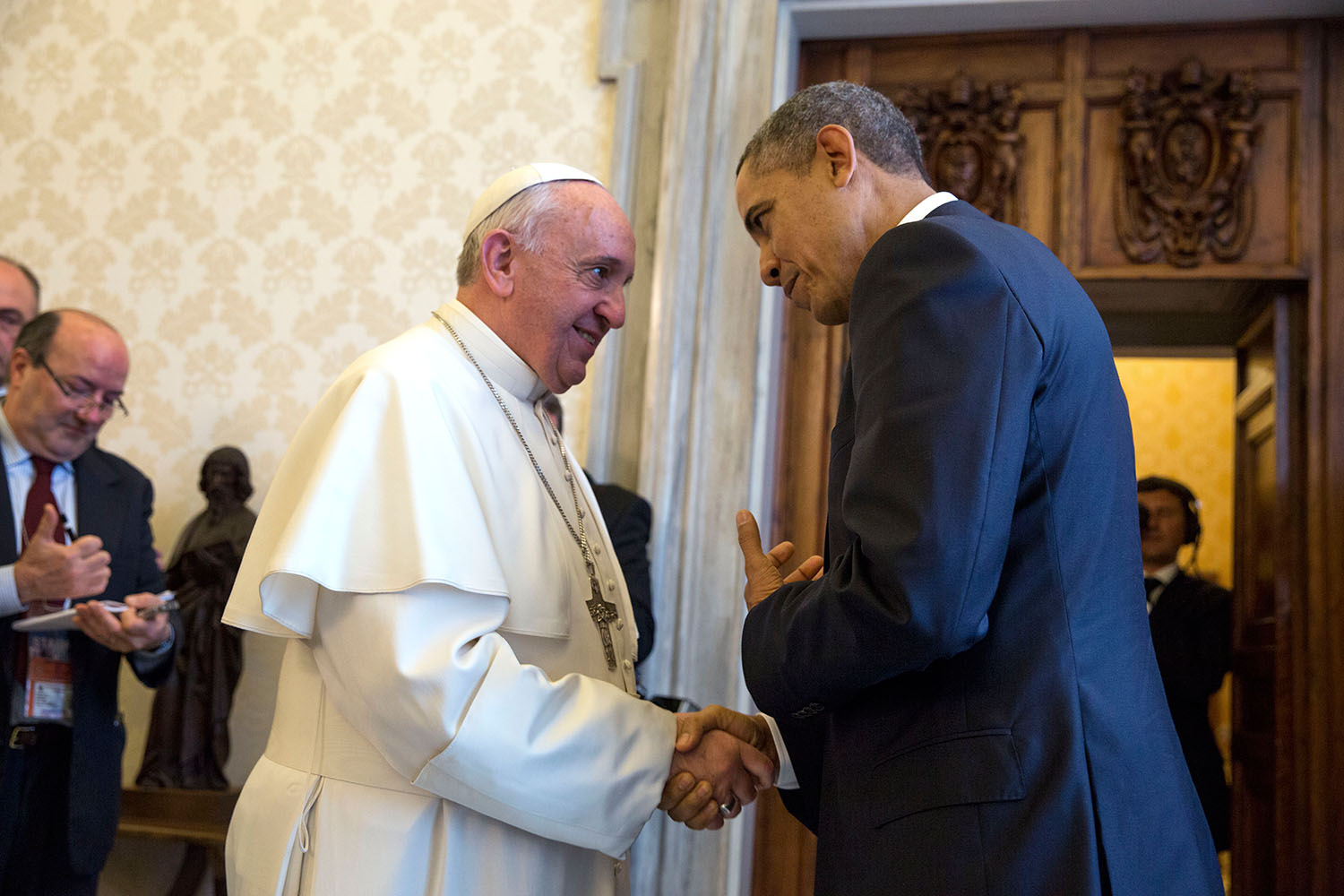 The Scope for Parallel Diplomacy Has Never Been Greater

The U.S.-Cuba deal proved the value of discreet, informal diplomacy. No shortage of other peace processes could begin the same way.
By David Richmond | May 19, 2016

One of the great diplomatic breakthroughs for which the Obama presidency will undoubtedly be remembered is the re-establishment of relations with Cuba.

A Cold War impasse of over 50 years wasn’t thawed overnight. It took a discreet and sensitive process to bring the two sides to the table and remain there long enough to establish a dialogue that would ultimately lead to Air Force One touching down in Havana in March this year.

Since Barack Obama and Raul Castro announced in December 2014 that they would restore diplomatic ties between their nations, much praise has been directed towards the Pope and the Vatican, who hosted crucial meetings between representatives of the two sides that resulted in the restoration of diplomatic ties that had been severed for half a century.

The role of the Vatican in this rapprochement serves as a reminder that even in the era of systematised diplomacy, significant benefit can be derived from an informal process that takes place away from the limelight.

There have always been ‘red lines’ and positions of principle beyond which governments are unwilling to venture, at least publicly, for fear of losing credibility with their electorates, allies, or key lobbies. As a result, they may make public statements that prevent them from being able to sit down with certain individuals or groups. Yet seeking a solution to an intractable problem often means talking to people you would prefer to shun.

In these cases, informal, discreet dialogue — sometimes called parallel diplomacy — can lead to progress or movement which provides the grounds to re-consider those red lines.

Cuba is just the latest example of parallel diplomacy in action. Over the years there have been many others. Each situation has its own idiosyncrasies, but parallel diplomacy successes from Havana to Belfast share some similar characteristics.

First and foremost, the emphasis is on creating trust.

Starting a dialogue isn’t about negotiating solutions. Instead, it’s about forming relationships and establishing confidence so that the parties have some reason to believe that negotiations might ultimately lead to a resolution. Sometimes parties to a conflict will find discreet ways to initiate such contacts themselves; often they find it easier to rely on the good offices of an independent third party that can offer the advantages of both neutrality and deniability.

Confidence-building measures, such as prisoner exchanges, are often the means to establish grounds for trust. Agreement to allow the supply of humanitarian assistance for a suffering population can also help to establish both sides’ good faith, such as the co-operation demonstrated between Magen David Adom and the Palestinian Red Cross in the 2000s.

Success is never guaranteed and, as with formal diplomacy, the road is seldom smooth. The only reliable tools are patience, persistence, and a clear lens which shows us that the enemy does not have horns and a tail. Meeting and talking as individuals humanises the wider conflict; it is harder to feel implacable hostility towards someone you have broken bread with.

Cuba has previously experienced the benefits of parallel diplomacy. In 1987, for instance, discreet talks brokered by a third party produced an agreement on a prisoner swap between Angola, Mozambique, and South Africa. This created the confidence for a series of informal contacts which resulted in the Brazzaville Accord, an historic agreement which led to a peaceful settlement of the conflicts in southern Africa, the withdrawal of Cuban troops from Angola, and the independence of Namibia — and which ultimately paved the way for an end to Apartheid.

In politics, public red lines are often unavoidable. But the pursuit of policies aimed at isolating and disenfranchising opponents risks entrenching a conflict, delaying resolution, and prolonging humanitarian suffering.

As a former diplomat, I would never undervalue the benefits of regular diplomatic negotiations or the work of the UN and other international bodies. These will remain the appropriate fora for high-level negotiation and the drafting of accords. But parallel diplomacy can play a vital role in taking the first steps to start a dialogue, in building mutual trust, and in persuading parties that it’s worth their while to come to the formal negotiating table.

The stalemate with Cuba may now be thankfully consigned to the history books, but with the world mired in so many conflicts — many of them seemingly intractable or involving that mixture of non-state and state actors which has proved so unfavorable for more conventional diplomatic solutions — the scope for parallel diplomacy has never been greater.

Recent news coverage has focused on the entrenched conflict in Libya, where fighting between different armed factions has pushed the country dangerously close to becoming a failed state. However, there have been signs of hope in the south of the country, where the Community of Sant’Egidio has been helping to broker a dialogue between representatives of the rival Tebu and Tuareg tribes. The process scored a success in April, when the two sides issued a joint statement of support for the nascent UN-backed unity government — a promising outcome of parallel dialogue in a fractured nation.

Prospects for a peaceful settlement to some of today’s conflicts may seem impossibly remote. But every peace process has to begin with individuals being encouraged to find a way to talk to each other.