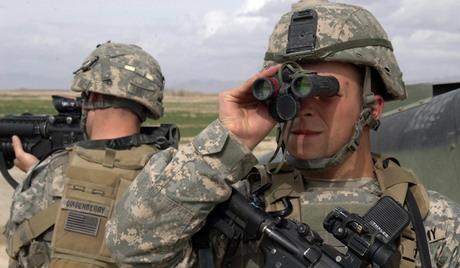 Sequestration: Our Military is Due for Downsizing 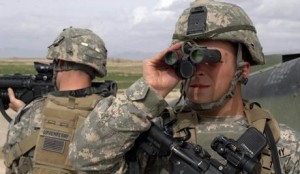 If you’re an advocate, Iike I am, for revamped federal priorities that shift resources from a bloated Pentagon budget toward neglected domestic priorities, your take on this animal can’t be simple. You say cutting everything indiscriminately is a bad way to run a government (this view is nearly universal). You oppose the cuts in the domestic budget that will leave us with fewer food safety inspectors, medical researchers, Head Start teachers, and airport baggage screeners on the job. But you can reel off long lists of ways to cut waste in the Pentagon budget to the levels prescribed by sequestration, and show that these cuts will leave us completely safe.

But you also know that the whole conversation is focused on the wrong topic. It’s past time to shift this conversation away from austerity and toward investment to create jobs, as clear majorities of voters said in November was what they wanted.

Now let’s look at the Washington Post’s blogger who says he writes “from a liberal perspective,” Greg Sargent. On Wednesday he went at the Republican position on sequestration, wielding a new report from the non-partisan Congressional Research Service. The report found that the single most important cause of increased income inequality in recent years is the favored tax treatment given to capital gains and stock dividends — i.e. what the rich have used to get richer.

The Democrats, as Sargent points out, want to change this, taxing the rich and using the proceeds to replace the sequester cuts. The Republicans want to stick with sequestration and keep this favored treatment for the rich.

But all of this puts the Republicans, says Sargent, in the position of “openly conceding that the sequester will gut the military.” It’s a concession that Sargent appears to be taking at face value. Or at least not calling into question.

Gut the military? That’s what the Joint Chiefs of Staff have been saying any chance they get. Sequestration would “invite aggression,” says lingering Defense Secretary Leon Panetta. It will “put the nation at greater risk of coercion,” says the Joint Chiefs Chair, Martin Dempsey. When asked at a recent congressional hearing which nation might coerce us, though, he couldn’t say.

In fact, sequestration will not “gut” our military. Our military budget has nearly doubled since 2001. Sequestration would take it back to the level it was in 2007 — when we were still fighting two wars. Adjusted for inflation, it would leave that budget higher than its Cold War average — when we had an adversary that was spending roughly what we were on its military. Now, as Michael Cohen notes in The Guardian, the closest thing to a peer adversary we have is China, and we are spending more on research and development of new weapons than the Chinese are spending on their entire military. We spend more on our military, in fact, than the next 14 countries put together.

After the longest period of war in our history, we are due for a defense downsizing. Sequestration would create a shallower downsizing than any of the previous postwar periods since World War II. We can do this, and we should. We need the money for other things.

As sequestration threatens to confuse us all, let’s be sure to stay clear on that, at least.