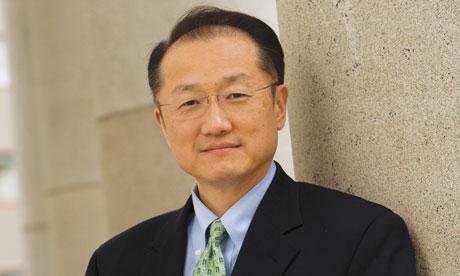 Shaking Up the World Bank?

Jim Kim represents a different kind of economics that could shake up the World Bank.
By Gregg Gonsalves | April 14, 2012 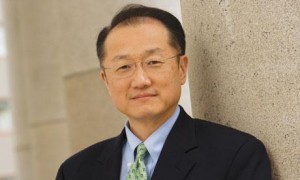 Lant Pritchett—a professor of the practice of international development at the Harvard Kennedy School—has been leading a campaign against the election of Jim Kim to the World Bank presidency. Although he isn’t the only critic of Kim’s nomination, he is among the most vocal and prominent. Many of his criticisms have been amplified and echoed by other leading development economists like William Easterly at New York University and several people associated with the Center for Global Development in Washington, DC.

Over the past few weeks, Pritchett has questioned Kim’s qualifications, saying a lack of training in economics and experience in world finance should disqualify him from consideration for the post. He has further suggested that the nomination is about the arrogance of U.S. power and hegemony over the institution and that he should step aside for a merit-based election in which the Nigerian candidate for the post, Ngozi Okonjo-Iweala, a World Bank, Harvard and MIT alum and finance minister of Nigeria would sweep to victory.

Pritchett goes on to define humane development as a kind of philanthropy, where people step into the breach when national development has failed, when “these idealists and the organizations they run have helped to mitigate famines, pandemics, poverty, violence, and lawlessness in some of the poorest areas in the world.” Jim Kim is a humane development type in Pritchett’s eyes, not fit to run the Bank, which should focus on national development alone, an approach that Ngozi Okonjo-Iweala, a card-carrying economist would bring to Washington, DC.

A leader in the field of modern national development, Pritchett is deeply myopic. First, although economic growth has lifted many people out of poverty over the past century, inequity is pervasive, leading to the creation of a new transnational economic elite or rich people without borders. Class-based distinctions are rapidly replacing the birth-based distinctions and divisive identities that Pritchett rightly decries. A focus on growth in the aggregate often overlooks the little people.

Second, political responsiveness and accountability as well as better governance and administration have been integral to work on health and other issues that are not directly about economic growth. Achieving the aims of national development can come through work on things other than economics and democratization in the abstract.

The fight against AIDS has been transformative in this regard. As the South African journalist Jonny Steinberg has said in his book Three Letter Plague: “The idea of demanding that a drug be put on a shelf, or that a doctor arrive at his appointed time, is without precedent. The social movement to which AIDS medicine has given birth is utterly novel in this part of the world, the relationship between its members and state institutions previously unheard of.” Pritchett has vociferously complained about the provision of Anti-Retroviral Therapy in the developing world as a prime example of palliative humane development and misguided philanthropy. But in fact, this approach to AIDS treatment and prevention has all been about key aspects of national development, about “polity, administration, and society,” as Pritchett himself terms it.

For Pritchett and his peers, Jim Kim is a crazed, leftist charity worker who pushed pills on Africa–this is why they dislike him so. They refuse, again and again, to see what Kim did, what we all did, as critical to their own self-professed goals around democratization. The push for AIDS treatment was not charity or mitigation. It has been about what governments should do for their citizens; it has been about redefining citizenship and state responsibility.

Over the past several decades those working at the highest levels of economic and social policy around the world have sought to redefine state responsibilities downward. The historian Tony Judt described this well in his book Ill Fares the Land. The post-World War Two social contract enshrined a system of social protections around the world, in Europe, Canada, and Australia and even in the United States, which offered a safety net for the poor and the sick as a core responsibility of the state.

This social contract has increasingly been under attack. From Clinton’s “welfare reform” in the 1990s to the current, slow dismantling of the national health service in the UK by David Cameron and Nick Clegg, states are getting out of the business of helping the poor and the sick. These political choices derive from larger intellectual frameworks constructed largely by economists who do not consider things like healthcare to be a “public good” and believe that states should only invest in broad based benefits, key among them economic growth and defense.

Lant Pritchett and a generation of development economists like him, all heirs to the economist Thomas Malthus, promote growth and democratization, even if it creates a new caste system based on inequities in wealth within countries or a new-class of have-nots, as in have-not healthcare or have-not education. ”AIDS is a catastrophe,” Pritchett told The New York Times several years ago. ”And it’s not fair, if treatments exist, not to give them to all these people who are dying. But it’s also not fair that more than a third of children in Africa are malnourished. It’s not fair that maybe 140 babies in every 1,000 will die before the age of 1, and more than a third will never learn to read. All of it is unfair. Unfairness is not the test for action.” For Pritchett, the test for action is about economic growth. AIDS drugs or better schools will come along like manna from heaven only as a result of growth and democratization.

Jim Kim’s work in AIDS, tuberculosis, and the like has been about transforming the world for the better. It has not been out of some charitable impulse but derives instead from a vision about what the world should look like, about what governments should and should not do for their people, about the delivery of public services, and about our role as active citizens.

Economists have gotten a bad rap lately. So many have been so spectacularly wrong about the origins of the current worldwide economic crisis and its aftermath. Some of this in the end is about the status of economics as a science, about protecting a discipline that is deeply political but strives to cloak itself with objectivity. Jim Kim, trained in the biomedical sciences to rely on hard endpoints, is a threat in a more fundamental sense. He doesn’t take the laws of economics as equivalent to the law of gravity or the germ theory of disease.

To be fair, some economists are raising serious questions about the rigor of their assumptions, an over-reliance on models, and the need for a far better quality of evidence, far beyond the sub-specialty of global development. Jim Kim would bring such fresh voices and thinking to the Bank. Trained as an anthropologist as well, Kim knows there a variety of tools with which to see the world as long as you know their limitations. Pritchett and his colleagues don’t have this humility.

In the end, Jim Kim represents a national development perspective, but a critical one. For Pritchett, national development is about economy, polity, administration, and society. Kim’s work has certainly centered around the last three of these, and he will bring a critical eye to the first. I am sure Ngozi Okonjo-Iweala is brilliant. I am not quite sure that she represents much more than a reinforcing of traditional ideas about development or offers a sufficient critique of the system. She is the establishment’s choice, even if she hails from Africa.

As others have said, including economists like John Bates Clark medal winner Daron Acemoglu from MIT, the opposition to Kim all seems like a strange defense of business as usual from people who have been critics of the Bank in the past.

Gregg GonsalvesGregg Gonsalves is a leading HIV/AIDS activist, an Open Society Fellow, and a contributor to Foreign Policy In Focus.