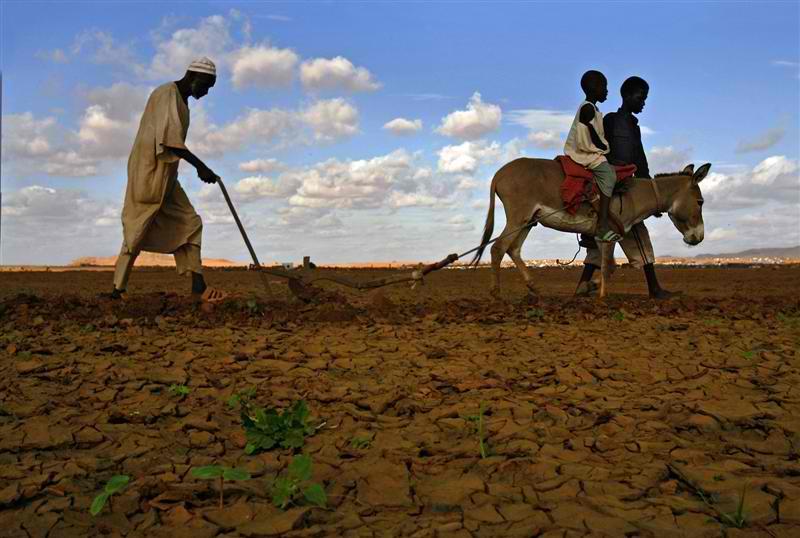 Sierra Leone Up for Grabs

The case of the Sierra Leone "15" highlights the country's growing resistance to multinational land-grabs.
By Heath Mitchell | May 17, 2012 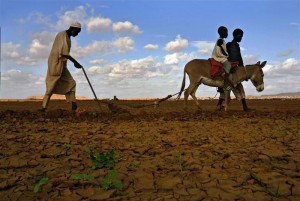 Last October, 100 farmers gathered to protest against the Sierra Leone branch of the multinational corporate agribusiness giant, Socfin. The farmers were furious over the company’s lack of transparency, its refusal to consult with local communities, its miserly compensation for dispossessed farmers, and its brazen pressuring of local leaders.

The farmers formed a blockade on the road to a company plantation and were eventually removed by the police. David Sesay, assistant inspector general for the southern region of Sierra Leone, claimed that the demonstrators were “continually rioting, blocking the road, and impeding people from going to work.” Police initially detained 38 people, according to one eyewitness account, and seized more people from their homes later that night. Locals claimed that these arrests were entirely arbitrary.

Most of these men — but not all — were released the next day. After going unfed in the capital city jail for eight days, the remaining 15 farmers were released and received with new levels of celebrity among the populace and infamy among government and business circles. Since the release of “the 15” from jail in Pujehun last October, hundreds of Sierra Leoneans have flooded the courtroom for their hearings.

Sierra Leone is but one flashpoint for an increasingly aggressive land-grab industry.

Socfin SL is a subsidiary of a larger multinational agribusiness investor called Groupe Socfin. This multinational corporation has been accused of engaging in land grabs in countries all over the world through a complicated network of holding companies. The group manages 150,000 hectares of land worldwide, including over 51,000 hectares of palm plantations in Nigeria, Ivory Coast, and Cameroon. The Bolloré Group, one of the top 500 companies in the world, holds nearly 39 percent of Socfin’s shares.

The group’s CEO and namesake, Vincent Bolloré, is France’s 18th-wealthiest man. With a net worth of $16 billion, Bolloré’s access to power and influence makes him nearly untouchable; Nicolas Sarkozy even dubbed him an “honor to the French economy” and vacationed on the billionaire’s yacht.

Between 2009 and 2011, the group’s profits grew by 187 percent, with a major assist from its plantations in Asia and Africa. Notably, Bolloré is also heavily involved in Africa’s shipping industry, ensuring that the group has control over the entire production process and can maximize its returns at every step.

The results are stunning. A 2012 report by the International Land Coalition estimates that international conglomerates like Bolloré and Monsanto gobbled up more than 200 million hectares of land for large-scale monocrop production between 2000 and 2010, mostly in sub-Saharan Africa. In the case of Sierra Leone, investors had already bought up 17 percent of the country’s arable land by early 2011.

Last year, Socfin signed a contract to rent 6,500 hectares of land in the Malen chiefdom in southern Sierra Leone, intending to produce rubber and palm oil for global markets. According to one investigative report, “The land leased by Socfin [belongs to] between 27 and 30 villages and about 120 land-owning families.” In addition to exporting diamonds, many of the approximately 280,000 people living in the region are involved in agriculture, producing mostly cassava, coffee, and cacao. This year, Socfin will be seeking 5,000 more hectares of land from the region.

Residents were enraged to find that the company bought this land for only $5 per hectare, far below the land’s actual value to both the company and the farmers who worked the land previously. Of this, only half goes back directly to the original owners. Socfin agreed to provide a modest pittance to reimburse farmers producing oil palm crops but offered little or nothing in compensation for other lost crops or trees. Some farmers, moreover, were under the impression that this $220 reimbursement would be paid annually, when in fact it was a one-time payoff.

These concerns all fall within a collection of grievances listed in a brief released by the Oakland Institute. These may be organized into three separate categories: legal abuses, violations of human rights, and environmental recklessness.

An in-depth legal review reveals that the agreement between Socfin and the Sierra Leonean government does not abide by necessary legal frameworks. Most notably, the company clearly did not obtain informed consent from local communities. Women and key local leaders were excluded from discussions, and parts of the contract were not even released in local languages until two months after it was signed.

Some community members accuse corrupt local officials of interceding in the negotiation process and prohibiting locals from having any substantial contact with Socfin SL. Those locals involved in the negotiations complained that Socfin and the government concealed specific details about what land was being used and how many people would have to be relocated. Many communities felt that they were coerced into signing the agreement. One prominent local chief, B.V.S Kebbie, is said to have repeatedly told communities that they would lose their land without compensation if they did not sign. Kebbie was purportedly bribed with “a new vehicle.”

Indeed, hinting at the prevalence of widespread corruption, the contract seems to promise few returns for the government of Sierra Leone itself. Socfin will pay no corporate taxes for the next 10 years and a mere 25-percent rate for the subsequent 40 years at least. Because farmers in the region never relied on land deeds or legal markings to demarcate their property prior to the Socfin land agreement, Socfin has given landowners neither receipts nor any other documentation to confirm the acreage rented or compensation given to local landowners. “The long length of the lease,” concludes the Oakland Institute, “together with the lack of proper documentation and marking is likely to make the lease permanent.”

Reports of appalling working conditions at Socfin sites are common across Africa and Asia. Sierra Leone is no exception, with reports surfacing of “near-slavery conditions.” Laborers work six days a week and are given one daily half-hour lunch break. One interviewee claimed that an entire day’s wage would be withheld if a worker returned 10 minutes late from lunch. Workers make less than $2.25 a day and are provided with no medical coverage, even for on-the-job injuries.

Finally, the agreement signed by Socfin and the government of Sierra Leone entails some deplorable environmental addendums. The memorandum of understanding signed by the government affords Socfin unlimited water access, stating that “there will be no restriction on the volume of water extracted by SAC [Socfin] from rivers, other watercourses, wells and boreholes.” Socfin also secured a very low price for water use and didn’t bother to establish a method of measuring the amount it consumes. Socfin has essentially absorbed vital resources for corporate exploitation with complete disregard for the local populations who have depended on these resources for generations.

Additionally, monocropping — the large-scale agribusiness model that is Socfin’s hallmark — can have drastic effects on the environment by upsetting the balance maintained in more varied ecosystems. These radical transformations threaten native species of plants and animals.

At the beginning of April, the local NGO Green Scenery partnered with the newly established Sierra Leone Network on the Right to Land to host over 100 land rights activists and farmers affected by these aggressive territorial purchases. The conference recommended that the government review all recent contracts and territorial agreements.

The groups hoped that banding together would enable them to combat the powerful influence that multinational corporations like Socfin SL often have over small states like Sierra Leone. The Guardian reported that the gathering also produced a new civil society watchdog group to monitor agribusiness investments.

The landowners and laborers are fighting to make their voices heard. In the meantime, it appears that “the 15” will have to rely heavily on their local support and assistance from international human rights organizations like the Oakland Institute and Oxfam as they take on some of the world’s most powerful agricultural tycoons. The evidence is clearly in their favor, even if the politics are not.