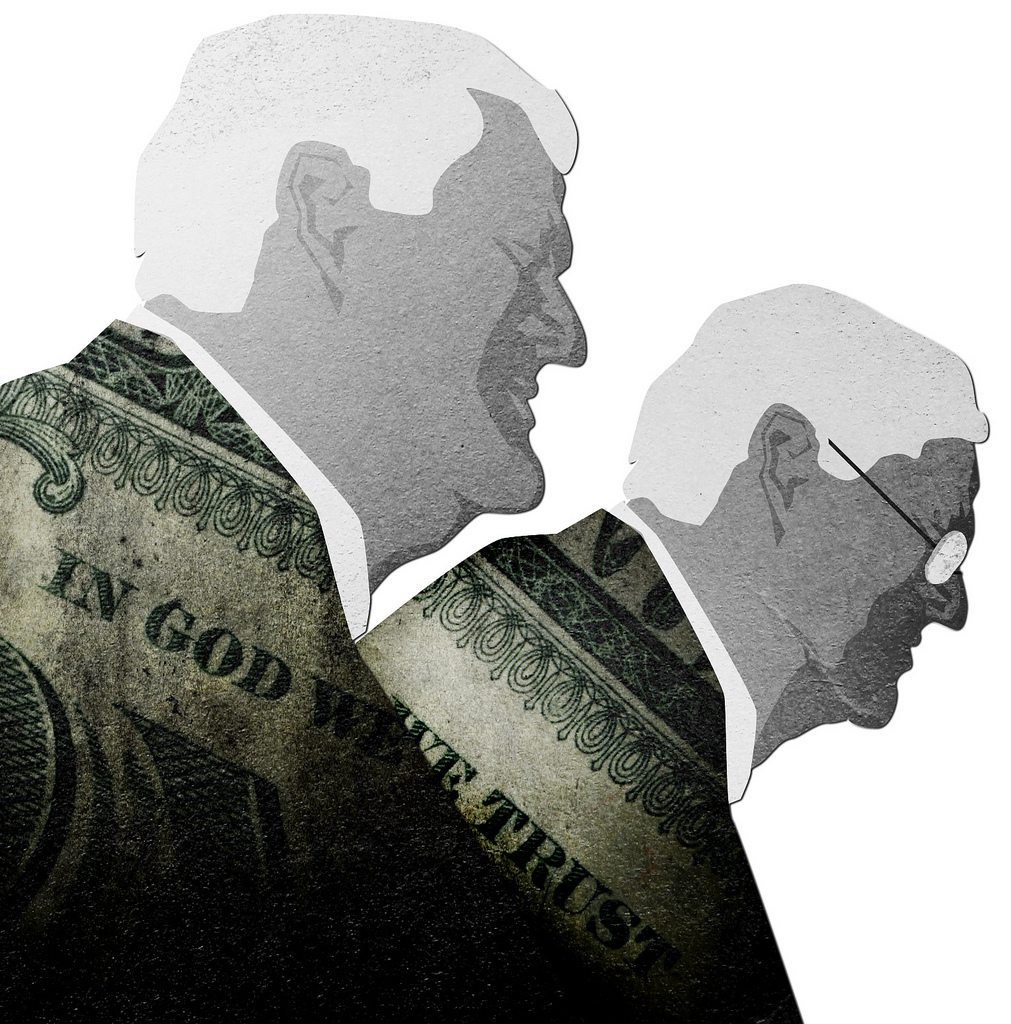 How Sky-High CEO Pay Pollutes Our Planet — and Our Politics

The leaders of fossil fuel companies are personally incentivized to keep their firms on a path of climate destruction.
By Kaela Bamberger | December 2, 2015

Each year, the leaders of all the world’s nations gather to talk about climate change. Each year, people fighting for climate justice hope these leaders will forge an international agreement to address carbon emissions. Each year, they’ve been disappointed.

Our government has already warned us not to get our hopes up for this year’s climate summit, which started November 30 in Paris. Secretary of State John Kerry has played down the legal weight of any deal that might come out of the talks. A binding treaty would require approval by two-thirds of the U.S. Senate, which is heavily populated by climate deniers.

The upcoming presidential election makes America’s ability to commit to finally addressing climate change even more unpredictable. This is particularly devastating when we consider that the largest share of the world’s historical carbon emissions have come from the United States and its markets, while poorer countries bear the brunt of climate change symptoms like severe storms and drought.

Why is U.S. political resistance so strong? There are many complex reasons, but one of them — the influence of the fossil fuel industry — is undeniable.

So far in the current election cycle, oil and gas company PACs have spent more than $4.2 million on federal races. But that’s just the beginning. In the last presidential election year, they spent a total of more than $70 million.

Their largesse crosses party lines. While Republicans are better known for their outright climate denial, former Democratic Senator Mary Landrieu received the third-largest haul — more than $1 million, according to Oil Change International — from dirty energy industries in the last Congress.

What’s less well-known is how the leaders of these fossil fuel companies are personally incentivized to keep their firms on a path of climate destruction. A report by the Institute for Policy Studies, “Money to Burn,” provides a detailed analysis of all the ways our CEO pay system rewards top oil, gas, and coal executives for sticking with the status quo rather than transitioning to clean energy sources.

For example, most CEO compensation is stock-based, which encourages a fixation on pumping up share prices in the short term, regardless of the long-term costs for the environment. The report also found that all of the top oil producers link annual bonus payments to expansion of carbon reserves.

Basically, if these executives drill and mine more, they get bigger paychecks.

ExxonMobil CEO Rex Tillerson is a prime example. In 2014, Tillerson took home a whopping $33 million, in part for drilling his first well in the Arctic — a risky venture serving as a gateway to fuel extraction far beyond what our planet can handle. Corporate boards that build compensation packages like these not only fail to incentivize investment in renewable energy, but actually encourage environmental degradation.

The case of Tillerson’s company is especially perverse. Recent research revealed that Exxon’s top scientists reported to management about the fossil fuel industry’s role in what would likely be catastrophic climate change as early as 1978. When Lawrence G. Rawl — CEO of Exxon at the time — heard this news, it’s not difficult to guess what was on his mind: the size of his paycheck.

The scientists’ warnings were ignored. And as recently as the 2014 election cycle, ExxonMobil’s PAC dished out $715,000 in campaign contributions to candidates who have either denied or raised questions about climate science, according to the IPS report.

The exorbitant executive pay packages at ExxonMobil and other fossil fuel companies aren’t that much different from those in other industries, but the consequences are more terrifying for the rest of us. Tillerson and his peers are lavishly incentivized to exacerbate climate change and to push back against efforts to stem the catastrophic consequences already taking place.

How are ExxonMobil and other fossil fuel companies approaching the Paris climate talks? The gathering is meant for government leaders, but there are no rules barring the parallel participation of the fossil fuel industry.

As world leaders convene to negotiate cuts to carbon emissions, in other words, Tillerson and other fossil fuel executives have a place at the table. And as long as we continue to allow dirty energy money to pollute our politics, these companies have little to fear about their freedom to pollute our planet, too. If they don’t succeed in obstructing progress in Paris, they’ll simply turn their focus to the U.S. Congress.

Kaela Bamberger is a contributor to Foreign Policy In Focus.