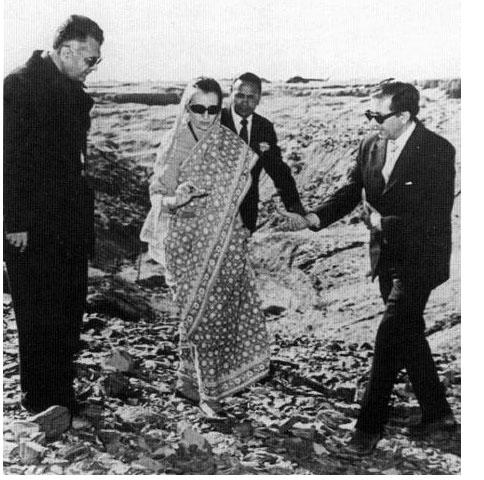 Would You Trust a Country That Named Its First Nuke Test ‘Smiling Buddha’?

When it comes to calling states rogues, why does India get a pass?
By Russ Wellen | June 28, 2010 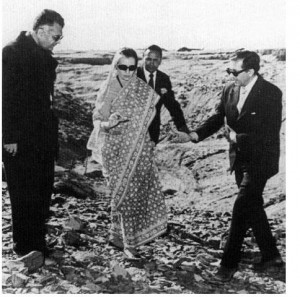 One sure route for a state to be slapped with the label “rogue ” is to develop nuclear weapons but shun the nuclear Non-proliferation Treaty. Pakistan refused to sign while North Korea signed but withdrew. Israel dodged the NPT by refusing to acknowledge it even developed nuclear weapons. We’ll leave Iran out of the equation because, despite constantly testing the International Atomic Energy Agency’s limits, it doesn’t seem to have completed the process.

But, like Israel, another state developed nuclear weapons before the NPT (though without refusing to acknowledging them), and refrained from signing the treaty. In fact, the case could be made that it’s more of a rogue than any of the other states. Oddly, it’s the state with a reputation for being the most spiritual in the world since it’s the birthplace of both Hinduism and Buddhism — India, of course. Yet it (or its rulers and policymakers at the time) were seemingly out of touch with said spiritualism to such an extent that in 1974 they code-named India’s first nuclear test the Smiling Buddha. They even scheduled it for the day on which the Buddha’s birth is celebrated in India. This was only the start.

In 1998 U.S. sanctions were placed upon the country in response to more nuclear tests. When the Bush Administration lifted the aforementioned sanctions against India in the wake of . . . September 11, 2001, and then progressively loosened export and commerce laws against India, it ignored [India’s refusal to sign not only the NPT, but] the Proliferation Security Initiative . . . the Comprehensive Test Ban Treaty . . . or the Missile Technology Control Regime.

[In 2008] the United States approached the Nuclear Suppliers Group . . . to grant a waiver to India to commence civilian nuclear trade. … The implementation of this waiver makes India the only known country with nuclear weapons which is not a party to the Non Proliferation Treaty . . . but is still allowed to carry out nuclear commerce with the rest of the world. [Emphasis added.]

It’s bad enough that the United States and the Nuclear Suppliers Group made India their pet rogue. But, Hoey writes, “It is also highly unlikely that India will subscribe to the treaty to Prevent an Arms Race in Outer Space.” Even worse, “Indian military officials have set a target date to deploy an ambitious anti-satellite system. … for electronic or physical destruction of satellites . . . by 2015.”

In conclusion, Hoey writes, “At a time when the international spotlight seems trained on North Korea and Iran, a growing tolerance for India’s belligerence in building its nuclear and missile capabilities appears to shield it from similar scrutiny.”

Why the tolerance? As Andrew Lichterman and M.V. Ramana write in Beyond Arms Control (2010, Critical Will), “. . . the nuclear deal is part of a broader set of [U.S.-Indian] agreements [which] US-based multinationals are . . . hoping to use . . . as a wedge to further open India to foreign investment and sales.”

In the end, just more reasons that the Non-Aligned Nation movement (to which India supposedly belongs) can’t take the nuclear powers seriously about disarmament.