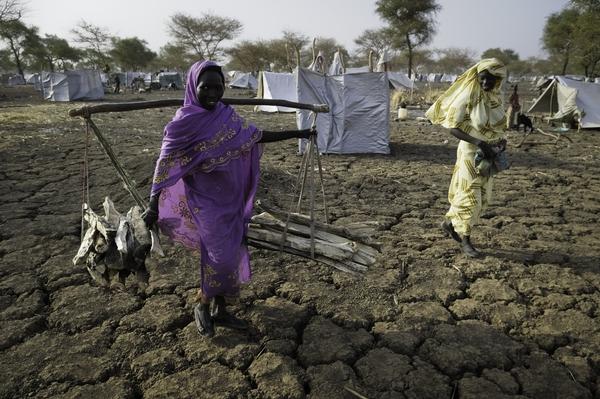 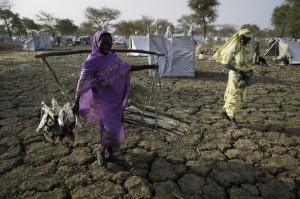 The status of the province of Abyei is an unresolved issue from the June 2011 détente between Sudan and South Sudan. In the year since South Sudan’s independence, the two countries have managed to avoid a full-scale war. But minor skirmishes on the border and illegitimate air raids on the Heglig oil field in April 2012, however, have disrupted that faulty peace.

Abyei, a small area with special administrative status on the border of Sudan and South Sudan, has been a source of contention between the two countries since the South’s independence. Both countries claim that it is the homeland of their respective populations and eventually agreed on a referendum among its people. But the details of the referendum weren’t set out in the 2011 détente. Because of various disagreements, including over the eligibility of residents to participate in the referendum, plans for a vote have been on hold since then.

On May 2, the UN Security Council issued a resolution demanding that the governments in Khartoum and Juba cease their open conflict and cross-border raids within two days. The deadline came and passed swiftly. By mid-May the former president of South Africa, Thabo Mbeki, had stepped in to offer his services as a mediator in a series of shuttle diplomacy talks. After flights to Khartoum and Juba he was able to get the two opposing governments to agree to continue talks. On May 17,the Security Council issued Resolution 2047, which extends the presence of UN security forces in Abyei until October 2012 and demands that Sudan and South Sudan finalize an agreement on the status of the contested region. Both sides agreed to resume negotiations on May 29, under the auspices of Mbeki, with the hope of resolving the conflict.

Negotiations over Abyei have always presented a riddle because it sits in Muglad Basin, an oil-rich rift basin on the border region. Heglig, a major oil field near Abyei, is a contested part of the surrounding area. The oil fields on the border and within Muglad collectively represent almost 25 percent of Sudan’s annual oil production. South Sudan has a majority of the oil fields on its side of the border, but Sudan is not ready to give up its only substantial revenue source.

It has been six months since the government in Juba decided to cut off the export of its oil to Sudan. That’s 350,000 barrels a day that are no longer conveyed through the oil pipes and exported at a rate of $100 per barrel. Each day that the oil flow is shut off, South Sudan loses $35 million. South Sudan shut off the oil because of a dispute with Khartoum over the cost of transporting the oil through Sudan’s pipelines. South Sudan claimed that Khartoum’s $36-a-barrel transit fee was highway robbery, and it refused to pay what amounted to 30 percent of its revenue for the use of the pipelines. South Sudan is gambling that it can survive 18 months until a new pipeline is built from the south of its country to an East African nation on the coast of the Indian Ocean, such as Kenya. The blockade has hurt both Sudans. The government in Khartoum has implemented austerity measures, including a cut in fuel subsidies. Public transportation prices have increased as much as 35 percent, and public protests have been going on in Khartoum since early June.

It has become a matter of national pride in South Sudan to “stick it” to the Sudanese. But that pride is causing starvation and dire economic straits throughout the country. Half of South Sudan’s population lives below the poverty line and cannot afford the hardship and strife caused by high inflation rates from the loss of government revenue. In May, the rising cost of food and oil boosted South Sudan’s inflation to an 80-percent growth rate. The sudden loss of oil revenues, 98 percent of the South Sudanese budget, has contributed to a glut of high prices across the board. The prices of hotels and restaurants have risen to 48 percent higher than this time last year. Rumors of hoarded food and fuel are rife.

According to Oxfam, the price of 11 pounds of sorghum – a drought- and heat-resistant cereal crop – is now $7.50, up from $5 in September 2011. The average South Sudanese resident makes between a dollar and two dollars a day. Strife in South Sudan is not just fueled by rising inflation, but also by endemic corruption, diaspora backlash, and an illiteracy rate of 90 percent among the rural population.

Talks between Juba and Khartoum in Addis Ababa concluded on June 27 with no agreement reached. Representatives from both delegations are expected to return to Addis Ababa on July 5, four days before the one-year anniversary of South Sudanese independence, to resume negotiations in three days of meetings. Talks are expected to be concluded by the African Union’s deadline of August 2.

The refugee camps in northern South Sudan have been flooded by an influx of people fleeing conflict in the disputed border region and who need food, water, and shelter. As of June 28, one of the largest refugee camps in South Sudan, Yida Refugee Camp, had 58,375 refugees, an increase of over 20,000 people from just a few months ago. Conditions have worsened in the camp since the rainy season began, washing out roads and humanitarian aid supply routes from southern South Sudan.

U.S. Ambassador to South Sudan Susan Page, appointed in 2011, has called on the governments in Khartoum and Juba to withdraw all security forces from Abyei in accordance with UN Security Resolution 2046. Both governments are wary of losing ground to the other. On June 6, State Department spokesman Mark Toner noted that the United States has provided $34 million in emergency response aid to South Sudan, but there remains a “a shortage of resources” to combat starvation, malnutrition, and dehydration in the refugee camps. He called on international partners to fund the remaining 70 percent of the UN Commissioner for Refugees’ budget, which totals $145 million.

The one-year anniversary of South Sudan’s independence is coming up on July 9. But with millions starving on the border and the country in dire economic straits, it doesn’t feel like much of a party.

Terah EdunTerah Edun is a contributor to Foreign Policy in Focus.