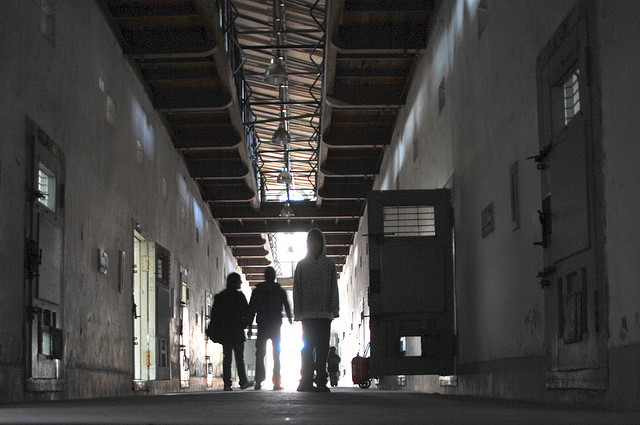 Often suspected of being spies, many North Korean defectors to South Korea are greeted with some of the same mistreatment they sought to escape up North.
By Markus Bell, Sarah Chee | September 18, 2013

In every way, Yu Woo-seong was a model defector. In his early 30s, he was smart, friendly, ambitious, and well liked.

Trained as a doctor in North Korea, he eschewed the competitive South Korean medical school system and instead pursued a bachelor’s degree in business and Chinese at a prominent Seoul university. Although he was still adapting to his new environment, Yu completed his university studies in 2011, having been in South Korea for less than six years.

While taking on organizing roles in Seoul-based clubs and organizations for North Korean defectors, Yu gained entry into a master’s degree program in education and social welfare. Less than one year into his graduate studies he was hired by Seoul’s city hall as a special attaché for North Korean defector projects. He balanced this demanding, full-time role with being president of a North-South youth organization. In addition to his study and work commitments, Yu was in high demand as a “reunification lecturer,” giving information to South Korean government departments and schools about life in North Korea.

By most measures, there were few if any traces of Yu’s “North Koreanness.” Although his accent would, on occasion, hint at his foreign origins, he seemed comfortable in North Korean, South Korean, and Western social circles. In every way, he was a model assimilation case.

All that changed early this year, when Yu was arrested as a North Korean spy.

The evidence against Yu was based on testimony from his sister, Yu Ga-Ryeo, collected during her own defection interview with South Korea’s National Information Service (NIS) in October 2012. During the intense and highly secretive interrogation that all aspiring defectors are subject to upon entering the country, Yu’s sister “confessed” that her brother was a spy (She also implicated herself in the alleged espionage activity). In January 2013, the South Korean government accused Yu of giving vital information—including a list of defectors residing in South Korea (information he was privy to through his work at City Hall) — to North Korean authorities located in China.

The plot took a further twist on March 5, when, after Yu had spent 179 days in detention, his sister retracted her testimony, claiming that she had been subject to physical and psychological abuse at the hands of NIS agents and deceived into making the confession. Later, she also spoke out against the abuses she claimed she had suffered at the hands of NIS agents, including reportedly being kicked and hit in the head. “I copied [the confession] with my own handwriting and signed it. I’m really sorry for what I have done to my brother,” she said.

After being released from custody, Yu’s sister was sent to China, where she has steadfastly maintained that her brother is innocent. News Tapa, a Korean investigative journalism outlet, probed the details of the case and agreed with Yu’s sister’s story, concluding that the evidence against Yu was fabricated under circumstances of torture. The NIS maintains that violence was not used to extract the confession from Yu’s sister.

The details of this case have remained sketchy at best, as both sides have accused the other of deception. One detail, however, has emerged as incontrovertible fact: Yu and his family are Chinese nationals who were born in North Korea.

Government prosecutors have charged, with support from nationalistic media outlets, that because Yu’s grandfather originally came from China and his family—including his sister and father—hold Chinese nationality, they are “Overseas Chinese,” not North Koreans. This is a major distinction in Korean politics that engenders a great deal of anger. Since the “Overseas Chinese” community in North Korea is a comparatively a privileged group, Yu’s accusers charge that he fraudulently obtained the benefits the South Korean government offers North Korean defectors—including years of government financial support payments, access to accommodation, and discounted study fees for his tertiary education.

It is further rumored that Yu’s status as a Chinese national was reported to authorities by more than one defector but not acted upon by the NIS, which did not want to deal with the legal and political consequences of the mistake it had made initially by letting him into South Korea. The veracity of these claims, also made by North Korean defectors who were close to Yu, is as yet impossible to verify.

Beyond the twine of blood and nationality that threads the socio-political fabric of both Koreas are basic issues of human rights.

In the modern, robust democracy that is South Korea, asylum claimants like Yu and his sister can be detained for up to 180 days. During this time an individual is subject to round-the-clock interrogation without legal representation. Questions include, but are not limited to: place of origin, motivation for and method of escape, political sympathies, family networks, day-to-day life in North Korea, movements and activities since birth, and medical history. These and many other questions are asked at all times of day and night while detainees are expected to write between 50 and 100 pages each day documenting their past. During this time, the individual also spends long periods in isolation. Emigrants often emerge from this process feeling as if things in South Korea are very much the same as they were in the North.

The general South Korean public seems at best oblivious to this process that is carried out in its name. To some degree, the absence of public discussion amounts to a tacit condoning of these practices. It must be asked, given the potential physical and psychological harm a process such as this can cause: Is it any surprise that thousands of North Koreans are re-migrating to third countries as soon as they can muster enough funds? (In one case, a defector even made headlines by vowing to defect back to North Korea.)

The South Korean English-language media contributes to public suspicion about North Korean emigrants. While the division of South Korean media along ideological lines is well known, it was disturbing to see the efficiency with which the print media’s coverage of Yu’s case shifted to thinly veiled declarations of his guilt.

While a January 21, 2013 report in the Dong-ah Ilbo, a major South Korean daily newspaper, had “Ex-NK defector employed with Seoul City Hall busted for spying” somewhat cumbersomely splashed across its headlines, the report at least managed to offer some modicum of objectivity, clarifying the evidence against the accused as being “circumstantial.” But hopes that this would not turn into a McCarthy-esque witch hunt were dashed the very next day when the same newspaper announced: “A former North Korean defector working for the Seoul city government has been caught spying for North Korea.”

While the piece concluded with a plea for South Koreans to “accept defectors with an open heart and help them resettle,” the body of the article made direct accusations: “The North keeps sending spies to the South disguised as defectors, and is using all possible means to cause chaos in its southern neighbor by using 24,000 defectors in the South. Highly trained spies sent to the South are well prepared to pass lie detector tests to prevent them from being detected. Seoul needs to make the defector verification process more thorough to nip the threat to national security in the bud.”

The point is clear: there are those among us who are not to be trusted. They may look like us, they may even share particular aspects of our history and culture, but they are not us. They are them, they are different, and look what they do when we give them a chance. The answer, the Dong-ah Ilbo seems to be telling its readers, is not a more transparent vetting process. To the contrary, now is the time for tightening the borders, for giving the government wider powers of detainment, and for accepting that the sacrifice of certain personal freedoms is a necessary evil if we are to triumph over them.

On August 22, after eight months in solitary confinement, a judge declared Yu Woo-seong innocent of all charges and he walked out of the In-deok detention center in south Seoul a free man. As he was led out of the courtroom in tears, this time unshackled, supporters applauded the verdict. That afternoon, over his first meal as a free man, Woo-seong had one question: “What was the last eight months for?” This is a question many people involved in this case will be asking themselves.

The question of Yu’s future remains up in the air, as the government has declared it will appeal the court’s decision and press for a retrial two more times—the maximum allowed by South Korean law. If Yu is eventually found guilty, state prosecutors have advised his defense team that they will push to have his South Korean citizenship revoked and for Yu to be deported to China, a country in which he has never lived.

Yu’s case reveals the weaknesses of the vetting system used to separate genuine North Korean refugees from spies or false claimants. Without a more transparent process that respects the human rights of these emigrants, it is likely that more bungled cases such as Yu’s will occur. This case further highlights the need for the media to question, rather than parrot, government announcements. High-quality reporting should take seriously the old legal maxim “innocent until proven guilty.”