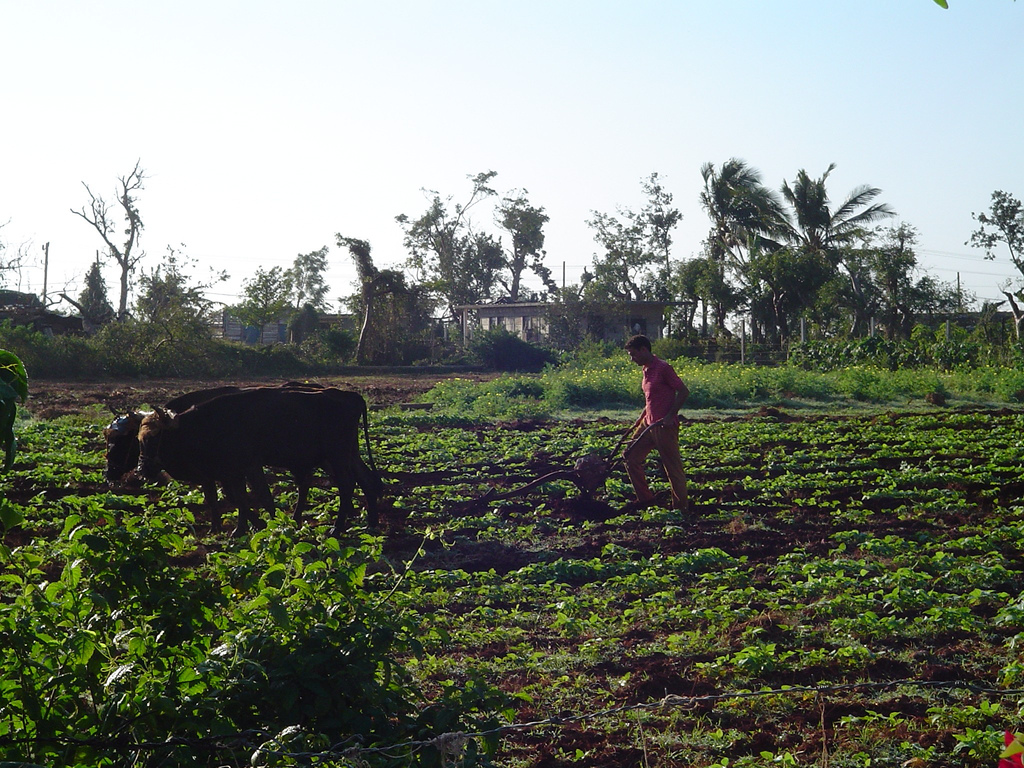 Developed countries are still using the WTO to squeeze small farmers in the developing world--and developing world governments are going along with the charade.
By Walden Bello | December 16, 2013 During the national debate on whether the Philippines should join the World Trade Organization in 1994-95, proponents promised that joining the organization would help create some 500,000 new agriculture jobs a year. The Philippines, they said, would become a powerhouse exporter of high-value-added crops like broccoli, snow peas, and cut flowers.

In fact, over the next decade, the country was turned from a net agricultural exporter into a net agricultural importer, and employment in agriculture dropped drastically in absolute numbers, from 11.2 million in 1994 to 10.8 million in 2001. In one commodity after another, Filipino producers were driven out of business by cheap subsidized imports of grain, poultry, vegetables, and livestock.

The situation was pretty much the same for many developing countries after 1995, as they were turned from dynamic net agricultural exporters to troubled net agricultural importers. Becoming a party to the Agreement on Agriculture in order to join the WTO, in short, was a bad, bad move.

I was reminded of the historic WTO debate by the negotiations over the so-called “Bali Package” at the recent World Trade Organization Ministerial meeting in Bali, Indonesia, which took place December 3-7.

The developed countries, led by the United States and the European Union, came to Bali with two proposals. The carrot was a “trade facilitation” initiative that would allegedly simplify customs procedures and thus increase global trade, they said, by a “trillion dollars.” The stick was a demand that developing countries get rid of significant support programs for farmers and consumers, like food stockpiling, in the next four years, or else be charged in a WTO court for exceeding their allowable subsidy levels of 10 percent of gross domestic product. This was the so-called “peace clause extension proposal.”

Many developing countries were upset by the peace clause proposal and skeptical about the benefits for them of the trade facilitation deal. India was especially threatened since it had just passed an expanded program of food stockpiling to help ensure the food security of poor farmers and consumers. But others joined India’s protest because the motion placed the burden of rectifying imbalances in the global food trade on developing countries while avoiding any commitment by developed countries to cut their more than $200 billion worth of yearly subsidies to their own agricultural sectors. This massive subsidization has led to systematic dumping, or selling goods below cost, in developing country markets that is driving farmers to bankruptcy.

After nearly 20 years of pulling off one shenanigan after another at the WTO, the developed country governments were at it again. Thus, I felt compelled to have a lengthy telephone exchange with the Philippines’ lead negotiator in Bali, Secretary of Trade and Industry Gregory Domingo. Secretary Domingo agreed that both proposals were unbalanced in favor of the developed countries. Those countries, he informed me, were not even willing to entertain cuts in their export subsidies—a small portion of their massive subsidy programs—in return for cuts in the already relatively minute subsidies of developing countries.

As for the proposed trade facilitation deal, Domingo admitted that it favored mainly big corporate players, not the small and medium enterprises of developing countries that were engaged in global agricultural commerce. In other words, the Philippine negotiating team was going to Bali with eyes wide open.

The same debate, between food-security advocates and government negotiators pressured by the United States and European Union, took place in other delegations, with Indian, Latin American, and African civil society groups warning their governments not to capitulate.

Gravely worried about the pressure that would be brought against the Philippines if it chose to support India’s stand against an agricultural trade deal, I texted the Philippine President, Benigno Aquino. “Let me just restate my strong opposition to the Philippines’ signing on the unbalanced Bali package,” I said. “I really hope we will not sacrifice the strategic interests of the Philippines and other developing countries just to achieve a Bali deal.”

I was pleasantly surprised when the president replied: “Prof, they are still negotiating and they have been instructed along the lines you have stated.” That gave me hope.

Over the next 24 hours, momentous developments took place. India backed down from its opposition when the developed countries agreed to drop their push to invoke sanctions on developing countries maintaining significant food support programs after an extension of four years. However, the burden of living up to the Agreement on Agriculture was still placed on developing countries. Moreover, only their existing food support programs would be covered by the deal, meaning new programs to support their farmers or consumers would open them up to lawsuits in the WTO court.

Most importantly, the developed countries, led again by the United States and European Union, refused to entertain any notion of reducing their massive subsidies, which are the main factor wreaking havoc in global agricultural trade.

As the negotiations drew to a close in the early morning of December 7, I got the following message from Secretary Domingo: “Congressman Bello, the Bali Package is a balanced package, and while parts of it, like some parts in the Trade Facilitation deal, will benefit others more, we benefit also big time in the more transparent processes that we will have, particularly in customs. The peace clause is also of significant benefit to the Philippines as revised without a fixed term limit.”

Déjà vu All Over Again

This was déjà vu all over again, to borrow Yogi Berra’s immortal phrase. We agreed to a deal on agriculture without the promise of any subsidy cuts on the part of the rich agricultural superpowers, who simply promised that the parties would work towards a “permanent peace clause,” whatever that is.

And as far as the gains from trade facilitation were concerned, the Philippine legislature was not provided with any figures on how we would gain “big time” from the deal. Again, the likely source of our trade secretary’s optimistic statement was an act of faith in the estimates of the WTO secretariat and neoliberal think tanks like the Washington-based Peterson Institute that there would be a global gain of $1 trillion in trade. Completely abandoned was his concern that it would be mainly big corporations, and not small and medium enterprises in the developing world, that would reap the greatest benefits from the deal.

As in 1995, Philippine negotiators allowed themselves to succumb to the pressures of developed country negotiators whose marching orders from their capitals are to make no substantive concessions. This hardline attitude has forced the developing countries to form an effective defensive bloc since the Seattle Ministerial of the WTO in 1999. In Bali, that bloc collapsed under the pressure exerted by developed countries as well as from Brazil, one of whose representatives fills the post of director general, and host country Indonesia, which wanted a deal at any cost for prestige reasons.

As in the Philippines, food-security advocates in other countries felt betrayed by their governments’ capitulation. “The Ministerial Decision seriously compromise[s] India’s food security and farmers’ livelihoods,” said the All India Kisan Sabha farmers’ coalition in a statement. “The agreement will threaten expansion of present programs of food security and price support to farmers as well as future programs with such objectives. The USA, EU and other developed countries have brokered a deal with the Commerce Minister Anand Sharma to protect the interests of the rich nations and their agribusinesses. “

For its part, the Africa Trade Network saw the trade facilitation deal as “the very opposite of what African countries need to address the fundamental and peculiar challenges that they face in moving goods and services across national borders. The text imposes obligations on all countries to adopt customs procedures which are standard in the advanced industrial countries, and which most of the big emerging economies have already voluntarily adopted, and which are commensurate with the stage of economic development. African countries on the other hand, have to undertake massive legislative, policy and infrastructural changes to live up to these standards.”

There is now a consensus that the Philippines—and most other developing countries—lost out by joining the WTO nearly 20 years ago. Our agriculture and industry are now on their last legs after becoming part of a global organization whose main “principle” is trade liberalization for developing countries and continued protectionism for the developed countries. I thought we had learned from the debacle of 1995. Our negotiators have not, being steeped in the art of swallowing the rosy calculations of the WTO spinmasters and caving in at the slightest pressure from the powerful.

As in 1995, developing countries will live to regret joining the frightened herd and signing the Bali deal.

Foreign Policy In Focus columnist Walden Bello, who represents the Akbayan Party in the Philippine House of Representatives, is an expert on the World Trade Organization and global trade.