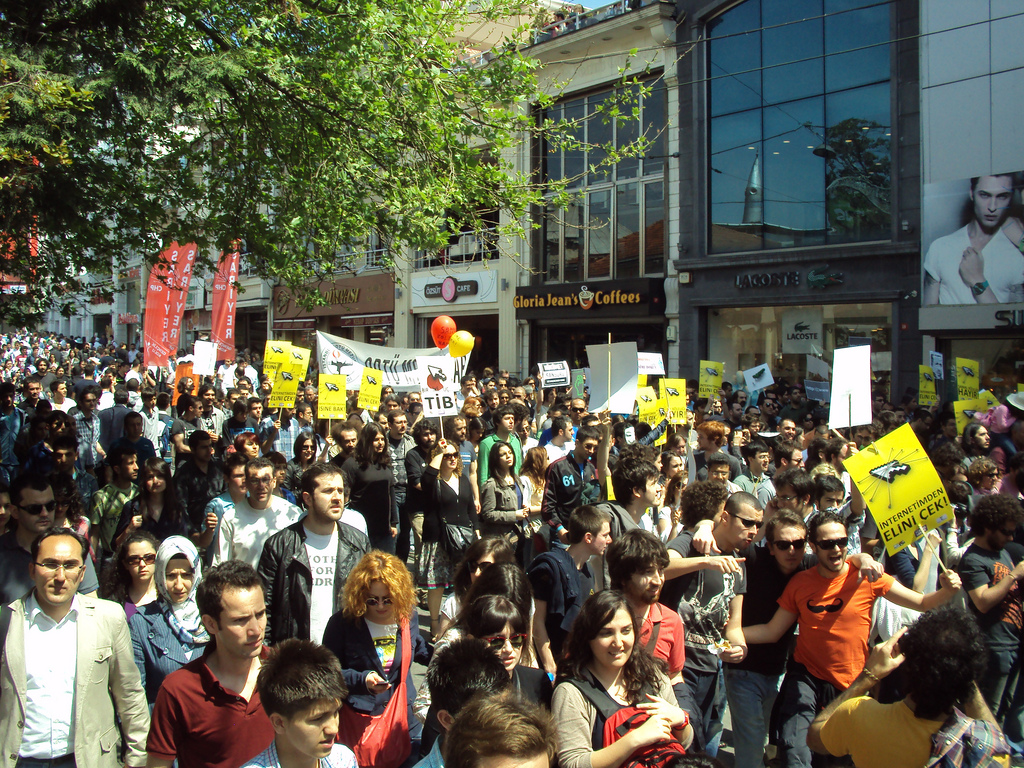 Standing Up in Turkey

If the AKP wants to truly strengthen Turkish democracy, it must stop seeing people who stand up quietly but defiantly as a threat to the country’s stability.
By John Feffer | October 7, 2013 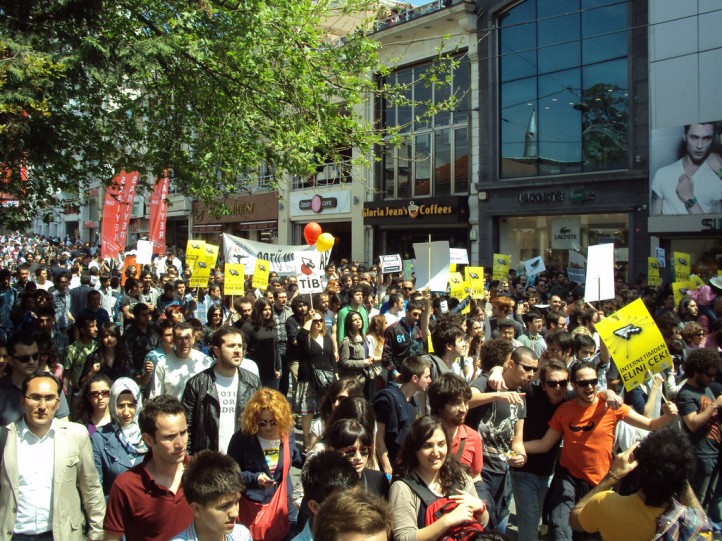 I arrived in Istanbul last September just as protests were flaring up throughout Turkey. An activist had died at a protest in a southern city, one of several victims of the confrontations with riot police over the last year.

By the time I got to Taksim Square in the heart of the city, the riot police had broken up the peaceful demonstration and chased protesters to all points of the compass. I managed to loop around behind the police barricade on the famous pedestrian thoroughfare Istiklal Caddesi. There I discovered a cadre of very well-prepared activists tweeting updates on their location and the activities of the police. The protestors wore hard hats and sophisticated gas masks. I was considerably less prepared, and the tear gas that hung in the air stung my eyes as I snapped photos of the confrontation.

It’s protest season again in Turkey. The summer holidays are at an end and students are back at university. People are returning to the streets to air their multiple grievances against the government of Recep Tayyip Erdogan and his Justice and Development Party (AKP).

At the end of May, these protests made international headlines when a gathering of people opposed to the construction of a shopping mall in a park near Taksim Square suddenly became an immensely popular encampment. The initial protestors were tree-huggers who wanted to preserve the park. But the protest quickly attracted a new generation of activists: young, democratic, creative, and often female. The government attempted to close the square only to face a fresh wave of tens of thousands of outraged Istanbul residents.

The government has backed away from its plan to build its mall. But dissatisfaction runs deep in Turkish society. It’s not just about a few trees in a park or the government’s heavy-handed approach to urban development. The protests in Turkey are really about the tensions between democracy, religion, and rival notions of modernity. And that connects what’s happening in Turkey with developments elsewhere in the Middle East.

Ever since the collapse of the Ottoman Empire, Turkey has been a strictly secular state. In the 1920s, Kemal Ataturk pushed through a rapid modernization program that relied heavily on the power of the Turkish armed forces to marginalize religion. As guarantor of this assertive secularism, the military initiated coups in roughly 20-year intervals (1960, 1980, 1997) whenever it determined that the political structures had bent too much to accommodate Islam.

The rise of the AKP remapped Turkish society. No longer was the conflict between the secular-minded military and the traditional masses. The new political party, which drew from an older Islamist tradition, was suddenly the chief motor of modernization. The AKP pushed through market-oriented economic reforms. It expanded Turkish democracy by carving out political space independent of the military. And, early on, it championed accession to the European Union and supported the changes necessary to facilitate entry.

At the same time, the AKP was challenging the assertive secularism of the Kemalist model. For instance, the government overturned the longstanding prohibition against women wearing headscarves at university and in public office. In contrast to France, another assertively secular society that has banned headscarves in public schools, the majority of Turks stood with the AKP in overturning the headscarf ban.

But of course not everyone is happy with the AKP. The government has thrown dozens of journalists in jail, arguing that they are either affiliated with terrorist organizations (namely the Kurdish group, PKK) or engaged in criminal activities. Many if not most of these journalists, however, seem to have been jailed because of their critical stance toward the government.

Then there are concerns about the AKP’s conservative social agenda. This spring the AKP pushed through a new law that restricts the sale of liquor. On the one hand, the law is not terribly different from what you would find in many other countries: a prohibition on sales of alcohol from 10 pm to 6 am and banning of alcohol advertising and promotion. But the government couched its new law not in terms of public health but public morals, and that’s a signal to some that the AKP aims to impose its version of Islam on the rest of Turkish society.

The protests that swelled in size last June reflected an anxiety that the AKP has drifted into authoritarianism. But this is not an Egyptian scenario, where hundreds of thousands poured into the streets to protest the rule of the Muslim Brotherhood, which led the military to reestablish power through a coup.

The AKP has effectively contained the Turkish military through judicial and constitutional means. The threat of a coup, so prevalent in modern Turkish history, has largely disappeared. Not only have constitutional changes and court cases reduced the power of the army, the Erdogan government has also come close to resolving the decades-long civil war with the Kurdish PKK. The end of this conflict would go a long way toward removing the military from public affairs.

The AKP is a modern, democratic force with a conservative political orientation, not unlike a Christian Democratic party in Europe. It represents a new economic elite that must challenge the old order to succeed. Like any ruling party in control of the state, it has demonstrated its power, in some cases in very unsavory ways. But it would be a mistake to associate this assertion of power with some attribute of Islam. Rather, the AKP is acting in the grand tradition of the Turkish state.

And yet, fear of Islamic extremism lies at the core of much of the anti-AKP sentiment, an Islamophobia that has echoes elsewhere in the region. Those who support the military coup in Egypt have spoken of their fears of the Islamist policies of the Muslim Brotherhood. Those who dismiss the rebels fighting in Syria point to the influence of al-Qaeda and other extreme movements. And in Turkey, many protestors worry about the AKP’s “secret agenda” of turning Turkey one day into Iran.

So far, however, the AKP has done a reasonably good job of demonstrating that Islam and democracy can go hand in hand. Even as the Turkish state flexes its muscle, Turkey remains an important model for countries in the Middle East trying to find a balance of religion in society. And nothing would strengthen that model more than to reinvigorate the accession talks so that Turkey can join the European Union.

Last June, when the authorities had cleared Taksim Square of protestors, one person launched his own peaceful challenge to the government. Erdem Gunduz simply stood in place in the square, eyes fixed on a portrait of Kemal Ataturk on a nearby building. He stood there for hours. Hundreds of others followed the example of the Standing Man. The authorities responded with more arrests.

Turkey has accomplished a great deal over the last decade. Its economy is prospering, and its military no longer threatens its democracy. But if the AKP wants to truly strengthen Turkish democracy, it must stop seeing people who stand up quietly but defiantly as a threat to the country’s stability.