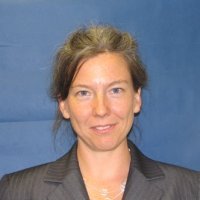 There is no more fitting way to observe the anniversary of the U.S. bombing of Hiroshima and Nagasaki then to ratify the new strategic arms reduction treaty, argues columnist Frida Berrigan.
By Frida Berrigan | August 12, 2010

After 65 years, is there anything new to say about nuclear weapons? Their immense and almost incomprehensible destructive power is well known. Their tenacious endurance as the weapon, even after the collapse of the Soviet Union and the end of the Cold War, is an unavoidable fact as nine nations currently stockpile these world menacers. Their superpower allure to emerging states remains untarnished despite international treaties discouraging proliferation.

This year, on the anniversary of the U.S. bombing of Hiroshima — an act that incinerated more than 70,000 in an instant — the U.S. ambassador to Japan attended a memorial ceremony for the very first time. Ambassador John Roos laid a wreath during the ceremony but did not make a speech or issue a statement. Most notably to the thousands who attended, he did not apologize on behalf of the United States.

Nuclear weapons are once again in the news, not because of something that happened sixty-five years ago this August, but because of what may happen in the Senate in the next month: ratification of the START treaty. But the two events are intimately related.

In April, President Barack Obama and his Russian counterpart President Dmitry Medvedev signed what is known as New START, the New Strategic Arms Reduction Treaty, which will cut the number of long-range nuclear warheads that each side has to about 1,550 nuclear warheads each. The agreement was the culmination of more than a year of negotiations and replaces a Reagan-era treaty. It will need to be ratified in the Senate where a vote could happen as early as September. As with any treaty, a two-thirds majority is required for ratification.

Senate Republicans have signaled a tough fight for the seven or eight votes they may deign to give. Some are holdovers from the George W. Bush era of “peace through strength, not through paper” who view any treaty as an unforgivable compromise. Others are bargain-hunters, seeking to wring major concessions from the administration in exchange for their votes.

Already Obama has conceded on this point, assuring the Republicans that they can expect tens of billions of dollars of new investment in the nuclear weapons complex. The exact number (so far) is $80 billion over the next decade, but to some that is not enough. Senate minority whip Jon Kyl from Arizona, where a number of nuclear facilities are located, is pushing for at least $10 billion more. These funds will go to upgrades at facilities within the nuclear weapons complex and to sophisticated programs aimed at refurbishing and improving the function of the nuclear weapons currently in the stockpile.

The Price of Arms Control

Against the backdrop of Obama’s pledge to “seek the peace and security of a world without nuclear weapons,” the nuclear modernization program is a steep price to pay for a treaty. At the very least, it is a one-step-forward-two-steps-back dance routine that commits the United States to the forward movement of nuclear reductions while also taking us back by investing scarce resources into improving the weapons that we hope to one day eliminate.

Even with all of this horse-trading, ratification is not a fait accompli. Numerous arms control groups in Washington are feverishly working to ensure that the treaty becomes law. At the same time, the Heritage Foundation and other right-leaning outfits churn out a steady diet of disinformation about the treaty and its ramifications. The two sides tirelessly argue with one another over the finer points of verification mechanisms, the true meaning of the (non-binding) preamble, and whether or not the treaty bars the United States from pursuing missile defense technologies. These arguments are important, and I hope that the treaty proponents win in the end. The facts are certainly on their side.

But, in this month that we remember Hiroshima and Nagasaki, that we mourn the deaths of hundreds of thousands of people killed in those two atomic bombings, I would much prefer to be listening to other voices: the voices of the Hibakusha. These are the men and women who witnessed the mushroom clouds, who saw their world destroyed in an instant, who endured a lifetime of physical agony from their wounds and unending mental anguish because of what they experienced. They are not lost in the weeds of complicated treaties. They speak a simple message we all must hear and respond to — never again, no more nuclear weapons, disarmament now.

If Ambassador John Roos had listened in Hiroshima last week, that is what he would have heard. That is what men and women on both sides of the aisle in the Senate should hear as they prepare to cast their vote on New START. That is what Obama, Kyl, and staffers at Heritage should all hear.

New START is just the beginning of the work for nuclear disarmament. And it is work that is 65 years overdue. So delay is not an option.

Frida BerriganFrida Berrigan consults with the New America Foundation’s Arms and Security Initiative and is a columnist for Foreign Policy In Focus.