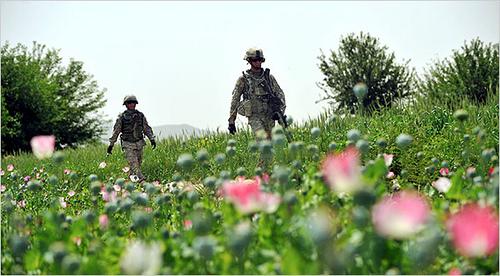 In Address to Congress, President Obama returned to his perceived strong suit to discuss how the United States must operate from a position of strength.
By John Feffer | January 25, 2012

In his State of the Union address last night, President Barack Obama began with what is widely perceived to be his strong suit: foreign policy. The nation is safer under his watch, he reassured his audience, now that Osama bin Laden is gone, al-Qaeda is broken, and U.S. troops are out of Iraq. It’s too bad that the president couldn’t lead with diplomatic accomplishments to prove that the United States has reestablished a new relationship with the international community and gained a new level of global respect. Instead, President Obama felt the need to emphasize U.S. military power. 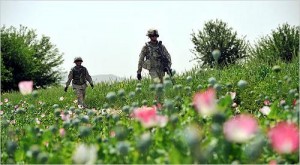 Imagine how breathtaking it would have been if the president had begun his speech differently by touting diplomatic breakthroughs with Iran and North Korea. Instead, the United States has edged closer to conflict with the former and has largely ignored the latter. Imagine if the president could point to the closure of the detention facility in Guantanamo, a campaign promise and a pledge from his first day in office, as a signal to the world that the United States had turned its back on the lawless behavior of the previous administration. Imagine if the president could take credit for a responsible drawdown of Pentagon spending and the application of a true peace dividend to job creation at home. Alas, the cuts in military spending the president has proposed have been extraordinarily modest and don’t address either Pentagon waste or pressing human needs at home and abroad.

After his ode to American military strength, the president turned to his central issue: the economy. He gestured in the direction of foreign policy – to praise free-trade agreements, to bash the Chinese for unfair trade practices – but all the messages were subordinate to fixing the U.S. economy. As a practical need and a political necessity, the president was certainly wise to focus on pocketbook issues. But his us-versus-them rhetoric is ultimately unhelpful. The United States has to work with other economic powers not only to get the global economy up and running again but to restructure it so that it no longer disproportionately benefits the wealthiest 1 percent of countries, corporations, and individuals.

Obama returned to his perceived strong suit in the end to discuss how the United States must operate from a position of strength. Unfortunately, he was talking about the strength of the U.S. military. The United States should indeed set an example: of wise diplomacy, global economic equity, and sensible budget priorities at home. Perhaps the next State of the Union can begin on a note of international cooperation instead of unilateral triumphalism.