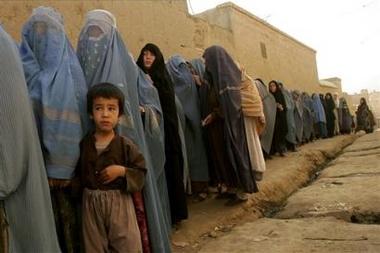 All Afghan elections to date have been bankrolled—and largely organized—by international donors. In advance of 2014, Afghans and donors alike need to decide what to do to stage a credible presidential election and what can realistically be done given the timetable and costs.

Current Afghan law requires voters to present a registration card. Since 2003, the donor community has spent some $300 million to register voters in an attempt to prevent duplicate voting and keep ineligible voters at bay.

The result has been an ineffectual, expensive, and easily circumvented registration system that is barely worthy of the name. But more importantly, the problems it is designed to address have proven completely negligible when compared to more prevalent forms of fraud such as ballot box stuffing and fraudulent counting.

Before it spends any more money on Afghanistan’s troubled election process, the international community needs to take an honest accounting of what actually helps provide for a credible election.

Donor assistance began with a focus on creating a voter registry. The first registration was held December 2003-August 2004 prior to the 2004 presidential election. The cost was roughly $120 million for 11.3 million registrations. While the registration forms included fields for voters’ addresses, forms were often not filled in completely, and only the province was reliably entered into a database. Registration cards (a tear-off portion of the form), with province listed, were issued on the spot. No system prevented individuals from registering multiple times.

Perhaps the failure to enter address data was due to time or cost constraints. It also may have seemed unnecessary, because the entire country was a single jurisdiction for the presidential election. There was no assignment to voting places and no voter lists were produced. People could vote anywhere in the country simply by presenting a voter card that was hole-punched after voting. No use was made of the database. Only ink applied to the voter’s finger prevented people from casting multiple votes.

A four-week registration drive before the 2005 provincial council and parliamentary elections added about 1.7 million registrations to the 2003-2004 database. Again, some incomplete address information was collected, but province was indicated on the voter’s card. Since these elections were conducted province-wide, the card was sufficient to allow the individual to vote anywhere in the province. As in 2004, there were no voter lists and no use was made of the database.

Prior to the 2009 presidential and provincial council elections, a registration drive billed as an update was held, but people who had registered earlier could easily do so again, any number of times. Approximately 4.5 million registrations were collected and (partially) entered into a new database. In 2010, before the parliamentary election, another brief update added about 300,000 registrations. Province was indicated on the voter’s card, and finger ink was again the only deterrent to duplicate voting.

By 2008, the problem of duplicate registrations was well known. An individual who cleaned his fingers could vote multiple times simply by presenting a different card at each polling station.

The solution chosen for the 2008-2009 registration was to collect biometrics—thumbprints and photographs—in order to detect and eliminate duplicate registrations through an automated database match process. But thumbprints and photographs, taken by minimally trained local registrars across Afghanistan, were of uneven quality. Neither was reliably effective in detecting duplicates in the database, and women voters were not required to be photographed.

But because address information needed for producing voter lists was never entered, an individual with multiple cards could vote multiple times even if duplicates were biometrically eliminated from the database. That is, in the absence of address information and assignment of voters to polling places, the biometric exercise was completely pointless.

So even after all these years of expensive registration efforts, Afghanistan still lacks an effective voter registration system. No use has been made of either database, and no voter lists have been or can be generated. All that has been achieved is the distribution of some 17 million cards, with some unknown number of individuals having multiple cards. Ink on the finger is the one and only means of preventing duplicate voting.

There have been many Afghan media reports of individuals with dozens of cards and as a result, Afghans seem to regard the registration “system” as ridden with fraud.

Living in Afghanistan during the 2004, 2005, 2009, and 2010 elections, however, I recall no public discussion of the sheer unlikelihood of individuals running around voting multiple times. A voter who scrubbed his finger might have voted more than once, but due to the time involved in traveling and waiting in line, multiple voting seems unlikely to have any discernable effect on an election. In view of the minimal significance of duplicate voting, an expensive biometric process—even if well done—seems like a solution in search of a problem.

More importantly, why is registration needed at all? The answer is important for future decisions about electoral procedures and has significant implications for cost.

In a democracy, decisions should be made by those who have the legal capacity to participate and must live with the results—not by outsiders. Eligibility is an issue in the United States given the number of people in the country who are not U.S. citizens (tourists, business visitors, immigrants in various stages of processing, undocumented migrants, etc.). In Europe, with open borders, those present in one country may well be citizens of another.

But in Afghanistan, there are essentially no tourists, few immigrants, and only a few individuals of Pakistani or other origin (usually readily identifiable as such) present in the country. While Afghan birthdates are often not known precisely, age is not difficult to estimate based on appearance and local vouching. When registration cards have been issued to minors, this appears to be a matter of registrar fraud rather than actual uncertainty about age.

The number of adults in Afghanistan on a presidential election day who are legally unqualified to vote is so small as to be statistically insignificant in an electorate of at least 12 million. The cost of a registration process designed to detect this handful of ineligible voters—which has thus far been totally ineffective at actually doing so—is certainly not worth it, especially while significant sources of fraud go unaddressed. It appears that the donor emphasis on registration beginning in 2003 reflects Western election issues rather than any concerns rooted in the Afghan context.

In the United States, ballot box stuffing is difficult—due to the number of observers present in polling places, media and parties matching ballots cast against turnout, and the use of reporting systems that allow results within an hour or two of the polls closing.

In Afghanistan, ballot box stuffing is extremely easy. The lack of observers and media—reflecting both insecurity and the embryonic development of civil society and political institutions—makes real voter turnout very difficult to determine and render it easy for local officials and strongmen to control ballot boxes. One NGO, Free and Fair Election Foundation of Afghanistan, has shown the way on observation and reporting, but is limited in national reach.

The international community lacks good information about the extent to which vote counting has been manipulated either locally or at the data center in Kabul. We do know that there has been no systematic means of preventing or detecting fraud in the count at any level.

In the ballot boxes I observed during a fraud investigation in Kandahar in 2009, tally sheets sealed in the ballot boxes accurately reported the number of ballots in the box that were fraudulently marked for President Karzai. That is, election workers went to the trouble of filling out bogus ballots rather than just listing a fraudulent total. Ballot box stuffing was the big-ticket fraud. Approximately a million ballots were thrown out in the South due to such fraud.

Given the statutory requirement of a voter card, the Afghan Independent Election Commission (IEC) has recently proposed that individuals vote in 2014 using an old registration card. Popular opposition to this announcement probably reflects both disillusionment with the old duplicates and a belief—fostered by international donors—that registration matters. In any case, using the old cards provides an incomplete solution since no cards have been issued since 2010. Many people would be ineligible to vote, lacking a card of any vintage. What to do given the late hour?

If Afghanistan were following the constitutional election calendar, it would be very easy to conduct the 2014 presidential election: eliminate the statutory registration requirement. Anyone who appears to be Afghan and old enough should be able to vote. The handful of “ineligibles” voting would only add noise. Ink would prevent duplicate voting.

But this simple solution does not suffice since the IEC has complicated matters for 2014. Instead of scheduling the provincial council elections for 2013 per the constitution, the IEC has decided to delay these elections—citing reasons of cost—and combine them with the presidential election. For provincial elections, residence in the province is required. While most old registration cards specify province, voters without cards would lack this documentation.

Given the failures of past Kabul-based registration efforts, conducting a new national registration to issue new provincial identifier cards to these individuals seems questionable—especially since most Afghans already have a tazkira, the Afghan identity card. While there are variations in the cards (which are handwritten, issued locally, and not reflected in any database), they generally include the province of issuance and sometimes place of residence, and hence could establish provincial eligibility.

There have been many reports of district officials demanding inflated fees for tazkiras. This would be a good time for the Afghan government to crack down on such extortion and also require more uniformity in the collection of province and other information. This is a service delivery improvement that could be readily be implemented at virtually no cost. Presidential and provincial elections could be conducted in 2014 with no further registration effort.

The Afghan government in fact recently announced plans to issue an e-tazkira, an electronic version of the identity card with a centralized database, to be used for various governmental benefits and also for election registration. It would be implemented by the Ministry of Communications and Information Technology, a technically quite capable ministry.

Yet because of the uselessness of the two databases created since 2003, this would require a complete re-registration of the entire Afghan adult population. Even if the system—in contrast to all previous efforts—were well designed and executed, it is an expensive undertaking, and completion before the projected April 5, 2014 election date is a sheer logistical impossibility. Partial re-registration would be politically contentious, and would also represent little technical improvement over the current partial registration (i.e., those in possession of cards issued 2010 and earlier).

If Afghanistan wants to create an e-tazkira for its own purposes, it can do so—but there is no reason for the international community to finance a rushed effort on the assumption that it is necessary before holding the 2014 presidential election.

Besides supplying copious quantities of high-quality finger ink, the international community should invest in combating the real sources of electoral fraud. For example, inventory controls on the ballots and audits in the counting systems would be very useful. Current SMS technologies would enable poll watchers and local NGOs to provide real time reporting of turnout and results, providing a check on ballot box stuffing.

A credible presidential election could set Afghanistan on a more stable path. If we focus on real sources of fraud rather than the window dressing of registration, we can yet make a real contribution before we head for the exits.

Inge FryklundMs. Inge Fryklund, JD, PhD, has worked with election systems in the U.S. and Kosovo as well as in Afghanistan. She has spent more than four years in Afghanistan, including working with USAID for the 2004 and 2005 elections, the Afghan Independent Election Commission (IEC) Data Center during the 2009 voter registration period and on the election fraud investigation in Kandahar following the 2009 presidential election. She can be reached via inge.fryklund@gmail.com.