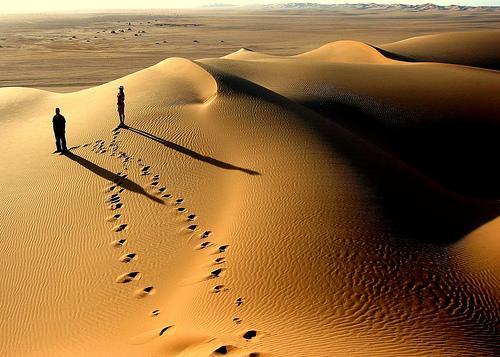 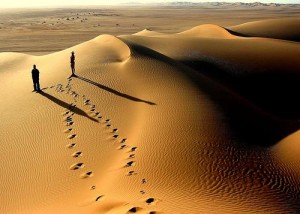 In this strategic dialogue, Michael Bérubé and David Gibbs reply to each other’s initial essays on the legacy of the NATO intervention in Libya. You can read Berube’s initial essay here and Gibbs’ essay here.

The most striking feature of Michael Bérubé’s recent Foreign Policy In Focus article is his assumption that Western leaders can be trusted to use violence responsibly. This assumption suffuses the whole essay. Accordingly, he concludes that the Libyan people will control their own future, without foreign influence:

[O]ne thing seems certain for now – the immediate future of Libya will be determined overwhelmingly by the Libyan people themselves. Critics of NATO’s intervention in Libya should explain whether this outcome is unacceptable to them, and if so, why.

There is an implication that the NATO states will refrain from abusing their power by meddling in Libyan politics, which will be left to the Libyan people. Bérubé seems quite sure of all this.

Under scrutiny, however, Bérubé’s assumption appears dubious. If one surveys the history of international relations, great powers have regularly meddled in the internal politics of other countries, in order to obtain strategic or economic benefits. It is only common sense that they would seek such benefits, and there is no reason to assume Libya will be any exception to this basic trend. Indeed, Libya’s vast oil reserves, which are the ninth largest in the world, would constitute a rich prize for the Western states, and for private interests within those states.

In surveying past interventions in Vietnam, Chile, Congo, Italy, Haiti, Iraq, Iran, or numerous other targets, we see that the United States has a long history of meddling, for self-interested reasons, and then lying to the public about it. Indeed, the CIA and the National Endowment for Democracy were largely created for the purpose of meddling. France and Britain too have extensive histories of intervention, with unpleasant results. One senses that Bérubé would like to flush this history down the proverbial memory hole, along with other inconvenient facts; including the Western intimacy with the Gaddafi dictatorship, which endured up until the revolts against him, beginning less than one year ago.

In addition, Bérubé’s essay raises a larger issue, which is the atmosphere of naïveté that now pervades liberal opinion in the United States. Increasingly, discussions of foreign policyare marred by sentimentality, wishful thinking, and unrealistic assumptions. Bérubé’s writing offers an excellent illustration of a more basic problem.

There was a time in the past when U.S. liberals could see through official propaganda and look critically at the foreign policies of both political parties. Consider the following 1974 statements by Daniel Ellsberg, regarding U.S. intervention in Vietnam:

Note the intellectual toughness and moral integrity of Ellsberg’s remarks — and compare them with the banality of Mr. Bérubé’s essay, which is basically an advertisement for the Democratic Party and the Obama reelection campaign.

One must lament this loss of critical analysis, which is evident throughout the liberal establishment.The analytical vacuum that results from this situation forms part of the larger context in which humanitarian intervention can become popular.

The cause of humanitarian intervention clearly has become a moral crusade for liberal intellectuals, who seem infatuated with the idea of righteous violence. But it is a peculiar crusade, given the appalling history of interventions in Iraq, Afghanistan, and the former Yugoslavia, and probably in Libya as well. These interventions have absorbed vast amounts of resources that could have been better used, for more genuinely humanitarian purposes, while they have increased human suffering in the targeted countries. They have empowered agencies of the state, notably the military and intelligence services, which have long records of destruction and public deception, and little interest in democratic accountability.They have contributed to the intimidation of legitimate dissent (an activity in which both Bérubé and Juan Cole have participated through their smears and ad hominem attacks against the antiwar movement).

And finally, the pro-intervention crusade has distracted activists from taking on issues (fighting global austerity for example) that actually can improve peoples’ lives, with little risk of harm — and without bombing anyone.

In his initial response to my essay on Libya, published in Alexander Cockburn’s journal Counterpunch, David Gibbs concluded on a preposterous note: “Bérubé presents himself as part of the ‘decent left,’ but he uses the same techniques as David Horowitz and the McCarthyite right.” My record of opposition to Horowitz is well known, and need not be rehearsed here. (Would that Gibbs had joined that fight.) But as for the charge of McCarthyism: so far, I have not established a congressional committee to blacklist antiwar activists, or instituted loyalty oaths, or removed antiwar faculty from their positions. I plead guilty only to writing an essay for a small independent journal. I did not believe it was possible, at this late date, to cheapen political discourse still further by evacuating the term “McCarthyite” of whatever meaning the term retains. I admit that I was wrong in this belief.

But I am happy to see that David Gibbs’ contribution to this forum is conducted in a more sober register. With regard to Libya’s immediate future, I agree with Gibbs’ assessment that it is still too early to tell what will come of NATO’s intervention:

the facts on the ground are ambiguous. On the one hand, the National Transitional Council (NTC) has achieved full control of the country, and so far has avoided the post-Gaddafi chaos that many had feared. On the other hand, the situation remains unstable, as indicated by the frequent clashes among rival militia groups for control of Tripoli and other areas.

Likewise, I want to second Gibbs’ clear-eyed view of the Gaddafi regime: “No one should mourn the fall of Gaddafi, who (despite some accomplishments) remained at base an unsavory and megalomaniacal figure. The question is whether the new regime will prove any better – or worse — than what came before.”

I did not write my essay on the antiwar left and Libya in order to take issue with such positions. Apparently I need to make this very clear, because in her contribution to Counterpunch, Diana Johnstone gets this precisely wrong: “In his article, ‘Libya and the Left: Benghazi and After,’ Michael Bérubé uses the occasion to bunch together the varied critics of the war as ‘the Manichean left.’” On the contrary, I tried to use the occasion to distinguish careful and plausible critics of the war from hard-left culture warriors in their hardened bunkers; among the latter I should single out for distinction Alexander Cockburn himself, who used the occasion of Gaddafi’s ouster to write an embarrassing mash note mourning his fall:

Dollar for dollar I doubt Qaddafi has a rival in any assessment of the amount of oil revenues in his domain actually distributed for benign social purposes. Derision is heaped on his Green Book, but in intention it can surely stand favorable comparison with kindred Western texts. Anyone labeled by Ronald Reagan “This mad dog of the Middle East” has an honored place in my personal pantheon.

David Gibbs that knows Libya’s future is precarious, though the country is not currently in chaos, and he has no illusions about Gaddafi’s rule. So far, so good. Where he and I differ is on the legitimacy of NATO’s intervention, and on its likely consequences for the Middle East and for NATO nations.

On the Middle East, Gibbs writes, “the resulting sense of hubris augments the risk of future military actions against Iran, Syria, and other possible targets.” But Syria is headed toward civil war as we speak, as a result of internal Syrian revolt, and as I noted in my initial contribution to this forum, there are no plausible prospects for Western intervention. The fate of Western involvement in Iran, I fear, will depend largely on the 2012 presidential election (though few hardened leftists will credit that argument). On the home front, Gibbs writes, “the Libyan success will generate heightened levels of military expenditure. The British military has already been using the intervention as an argument for more funding; the same situation will no doubt occur in France and the United States as well.” But it has not occurred in the United States, where current discussion about reducing our insanely bloated military budget does not reference Libya at all.

Where Gibbs is most grievously wrong, however, is on the history and principles of intervention. His essay studiously ignores the degree to which the Libyan intervention won regional and international legitimacy, and rehearses some post-Kosovo arguments that seem strained to the breaking point. “Purported efforts at humanitarian intervention have certainly made things worse in the past,” he writes, misleadingly adducing Iraq and Afghanistan. But “humanitarian intervention” was a desperate and flimsy post hoc justification for the Iraq War; the casus belli advanced in 2002-03 was Saddam’s purportedly fearful cache of WMD. Humanitarian intervention and the “responsibility to protect” (R2P) were never invoked with regard to Afghanistan, where the casus belli (long since expired, in my view) had to do with al-Qaeda’s base camp in Tora Bora and its links to the Taliban.

More to the point, humanitarian intervention certainly made things better in East Timor and Sierra Leone. People who are seriously interested in internationalism should acknowledge that much and try to draw the appropriate lessons from those interventions.

As for the Balkans, Gibbs continues to insist, as he has for over a decade, that “past interventions in Bosnia and Kosovo worsened the humanitarian crises in those areas, a point that is well documented even if little known,” even though (a) this claim is widely circulated on the hard left, and (b) this claim pretends that the crisis in the Balkans began in 1999.

Gibbs is opposed to “warmongering,” and that’s fine when the alternative to war is peace– rather than, say, genocidal massacres or ethnic cleansing. But when he says the Libya intervention “demonstrates liberals’ abandonment of their traditional peace position,” I have to reply that there have been times when principled people on the left supported intervention on behalf of popular uprisings against autocrats. I am grateful that the internationalist left with which I identify did not listen to people like David Gibbs in the 1930s and 1980s, and formed the Abraham Lincoln Brigade and the Committee in Solidarity with the People of El Salvador. I trust that this internationalist tradition will survive our debate about Libya.

Michael Berube, David GibbsForeign Policy In Focus contributor Michael Bérubé is the Paterno Family Professor in Literature at Pennsylvania State University, where he teaches cultural studies and American literature. He is the author of The Left at War, among other titles. Foreign Policy In Focus contributor David N. Gibbs is professor of history at the University of Arizona in Tucson. His latest book is First Do No Harm: Humanitarian Intervention and the Destruction of Yugoslavia (Vanderbilt, 2009). He can be reached at dgibbs@arizona.edu.