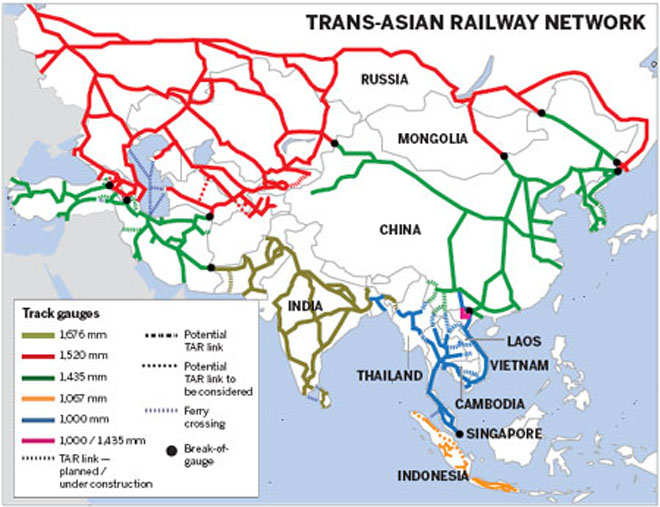 Susan Rice presented a plan in her Georgetown speech on how to make a deal with Beijing.
By Keith K C Hui | December 11, 2013

Sending Caroline Kennedy, a household name in the United States, to Japan as the ambassador indicates that President Obama has realized there is no better choice than using the tension in East Asia to capture and retain the attention of the American public to his amazing skills in handling Asia. While the jingoistic heat may stay for a while, the White House will cool it down soon.

Strategically speaking, without Taiwan as the “unsinkable aircraft carrier”, China’s air force is fragile around the islands in dispute, not to mention their wide generational gap behind the U.S. fighters.  Even laymen know that when Boeing is promoting the latest model—787 Dreamliner, China is still at the infant stage of manufacturing passenger jets. In terms of national strength and technology, China cannot match with the United States. The current hawkish talks will no doubt help newspapers sell better and online journals attract more eyeballs but insiders and military experts know that this confrontational game is asymmetrical. Nevertheless, both Tokyo and Beijing benefit from playing this game for domestic politics consideration in due course.

Prime Minister Shinzo Abe can make the best use of it to consolidate the public support for his Liberal Democratic Party during the newly won 4-year term at the House of Representatives by proving that his party is more protective of Japan’s national interest than the Democratic Party of Japan whose leaders like Naoto Kan and Yukio Hatoyama appeared to be weak at the bargaining table during their governance 2009-12.

To the Chinese Communist Party, the Sino-Japanese tension is the most gifted justification for fostering patriotism and weakening the idolization of the West by some netizens and scholars. All the parties in power know that this confrontational show will not lead to any combat and will not last long. When the calculation and pressure for election campaigning in Japan subside after 2016, serious negotiation will resume. Both sides do not want to see long-term shrinkage of trade volume and cannot afford to leave the crude and gas under the sea untouched forever. In fact, a delegation of leading Japanese business leaders, including Fujio Cho (honorary chairman of Toyota Motors) and Hiromasa Yonekura (honorary chairman of Nippon Steel and Sumitomo Metals) is having a week-long stay in Beijing to try to open the door for peace by meeting at least the Chinese Vice-Premier Wang Yang who is in charge of trade and commerce.

This 2014-16 period will therefore be the show time for the White House to mastermind the progress towards a warm feeling for talks. National Security Advisor Susan Rice revealed a hint on how the U.S. could pave the way for a Japan-China deal in her Georgetown University script. In the eighth paragraph of the speech titled “America’s Future in Asia”, she began by saying that when “it comes to China, we seek to operationalize a new model of major power relations” and then brought the audience to the Korean Peninsula, Iran, Afghanistan, “Sudan”, “sub-Saharan Africa” and even benefits of “the peoples of Africa”. Why is Africa dragged into this already complicated problem in a speech supposed to be on America-Asia when “it comes to China”?

Knowing that China is not just rushing to complete the 80,900-km Trans-Asian Railway project and the Bangladesh-China-India-Myanmar (BCIM) Economic Corridor, but also going to provide US$1 trillion of financing to Africa in the years to 2025 through the state-owned banks including the Eximbank to further increase the Chinese stakes in this under-developed continent, Washington could bargain for favors towards the U.S., Japan and even the Philippines by offering, say, ‘less barriers’ to China’s advancement to Africa. To China, the natural resources in western Asia, Latin America and Africa represent the lion share of the commodities the 1.3 billion population needs. Here is the simple equation Susan Rice is going to show the pragmatic Chinese helmsman rulers: In the wake of China’s no match for the military strength of the U.S. worldwide, a smaller share in the east (East Asia) plus a larger (or less costly) share in the west (western Asia and Africa) can yield the same amount of sum in the end.  It is how and why a deal is possible.

The opinions expressed are those of the author, and not necessarily those of Foreign Policy In Focus.