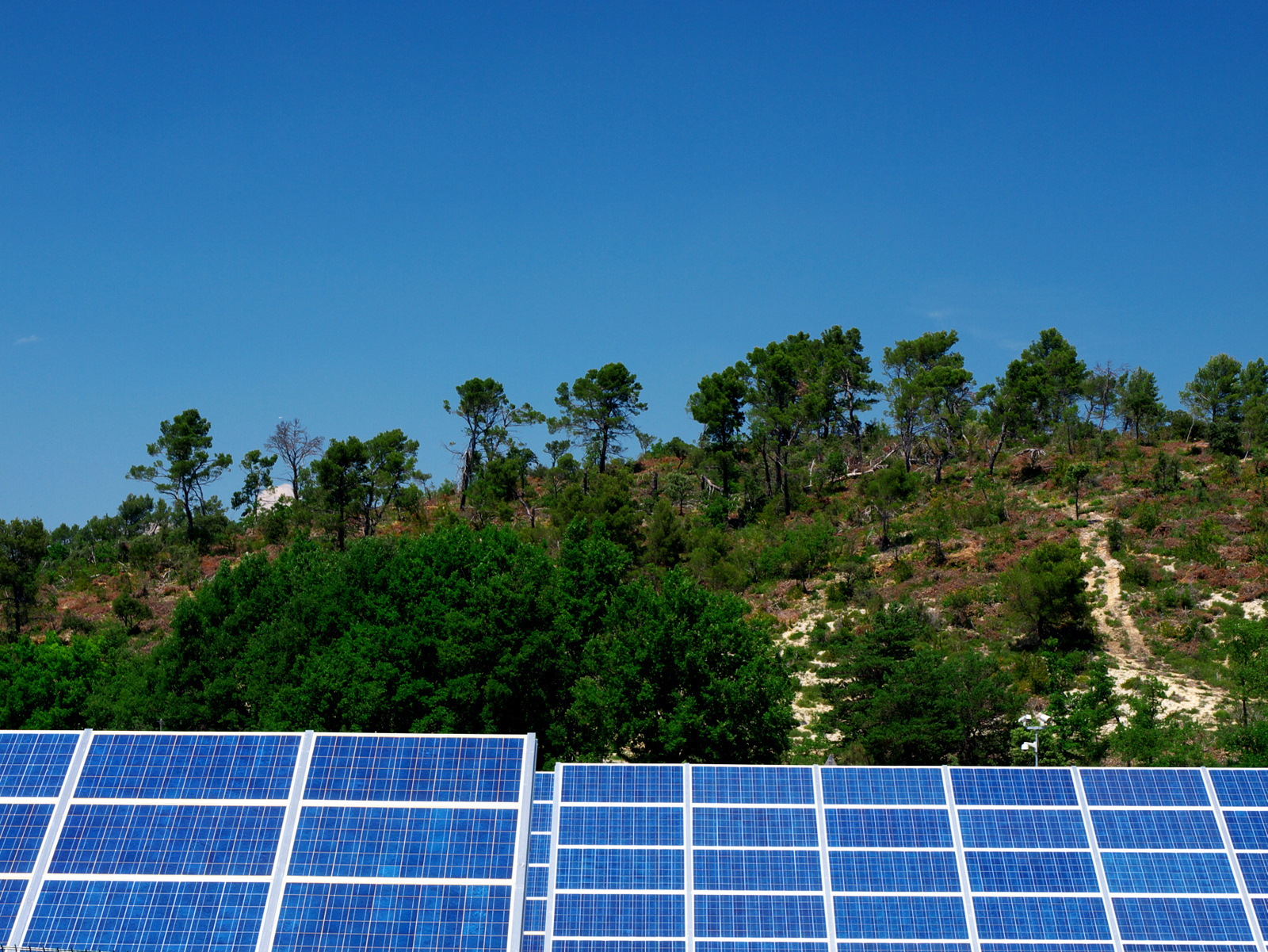 A great deal of good can happen if military contractors and militarized communities invest in new energy technology rather than Cold War weapons systems.
By Miriam Pemberton, Mattea Kramer | September 20, 2013 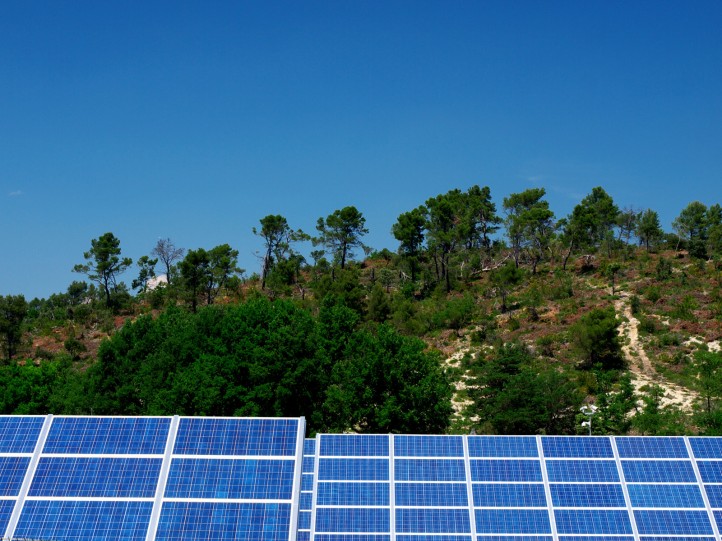 A trillion dollars. It’s a lot of money. In a year it could send 127 million college students to school, provide health insurance for 206 million people, or pay the salaries of seven million schoolteachers and seven million police officers. A trillion dollars could do a lot of good. It could transform or save a lot of lives. Now, imagine doubling the money; no, tripling it. How about quadrupling it, maybe quintupling it, or even sextupling it?

Unfortunately, you really will have to imagine that, because the money to do it isn’t there. It was (or will be) spent on Washington’s disastrous post-9/11 wars in Iraq and Afghanistan.

War, the military-industrial complex, and the national security state that go with it cost in every sense an arm and a leg. And that, in the twenty-first century, has been where so many American tax dollars have gone.

That’s because the cost of war always turns out to be more than estimated. Who could forget the $60 billion high-end figure the Bush administration offered in early 2003 as its estimate for its coming invasion of Iraq? A decade later, we’ve spent $814 billion in Iraq to date with the full price tag yet to come in. Recently, when the Obama administration was planning to launch Tomahawk missiles against Syria, just about nobody even bothered to talk about what it would have cost. (Before Washington even considered such a strike, the Tomahawk program was already costing U.S. taxpayers $36,000 per hour all year long.)

This reality has slowly sunk into American consciousness, which may be why the public in opinion polls has proven so clearly opposed to jumping into another overseas conflict when tax dollars are desperately needed at home.

And those Tomahawk missiles are just icing on the cake of what this country spends on its military and the national security state that goes with it, estimated at nearly a trillion dollars a year. A fire hose of taxpayer cash—to the tune of around $600 billion—gets pumped into the Department of Defense each year (and that doesn’t include the “civilian” intelligence community or the Department of Homeland Security).

The spending on that war machine is so profligate, in fact, that the Pentagon has never successfully completed an audit; its officials can’t even tell you where all that money goes. The U.S. accounts for a staggering 40 percent of all military expenditures globally. And some members of Congress—their bread buttered by military contractors—are ready to use the next war, whether in Syria or elsewhere, as a pretext to sustain or even expand our current wartime military budget.

Here’s what no one is talking about: maintaining that staggering level of military funding would mean squandering a once-in-a-generation opportunity. That’s because right now is a rare moment when two pieces of bad news Americans are accustomed to hearing could be converted into one piece of very good news.

First, there’s the bad news that threatens to change the course of human civilization. Following a year of record wild fires and droughts, crop failures, record flooding, and the punishing winds and waves of Hurricane Sandy, there’s the urgent crisis of climate change, already well underway. Intertwined with that is the mammoth problem of how to feed humanity’s insatiable appetite for energy, while somehow radically cutting our consumption of fossil fuels.

Then there’s a separate item of bad news: misguided budget cuts in Washington are pulling funding from obviously important investments like natural disaster preparedness, infrastructure improvements, the criminal justice system, and early-childhood education, among many other things. Budget-cutting fever in the capital shows no sign of subsiding, even though arguments for austerity have been debunked and our annual federal budget deficit has fallen sharply.

How, then, can these dismal pieces of news be transformed into the best thing you’ve heard in a while?

Budget cuts at the Pentagon were long considered an impossibility and a formula in Congress for political suicide. Now, the austerity movement’s first major initiative in Washington, known as “sequestration,” those mandated, take-no-prisoners, across-the-board cuts in federal spending instituted by Congress, have in fact accomplished what nothing else could: the first downsizing of our defense spending in this century.

Admittedly, in the scheme of overall U.S. military spending, those cuts remain marginal. Sequestration shaved around $40 billion from the Pentagon’s funding this year—which is a modest figure relative to that $600 billion budget. Still, it’s a start. With these cuts already underway and slated to continue in 2014, we can at least begin to imagine what sort of resources it might be possible to free from the military economy and how, if we’re smart, these could help fuel our transition to a low-carbon, twenty-first-century economy that would work for us and for the planet.

That’s because it’s possible to “harvest” military-generated technology and repurpose it for this task. As the sequestration cuts begin to bite into the defense sector, some high-tech production facilities and the workforce that goes with them will need to find a new purpose. Taxpayers have invested billions of dollars over decades in developing inventive technology, building infrastructure, and training skilled workers to fulfill military contracts for the war economy. It’s time for the American public to start seeing all this harnessed to new purposes, first among them tackling our climate crisis.

As it happens, some savvy and forward-looking outfits in the military sector have already begun converting their know-how into green-tech manufacturing.

Take, for instance, Bath Iron Works, the largest employer in Maine. For several decades, the company has gotten most of its revenue from building and maintaining destroyers for the Navy. Now, however, it has joined an initiative to develop deep-water, offshore wind power, with the goal of making Maine the leading state in the nation in such technology and the production systems that go with it.

Oregon Iron Works has similarly built its expertise by fulfilling contracts for the U.S. military. Now, it’s diversifying into renewable energy, noting proudly that its “history of innovation in the marine industry gives [it] the ability to produce high-quality, cost effective Wave and Tidal energy devices.”

The Philadelphia Naval Shipyard dates back to 1776. Its workforce peaked at 40,000 during World War II. The end of the Cold War brought an end to most naval activities at the yard, and today that industrial space has been re-imagined as an expansive corporate campus that includes a green technology incubator site and research collaboration between private business and universities.

In the same spirit, Connecticut, which has a sizeable defense industry, passed first-of-its-kind legislation this year to establish an economic development advisory committee aimed at helping defense contractors move into “environmentally sustainable” sectors of the economy. The committee is also charged with better aligning the state’s educational institutions with its manufacturing sector to ensure that its workforce of the future has training in the skills that green industries will need.

These are promising examples of how to begin the process of converting from a war economy to a civilian one, and they provide reason for optimism, but they are also small potatoes when compared to what might be possible.

Consider the Norfolk Naval Shipyard in Portsmouth, Virginia, a vast facility that repairs and rebuilds submarines. It spans 800 acres, contains 30 miles of paved roads and four miles of waterfront, employs 6,750 civilian workers, and has its own police and fire departments. Examining the current job categories at the shipyard reveals a skills base ready to be tapped to develop and produce green-energy technology. From electrical engineers and chemists to machinists, metal workers, and crane operators, there’s plenty of overlap between existing man- and womanpower in military industry and what’s needed for the robust growth of this country’s green energy sector.

For now, though, the shipyard is still doing submarines. And it will keep doing them until Congress makes new and different plans for this country.

A great deal of good can happen if military contractors and militarized communities, one by one, see the writing on the wall and move away from economic dependence on Cold War weapons systems, investing instead in new energy technology. But for such a transition to happen on a national scale, there would have to be a lot more of that writing on far more walls. Even though cuts to the military budget have gone from fantasy to reality, many lawmakers still don’t support substantial reductions in military spending and hope to prevent additional cuts from taking place in 2014.

To really move this country in a new direction, the Pentagon budget would have to be cut substantially. Not by 7 percent as now, but by at least 20 percent, and for that to happen, the American global military mission and posture would have to be downsized in significant ways. Recent polling around the Syrian crisis indicates that the public might indeed be ready to consider such changes. Whether Congress and the rest of Washington’s elite would be is obviously another matter.

Right now lawmakers are loath to cut funding if it means erasing military jobs in their districts, and the military-industrial complex has been particularly clever in the way it has spread its projects across every state and so many localities. Converting military contracts into green energy contracts would make redirecting wasteful military spending more politically feasible, and the federal government already operates an array of programs—including the Pentagon’s own Office of Economic Adjustment—that could be expanded to help businesses and communities make the transition.

Moving public dollars into this country’s renewable energy sector could begin to lay the groundwork for a vibrant economy in the second and third decades of this century, while creating good jobs in a growth sector, working toward energy security, and helping this country reduce its reliance on fossil fuels. Like the construction of our interstate highway system in the 1950s, it’s an investment that would pay dividends for decades to come.

Or we can skip all that and launch the next war.

Mattea Kramer is Research Director at National Priorities Project and lead author of A People’s Guide to the Federal Budget. Miriam Pemberton is a Research Fellow at the Institute for Policy Studies and during the post-Cold War period, she worked for Seymour Melman at his National Commission for Economic Conversion and Disarmament.