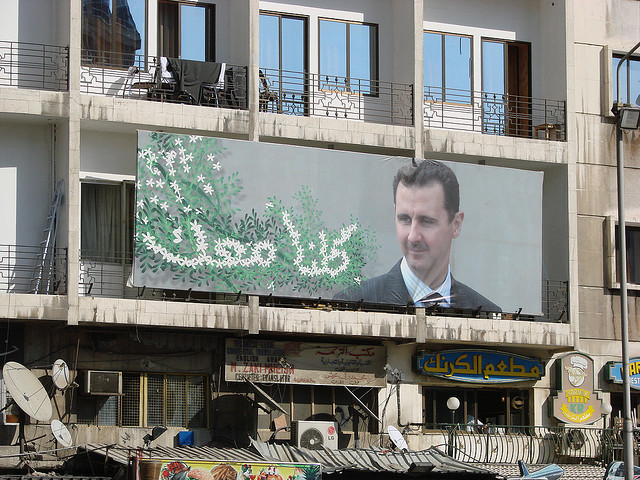 Does Syria See the U.S. as an Ally?

By attacking rebels less extreme than the Islamic State, the U.S. almost seems to be doing Syria’s bidding.
By Russ Wellen | December 2, 2014

U.S. officials publicly acknowledge that the Syrian regime’s behavior — indeed its very nature — is a primary factor fueling the jihadis’ rise and that Syrian President Bashar al-Assad’s forces continue to kill far more civilians (and rebels) than the Islamic State does. They also recognize that the role of mainstream rebels will be essential in reversing jihadi gains.

The U.S.-led coalition’s strikes have enabled the regime to reallocate assets to face mainstream rebels, whose defeat remains the regime’s top priority. Since strikes against the Islamic State began, regime forces have gained ground against mainstream rebels on key fronts in Hama province and in Aleppo city; in the case of the latter, they have done so against the very same rebel groups that are confronting the Islamic State in the nearby northern countryside.

U.S. policy is emboldening Damascus and undermining the very rebels it is ostensibly designed to support.

As for the latter

The targeting in Washington’s air campaign has further blurred the lines between U.S. and regime military strategies. Rather than maintain singular focus on hitting Islamic State targets in eastern Syria, the United States has struck al-Nusra Front [and] Ahrar al-Sham, a Salafi group that has moderated its political platform substantially in recent months and that is broadly viewed as an authentically Syrian (albeit hard-line) component of the rebellion.

Along with doing the work of the Assad regime

Such attacks strengthen jihadi claims that the U.S. campaign aims to quietly boost Assad while degrading a range of Islamist forces, and thus they are a significant blow to the credibility of those rebels willing to partner with the United States. For a rebel commander seeking to convince his fighters that cooperation with Washington is in the rebellion’s best interest, American strikes that ignore the Assad regime while hitting Ahrar al-Sham are extremely difficult to explain.