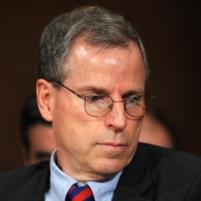 Because of decades of isolating Syria, the United States can now only watch the events unfold without having any influence on the ground.
By Samer Araabi | June 9, 2011

After a decade of policies aimed at marginalizing and ignoring the Syrian regime, U.S. policymakers have come to realize that they have very little leverage to pressure President Bashar Al-Assad.

As protests enter their third month, government troops have systematically sought to crush the opposition movement with draconian tactics, leaving over a thousand dead. Several U.S. officials have strongly condemned the violence and urged President Assad to reform, while President Obama has followed up on the sanctions imposed in 2004 with an additional round of sanctions targeting key regime figures. However, these attempts appear to have had little effect.

As the violence continues, Washington appears to be out of both carrots and sticks.

Dealing with a Pariah

Since the events of September 11, 2001, the general view of the Washington establishment has been to treat Syria as a pariah state, denying it access to U.S. markets and refusing any bilateral dialogue. Though the Obama administration has claimed to promote a more “open” approach based in “dialogue,” little substantive change has actually occurred from the days of the Bush Administration. Sanctions remained in place, and even though the administration began to talk to the Syrian government, they expressed no more willingness to listen than their predecessors had, leaving the U.S.-Syrian relationship in precisely the same position that it was in before.

As a result, Obama has been unable to sufficiently offer either punishments or incentives to bring the Syrian government back in line. The Syrian economy has been surviving under sanctions for seven years, and more sanctions are unlikely to provide a sufficient incentive for change.

Meanwhile, the lack of any long-term political presence in Syria has left the United States utterly blind to the intricacies of the opposition movement, which has developed in ways that Washington policymakers cannot influence.

Steven Heydemann, a Special Adviser for the Muslim World Initiative at the United States Institute of Peace, has outlined five criteria that Middle East revolutions need to meet before they can win the full backing of the United States: the presence of forces capable of managing a transitional period; a shared political vision among the opposition of a viable political future; existing leadership that can consolidate a post-authoritarian order; the possibility for an orderly, negotiated exit for the country’s former ruler; and guarantees that the fall of the regime would not instigate a collapse into social violence.

Washington’s lack of political capital means that it cannot credibly bolster any of these pillars, and worse, is often uninformed or unaware of their true manifestations. The result, of course, is the vague, non-committal, and largely ineffective grandstanding that has typified the present administration’s policies toward the Syrian Spring. In a speech in April, President Obama opposed “the Syrian government’s treatment of its citizens” and its “continued destabilizing behavior,” waiting another month to state that Bashar Al-Assad must “reform or leave.” The threat remains unfulfilled.

It is clearly too late for the United States to influence the course of events in Syria; strong words and weak sanctions will play a marginal role at best. Even so, a lesson can be learned for future foreign policy decisions. Though Washington should certainly be wary of fostering strong relations with dictatorial regimes, it is imperative to maintain broad channels of communication and information, and to never hold a people accountable for the crimes of its unelected leaders. Decades of intransigence toward Syria guaranteed that Obama had insufficient links with the Syrian government. More importantly, it irreparably damaged the legitimacy of U.S. policy in the eyes of most Syrians, including most members of the opposition.

Campaigns for international isolationism and marginalization do have their place, particularly those led by the indigenous civil society of the country in question (consider the Boycott Divestment Sanctions campaign against Israeli apartheid). But, as far as government policy in concerned, there is little to gain from pretending that an enemy does not exist or in ignoring the needs and expectations of the people themselves.

Syrians may yet succeed in their revolution. But if they do, they will have done so alone.

Samer AraabiSamer Araabi is a contributor to Foreign Policy in Focus and Right Web.