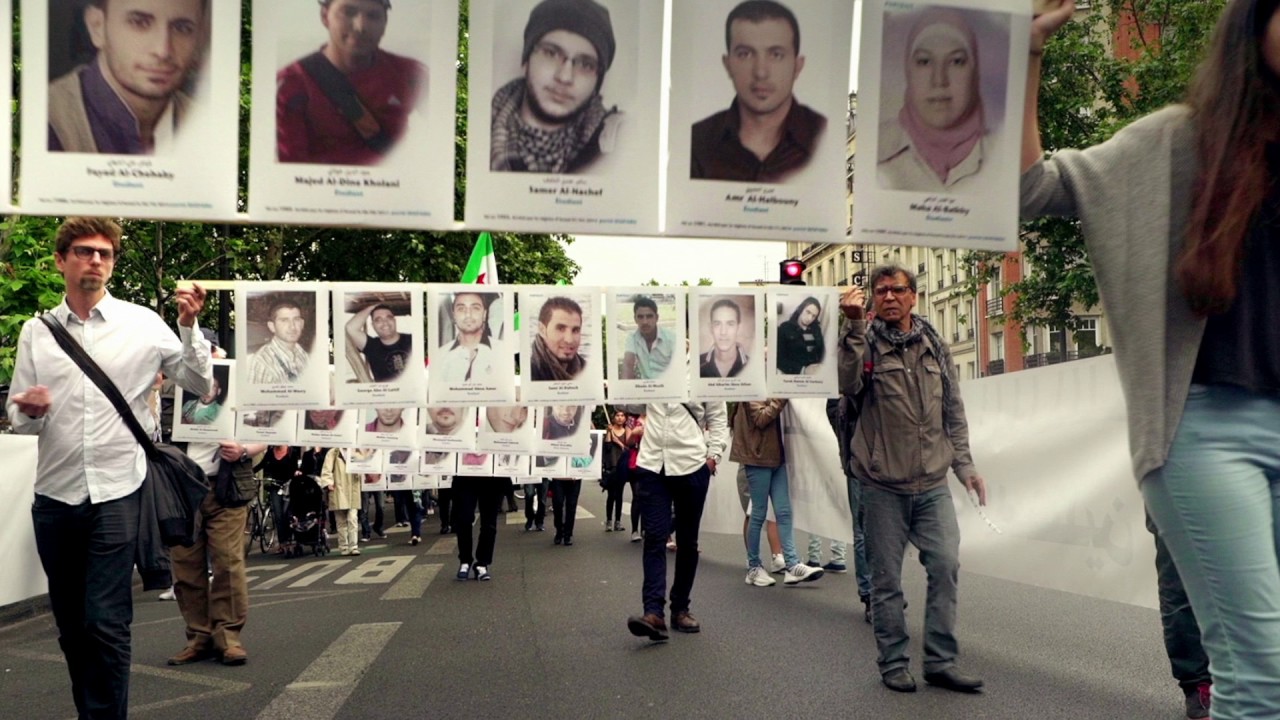 Syria’s Bureaucracy of Death and the Fate of the Disappeared

The Syrian government has just confirmed the deaths of hundreds of detainees. Why?
By Nadim Houry | July 30, 2018

In the last few weeks, hundreds of Syrian families learned that their loved ones who had disappeared in government detention facilities had died. Many said that they found out as they requested routine records from the Syrian administration and were stunned to find that the authorities had recently registered their relatives as dead. The authorities generally specified no cause of death, just a date, in many cases years ago. Most of those that listed a cause said “heart attack” with no further explanation.

Each new confirmation of death has rippled through social media, spreading heartache to Syrian families displaced by repression and conflict. My Facebook timeline, populated by Syrian friends and activists I have met working on the country over the last decade, currently reads like an unfolding digital eulogy for many of the country’s leading activists who had been held and disappeared by government forces.

For years, many of the families of these activists had sought information about their fate, often spending their entire savings bribing security officials in the hope of receiving an update. To no avail. Since 2011, Syrian authorities have consistently denied having any information on those detained or last seen in their custody even though Syria’s security services have meticulous records for everything, including those they kill in detention.

This bureaucracy of death was exposed in early 2014, when a defector code-named Caesar, whose job in the military police was to photograph the bodies of dead detainees, smuggled out thousands of photos and internal documents, exposing how every detainee death was recorded, indexed, and photographed. There were even written instructions for burials. The authorities knew who died but decided to withhold this information from the families—until now.

A disappearance, in law, is when a person is last seen in the custody of state forces, and the state authorities refuse to admit they have detained the person or to say where they are being detained. Why the systematic reliance on disappearances I once asked a defector in 2014. “Detaining someone limits their ability to act, but disappearing them, paralyzes the entire family,” he said. “The family will divert all their energies to finding them. As a tool for control, it can hardly be beaten.”

For years, the relatives of detainees, Syria’s opposition, and human rights groups have campaigned to place the issue of the detainees at the forefront, advocating for families’ right to know, access for international monitors, and accountability for widespread torture and mistreatment in Syrian detention facilities. The Syrian government repeatedly obstructed the efforts.

So why has the government decided to start releasing this information after years of denials?

Despite the government’s obstruction, the issue has not gone away. With so many detainees whose fate is unknown, it is simply too big an issue to ignore. Some groups, among them the Syrian Network for Human Rights, estimate that the Syrian government is responsible for the disappearance of over 80,000 people.

A working group to examine the fate of detainees was created in December 2017 as part of the eighth round of de-escalation talks in Astana, Kazakhstan. Composed of members from the three Astana guarantor states—Iran, Turkey, and Russia—as well as the United Nations, the working group held a second meeting on the sidelines of the following round of Astana talks in May. The next meeting is to be hosted by Turkey. There is little transparency about the working group’s discussions, but notably the Syrian government began updating personal records shortly after the group was established. Coincidental? Possibly.

It is always hard to know what motivates decisions by the Syrian authorities. But their decisions are never random. I suspect that the government hopes to preempt having to answer questions about the fate of the thousands believed to be in government detention by stating that those missing are dead and that their families have been informed.

This is exactly how the Syrian authorities handled the issue of those it detained and later disappeared from Lebanon in the 1980s and 1990s during its military presence in the country. After years of denying requests by Lebanese families for information about missing relatives, Syria agreed in May 2005 to a joint Syrian-Lebanese committee to look into cases. Families hoping for a breakthrough were quickly disappointed. No investigation was opened.

Most cases remained without answers but in a handful of cases, the Syrian government acknowledged that some detainees died or had been executed following summary trials. No bodies were ever returned, no details provided, no one was held accountable, and no family got closure. But for the Syrian government, the file had been closed.

The Syrian government should not be allowed to get away with mass disappearances and murder again. Families of the disappeared have a right to know what happened to their loved ones. If they are dead, the families should be able to recover the remains and learn about the circumstances of the death through an independent investigation. There also needs to be accountability for the enforced disappearances and deaths in detention. For those who remain in detention, access to detention facilities for international monitors remains imperative.

A mere update of the records, which may or may not be accurate, does not do this, nor does it absolve the Syrian government of its responsibility for the mass disappearances, torture, and death of thousands of Syrians.

Nadim Houry is the terrorism/counterterrorism director at Human Rights Watch.