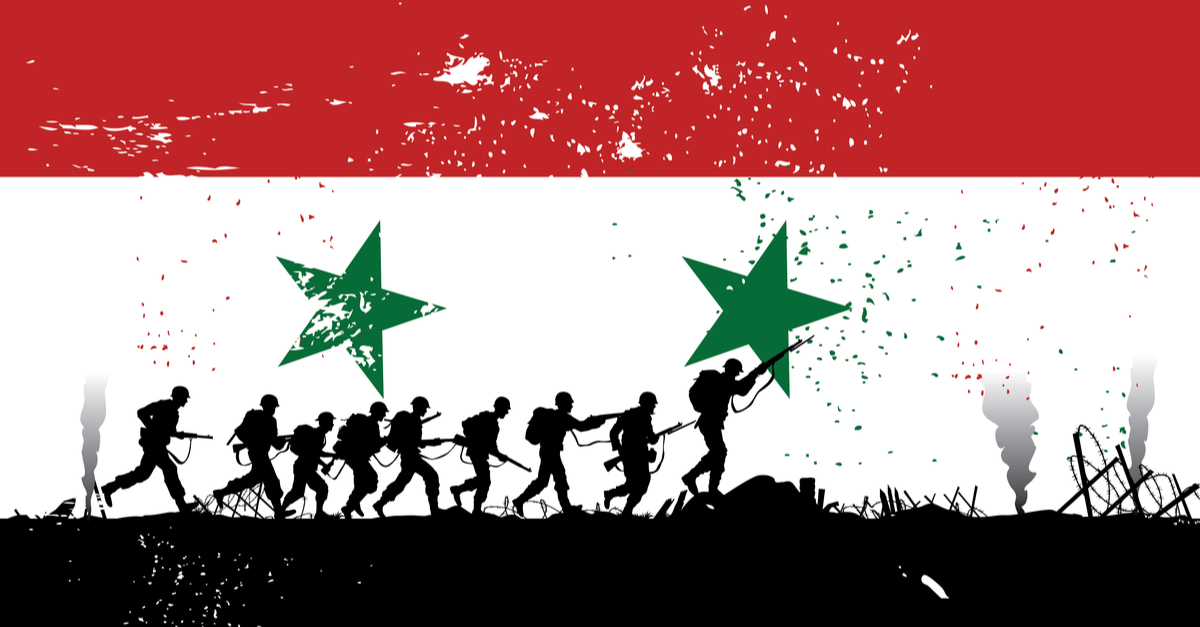 Syria’s Long War Will Be Decided in These Three Theaters

A bloody siege looms over Idlib, the U.S. is digging into the east, and conflict between Iran and Israel may put Syria in the crosshairs.
By Conn Hallinan | October 10, 2018

The Syrian civil war has always been devilishly complex, with multiple actors following different scripts, but in the past few months it appeared to be winding down.

The Damascus government now controls 60 percent of the country and the major population centers, the Islamic State has been routed, and the rebels opposed to Syrian President Bashar al-Assad are largely cornered in Idlib Province in the country’s northwest. But suddenly the Americans moved the goal posts and — maybe — the Russians have fallen out with the Israelis, the Iranians are digging in their heels, and the Turks are trying to multi-task with a home front in disarray.

So the devil is still very much at work in a war that’s lasted more than seven years, claimed up to 500,000 lives, displaced millions of people, destabilized an already fragile Middle East, and is far from over.

There are at least three theaters in the Syrian war, each with its own complexities: Idlib in the north, the territory east of the Euphrates River, and the region that abuts the southern section of the Golan Heights.

Just sorting out the antagonists is daunting. Turks, Iranians, Americans, and Kurds are the key actors in the east. Russians, Turks, Kurds, and Assad are in a temporary standoff in the north. And Iran, Assad, and Israel are in a faceoff near Golan, a conflict that has suddenly drawn in Moscow.

Assad’s goals are straightforward: Reunite the country under the rule of Damascus and begin re-building Syria’s shattered cities. The major roadblock to this is Idlib, the last large concentration of anti-Assad groups, jihadists linked with al-Qaeda, and a modest Turkish occupation force representing Operation Olive Branch. The province, which borders Turkey in the north, is mountainous, and re-taking it promises to be difficult.

For the time being there is a stand down. The Russians cut a deal with Turkey to demilitarize the area around Idlib city, neutralize the jihadist groups, and re-open major roads. The agreement holds off a joint Assad-Russian assault on Idlib, which would have driven hundreds of thousands of refugees into Turkey and likely have resulted in large numbers of civilian casualties.

But the agreement is temporary — about a month — because Russia is impatient to end the fighting and begin the reconstruction. However, it is hard to see how the Turks are going to get a handle on the bewildering number of groups packed into the province, some of which they have actively aided for years.

Ankara could bring in more soldiers, but Turkey already has troops east of the Euphrates and is teetering on the edge of a major economic crisis. Pouring more wealth into what has become a quagmire may not sit well with the Turkish public, which has seen inflation eat up their paychecks and pensions — the Turkish lira fell nearly 40 percent in value in the past year. Local elections will be held in 2019, and Turkish President Recep Tayyip Erdogan and his Justice and Development Party’s power is built on improving the economy.

In Syria’s east, Turkish troops — part of Operation Euphrates Shield — are pushing up against the Americans and the Kurdish-dominated Syrian Democratic Forces fighting the Islamic State (IS). Erdogan is far more worried about the Syrian Kurds, and the effect they might have on Turkey’s Kurdish population, than he is about the IS.

Ankara’s ally in this case is Iran, which is not overly concerned about the Kurds, but quite concerned about the 2,200 Americans. “We need to resolve the difficulty east of the Euphrates and force America out,” Iranian President Hassan Rouhani said in early September.

The U.S. Special Forces were originally charged with helping the Kurdish and Arab allies drive out the IS. President Donald Trump told a meeting in March, “we’ll be coming out of Syria like very soon.” But that policy appears to have changed.

National Security Advisor John Bolton now says U.S. troops will remain in Syria until Iran leaves. Since there’s little chance of that happening, the U.S. commitment suddenly sounds open-ended. Bolton’s comment has stirred up some opposition in the U.S. Congress to “mission creep,” although Trump has yet to directly address the situation.

The Kurds are caught in the middle. The U.S. has made no commitment to defend them from Turkey, and the Assad regime is pressing to bring the region under Damascus’ control. However, the Syrian government has made overtures to the Kurds for talks about more regional autonomy, and one suspects the Kurds will try to cut a deal to protect them from Ankara. The Russians have been pushing for an Assad-Kurdish détente.

Turkey may want to stay in eastern Syria, but it’s hard to see how Ankara will be able to do that, especially if the Turks are stretched between Idlib and Euphrates Shield in the east. The simple fact is that Erdogan misjudged the resiliency of the Assad regime, and dangerously overreached when he thought shooting down a Russian fighter-bomber in 2015 would bring NATO to his rescue and intimidate Moscow. Instead, the Russians now control the skies over Idlib, and Turkey is estranged from NATO.

The Russians have been careful in Syria. Their main concerns are keeping their naval base at Latakia, beating up on al-Qaeda and the IS, and supporting their long-time ally Assad. Instead of responding directly to Erdogan’s 2015 provocation, Moscow brought in their dangerous S-400 anti-aircraft system, a wing of advanced fighter aircraft, and beefed up their naval presence with its advanced radar systems. The message was clear: Don’t try that again.

But the Russians held off the attack on Idlib, and have been trying to keep the Israelis and Iranians from tangling with one another in the region around the Golan Heights. Moscow proposed keeping Iran and its allies at least 60 miles from the Israeli border, but Israel — and now the U.S. — is demanding Iran fully withdraw from Syria.

The Assad regime wants Tehran to stay, but also wants to avoid any major shootout between Iran and Israel that would catch Damascus in the middle. In spite of hundreds of Israeli air attacks in Syria, there have been no counter attacks by the Syrians or the Iranians, suggesting that Assad had ruled out any violent reaction.

That all came to end on September 17, when Israeli aircraft apparently used a Russian Ilyushin-M20 electronic reconnaissance plane to mask an attack on Damascus. Syrian anti-aircraft responded and ending up shooting down the Russian plane and killing all aboard.

Russia blamed the Israelis and a few days later, Russian President Vladimir Putin announced that Moscow was sending its S-300 anti-aircraft system to Syria, along with a series of upgrades in Damascus’ radar network. Syria currently uses the S-200 system that goes back to the 1960s.

The upgrade won’t really threaten Israeli aircraft — the S-300 is dated and the Israelis likely have the electronics to overcome it — but suddenly the skies over Syria are no longer uncontested. And, if Tel Aviv decides to go after the Syrian radar grid, the Russians have their S-400 in the wings. Not checkmate, but check.

Glimmers of a Solution

How all of this shakes down is hardly clear, but there are glimmers of solution out there.

Turkey will have to eventually withdraw from Syria, but will probably get some concessions over how much autonomy Syria’s Kurds will end up with. The Kurds can cut a deal with Assad because the regime needs peace. The Iranians want to keep their influence in Syria and a link to Hezbollah in Lebanon, but don’t want a serious dustup with Israel.

An upcoming Istanbul summit on Syria of Russia, France, Turkey, and Germany will talk about a political solution to the civil war and post-war reconstruction.

Israel will eventually have to come to terms with Iran as a major player in the Middle East and recognize that the great “united front” against Tehran of Washington, Tel Aviv, and the Gulf monarchies is mostly illusion. The Saudis are in serious economic trouble, the Gulf Cooperation Council is divided, and Israel and the U.S. are increasingly isolated over in hostility to Tehran.