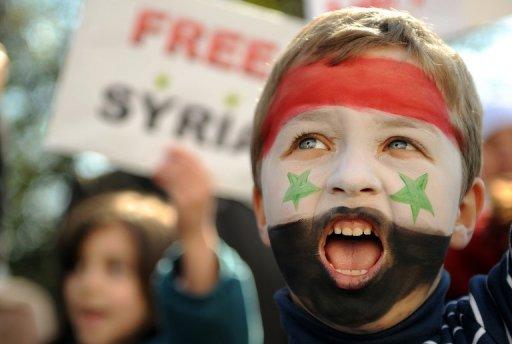 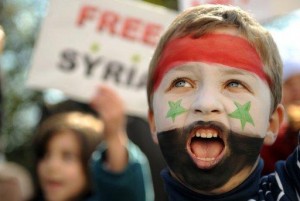 Syrian President Bashar al-Assad’s regime must step down immediately—without Western military intervention. Certainly, the Syrian people deserve support to protect them from the brutal and barbaric onslaught of the Syrian’s security forces. But such assistance and safe haven should come from Arab countries and Turkey. Help from other Arab or Muslim countries would be less offensive to the Syrian people, would be less likely to entail an occupation force, and would likely be less long-lasting than an intervention by Western countries.

The 10-month-old Syrian revolution is struggling against both a well-entrenched security apparatus and a divided citizenry afraid of what will come next. In a country populated by a large number of religious and ethnic minorities, the Assad regime has exploited widespread division and fear of civil war to continue killing protesters and to frighten outsiders from interfering. The UN estimates that over 5,000 people have been killed since the unrest began.

Some Syrian rebels have asked for NATO’s help in instituting a no-fly zone over sensitive parts of the country, but Western powers are reluctant to get involved militarily even after ten months and 5,000 deaths. To be clear: I did not support NATO’s military intervention in Libya and I do not support such an intervention in Syria. But NATO began talking about intervention in Libya scarcely a week after the start of the insurgency and a few hundred deaths. With the killing dragging on in Syria now much longer, it’s hard to imagine that Libya’s oil wasn’t a factor in the West’s rush to intervene.

Similar to Libya, Syria’s amorphous opposition lacks a strong political infrastructure like political parties or civic organizations. But there are signs that the opposition is attempting to close ranks despite visible internal differences in attitudes toward violence and foreign intervention. The revolt has spread from its origins in Deraa, Hama, and Homs in the south and west to the previously quieter cities of Aleppo and Idlib in the north, as well as to the capital Damascus and Kurdish towns to its north and northeast.

The UN, Arab League, and Western powers have all urged that Syria’s revolution remain nonviolent. However, a small, loosely organized group of military defectors called the Free Syrian Army (FSA) has taken up arms against the Syrian military—with mixed results. Despite the FSA’s increasingly violent tactics, the Syrian National Council (SNC), an umbrella group of opposition leaders outside Syria, recently recognized the FSA under pressure from internal leaders of the revolution. Similarly, the SNC and the National Coordinating Committee for Democratic Change (NCC), a rival opposition group, recently brokered a fragile agreement to unify the opposition. SNC advocates a no-fly zone while NCC opposes one, but the joint statement supports the protection of civilians by all means short of foreign intervention. This is welcome news: the rebel groups should unite quickly for the sake of the revolution.

Assad’s regime respects neither life nor liberty nor justice; it has lost all moral legitimacy. Assad’s thugs collect, torture, and kill wounded demonstrators in utter defiance of international standards regarding the wounded. His snipers on rooftops randomly shoot demonstrators and passersby. The Arab League monitors, mostly representing corrupt regimes, have utterly failed to stop the killing of civilians.

Assad’s contempt for human life was expressed in a recent interview with ABC reporter Barbara Walters. In response to Ms. Walter’s question about whether he feels regret or remorse about the death of civilians, he callously replied, “No, you regret when you [make] mistakes…How can I feel remorseful if I try to protect the Syrian people?” A moral human being regrets the loss of any life. Assad’s policy of not negotiating with the opposition, a policy he sustains with lies and brutality, renders him a morally justifiable target of the revolutionary forces.

It is hard for most people to watch the slaughter of innocent civilians in Syria without advocating military intervention from Western countries. However, even with the most morally upright intentions, such interventions are ripe with potential for abuse. An open-ended policy of military intervention is too easily exploited by those who would pursue it for political or economic ends, including not least for control of natural resources. The policy implications of such ostensibly humanitarian actions are dangerous for many other countries, as we have seen most dramatically in the tragic case of Iraq.

Syria’s revolution is on the long road to freedom, but the leaders of the revolution must navigate very carefully to avoid stepping on mines.

Adil E. ShamooAdil E. Shamoo is a senior analyst for Foreign Policy in Focus and the author of the forthcoming book "Equal Worth — When Humanity Will Have Peace." His email is ashamoo@som.umaryland.edu.