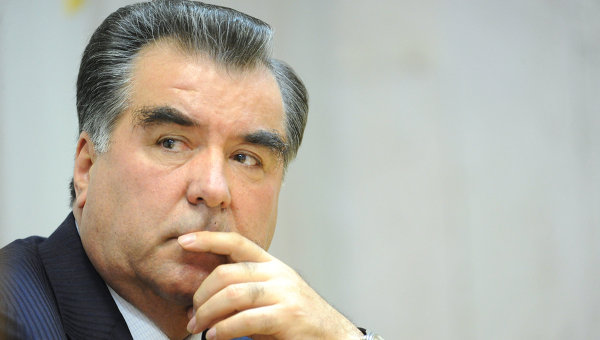 Damning stat: according to the World Bank, in 2011 remittances from abroad constituted a whopping 47% of Tajikstan’s GDP.
By Sufyan bin Uzayr | December 20, 2013

Out of all the poor countries that emerged from the ashes of the erstwhile Soviet Union, Tajikistan stands alone as the poorest. While the papers surely talk about the rapid macroeconomic growth of the country, most of the ordinary Tajiks are yet to witness the brighter side of the economic progress.

Amidst such dismal scenario, back in November 2013, Tajikistan re-elected Emomali Rahmon as its leader, giving him a seven-year term at the office. Former chairman of a collective farm, Rahmon has been dominating the national politics ever since the country came into existence back in 1992 — he became the President in 1994, won for the second time in 1999, and then again in 2003 and 2006. It surely would have been a wonderful political resume had it not been for the absence of any serious political competition.

Question is, if there is rampant poverty in Tajikistan, why is everyone repeatedly giving one chance after another to Rahmon?

Everybody Likes to Migrate

The Tajikistani administration can best be summed up in two words: nepotism and cronyism. Most of the key positions are occupied by Rahmon’s closest relatives and friends. All vital economic resources and industries are controlled by the select few, and while the rate of industrialization is positive, the rift between the rich and poor keeps widening.

Owing to such a setup, the poor masses in the country obviously have a hard time in trying to make ends meet. Make no mistake about it: the Tajikistani government is doing its best to adhere to international financial suggestions, and the projected macroeconomic growth for the country is 6-7 percent per year. However, this growth is also accompanied by a rising inflation, and unfortunately, the richer section of the society gets to enjoy the growth whereas the poorer folks are left to deal with the inflation.

As per government records, the volume of imports is roughly two times higher than that of exports. Prices of everyday commodities keep rising, and the ordinary Tajiks are running out of jobs.

Owing to rampant unemployment, many young Tajiks are forced to migrate outside their home country in order to seek newer job opportunities. Tajikistan seems to be leading the race in this aspect: out of the 7.5 million populace, roughly 1.5 seem to be working abroad. Furthermore, Tajikistan is also the global leader in terms of financial remittances (in 2011, the World Bank stated that remittances constituted 47% of the national GDP).

Professions of repute, such as medicine and education, have become notorious in Tajikistan due to the poor pay. The average monthly salary of a university professor or a doctor in Tajikistan varies between $70 and $150. Even though there is provision for free healthcare, medicinal infrastructure is not the best out there.

What Keeps Rahmon in Office?

So, if life is so difficult for the average Tajik masses, why isn’t the international community paying any heed?

The non-state media in Tajikistan is, surprisingly, pretty bold. While there have been cases of certain restrictions on media outlets, the Tajik media, in general, happens to be quite vocal with its criticism of the government.

Plus, while Tajikistan may not be enjoying the fruits of prosperity, it is one of the select few countries in Central Asia that can boast of relative stability. Rahmon’s rule has provided Tajikistan with much-needed support from both Russia and the West, including EU.

For instance, Tajikistan enjoys a heavy list of favors from Russia — economic privileges as well as investments in the hydropower sector. In return, Rahmon ratified the presence of a Russian military base in his country (right on the eve of Presidential elections, by the way).

Similarly, Rahmon is well-loved by the Western countries too. Factors such as the impending withdrawal of NATO forces from Afghanistan and the strategic location of Tajikistan have persuaded the Western world to turn a blind eye to Tajikistan’s internal affairs. High-profile economic crimes as well as misuse of power are serious issues indeed, but since Tajik territory and air-space are required by NATO forces every once in a while, turning a blind eye to such serious issues is a better option.

Tajikistan shares a long common border with Afghanistan which was handed over to Tajik troops after the Russian border guards left in 2005. Assuming if Rahmon is removed, Tajikistan’s relatively stable regime might be replaced by an Islamist regime imported from Afghan lands. Furthermore, having a pro-Western regime in Tajikistan ensures that possibilities of drug trafficking and/or potential aggression are eliminated.

As a result, neither Russia nor USA are bothered if the ordinary Tajiks are forced to purchase vegetables at ridiculously high prices. Bigger things, such as world domination, natural resources and geo-political stratagem are at stake here, after all.

Lastly, the Tajik population too has not forgotten the scars of the Civil War. A peace treaty was signed with Russia in 1997, but the memories of destruction still remain. Fear of instability and nightmares of the Civil War neutralize any chances of a Tajik Spring (as compared to Arab Spring).

A change in regime at this stage or an inexperienced government might just be the catalyst needed to transform things from bad to worse. An authoritarian and inefficient regime is obviously better than civil strife, and dismal economic prospects are preferable over unrest and killings.

Sufyan bin Uzayr is the author of Sufism: A Brief History. He writes for several print and online publications, and has recently started his own progressive blog named Political Periscope. You can also connect with him using Facebook or Google+.