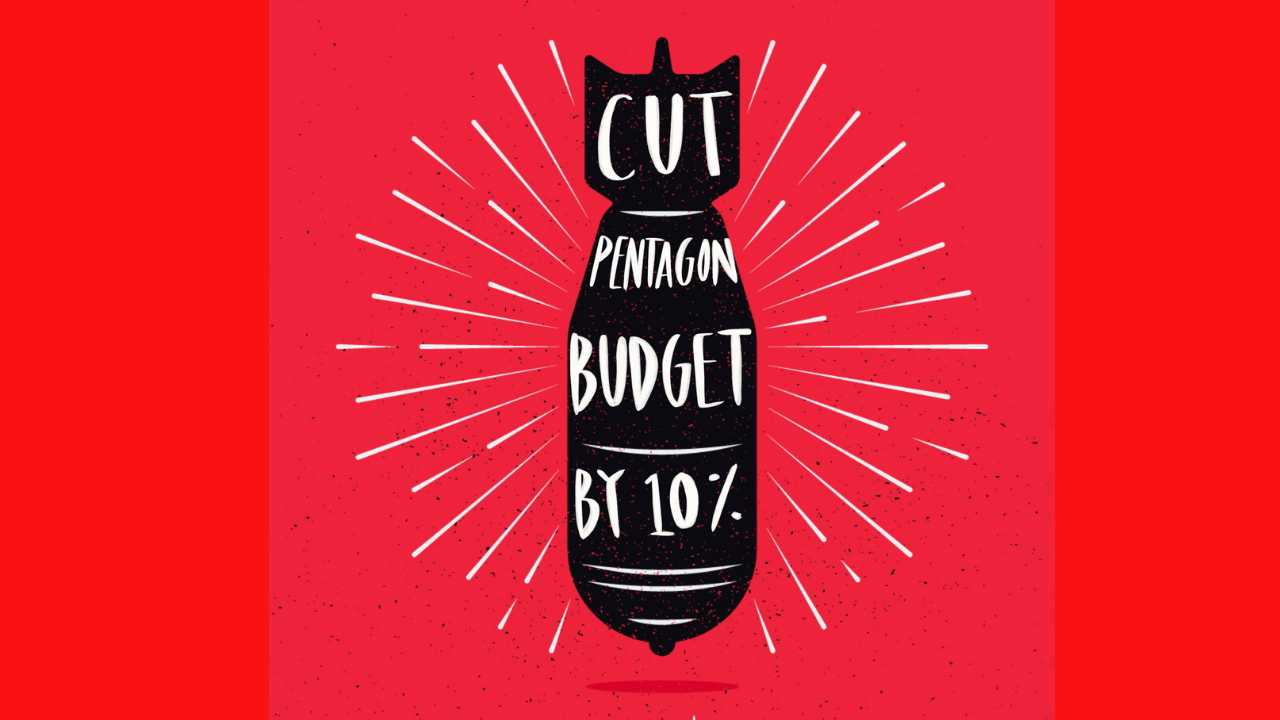 10 Better Uses for 10 Percent of the Pentagon Budget

Just 10 percent of the Pentagon budget could end homelessness, increase our COVID testing 44 times over, or send a $2,300 check to every unemployed American.
By Lindsay Koshgarian, Ashik Siddique | July 20, 2020

A collaboration with the Congressional Progressive Caucus Center.

As part of the annual must-pass military spending and policy bill (the National Defense Authorization Act for Fiscal Year 2021, or “NDAA”), progressive lawmakers have put forward a proposal to cut the massive $740 billion Pentagon budget by 10 percent.

With military spending at historically high levels, and with additional increases under President Trump, a ten percent cut is an overdue correction to the bloated Pentagon budget.

While the Pentagon will spend close to $74 billion on the “Overseas Contingency Operations” fund that finances our endless wars this year, a 10 percent cut to the Pentagon ($74 billion), could be reinvested in:

A $74 billion cut is a strong step toward better spending priorities, and could make a tremendous difference in other programs ranging from health care and education to job creation at a time when it is desperately needed.

Lindsay Koshgarian directs the National Priorities Project at the Institute for Policy Studies. Ashik Siddique is an NPP researcher.