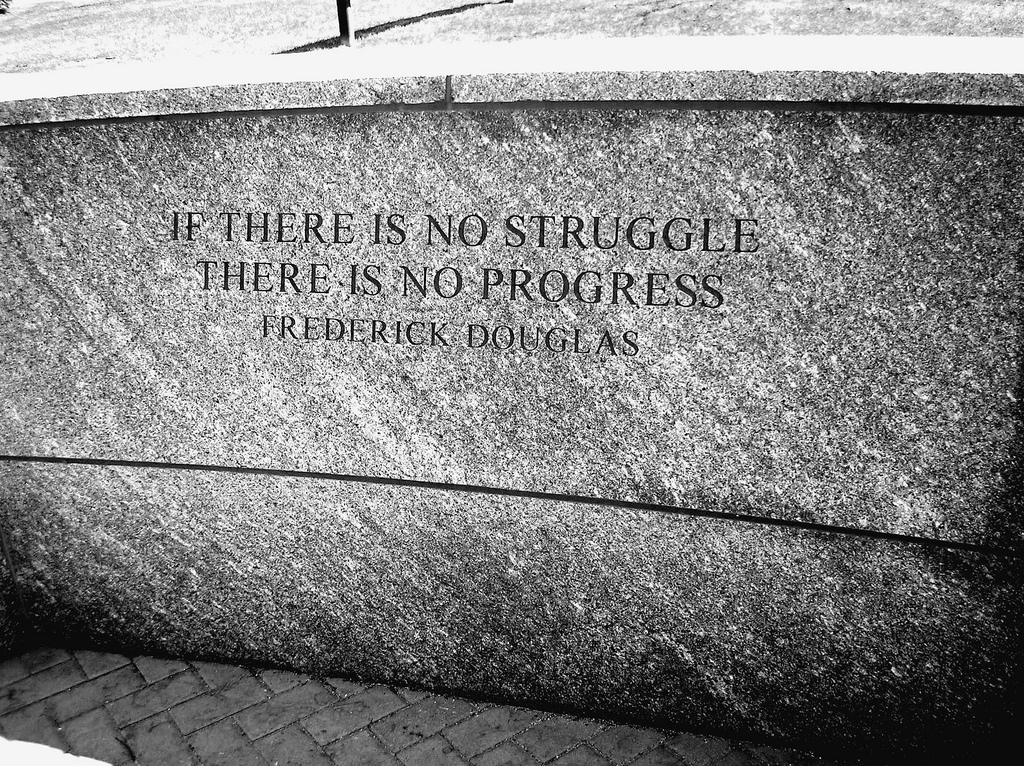 2013 had its fair share of bad news, but it was also a year of extraordinary activism.
By Medea Benjamin | January 3, 2014

It would be easy to make a list of 10 bad things—wars, government shut-down, drone attacks, lack of progress on immigrant rights, lousy health-care reform. But it’s also been a year of extraordinary activism: whistleblowers, DREAMers, Walmart workers, peacemakers, gay rights advocates, garment workers. As the year ends, let’s pay tribute to the good things their efforts have wrought.

1. A spontaneous uprising by the American people kept President Obama from invading Syria. This fall’s “peaceful insurrection” was by far my favorite moment of 2013. It was one of those all-too-rare occasions when folks came together across ideological divisions, flooding their congressional reps with calls. Yes, after 12 years, Americans have become “war-wise,” understanding that U.S. intervention is no solution. So instead, chemical weapons are being destroyed thanks to successful negotiations. But the war in Syria rages on, with casualties mounting daily. Peace talks are scheduled for January 22 in Switzerland, and women’s groups—including CODEPINK—are mobilizing to surround the meetings with a desperate plea to all the guys with guns: Ceasefire NOW!

2. Talks with Iran are progressing, despite Israel and AIPAC’s objections. The P5+1 group of Britain, China, France, Russia, the United States, and Germany has made great headway in finding a solution to diffuse the crisis around Iran’s nuclear program. Negotiators are anxious to take advantage of the opening represented by the election of a moderate Iranian leader, President Hassan Rouhani. Sadly, a group of both Democrats and Republicans in Congress, along with the AIPAC lobby, threatens to derail the talks by pushing for greater sanctions against Iran. If we can move ahead with talks, 2014 could be the year we finally ditch the Bush-era “axis of evil” treatment and build friendly relations with Iran.

3. Edward Snowden has rocked the world of NSA spying. When Edward Snowden first blew the whistle on the NSA’s sweeping surveillance, he said his greatest fear was not what the government would do to him, but that nothing would change. A mere six months later, the cascading effects have, according to the Washington Post, made themselves felt in Congress, the courts, popular culture, Silicon Valley and world capitals.” There is now a vibrant global dialogue about privacy rights. In December, a federal court judge declared the secret collection of domestic phone records unconstitutional and President Obama’s own review panel called a major overhaul of NSA’s activities. President Obama claims he will consider the review board’s suggestions, indicating that reforms are necessary to restore public confidence. While Snowden is under indictment for criminal acts here in the United States, thanks to this whistleblower, the days of the NSA doing whatever it wants—in secret and free from public criticism—are coming to an end. Thanks, Edward, for your service!

4. Killer drones are taking a beating. The international community is finally standing up to the use of killer drones and the proliferation of this technology around the globe. With reports by Amnesty International and Human Rights Watch, investigations by the United Nation’s Special Rapporteurs, and two briefings in Congress with testimony by drone strike survivors, the dialogue and the outrage around the drone program has increased. This year saw a ban on drone strikes by both the Pakistani National Assembly and the Yemeni Parliament (if only Washington would listen!), more protests inside the United States, and the creation of a global anti-drones network.

5. Yes, the Pope, who beat Snowden for Time’s Person of the Year, is astonishing. I must admit that even as a secular Jew, this pope fills me with awe. He sneaks out at night to feed the homeless; invites homeless people to celebrate his birthday in the Vatican; washes the feet of young prisoners; says he is not one to judge gay people; calls on the church to get beyond its fixation on reproduction and sexual morality; debunks trickle-down economics and questions the morality of capitalism; lives simply and loves to take public transportation. What a cool guy! Unfortunately he doesn’t support abortion rights or the ordination of women, but he is certainly injecting new spirit into the moribund, scandal-ridden Catholic Church.

6. Low-wage workers rise up, saying “Low Pay Is Not OK!” Around the county, fast food and other low-wage workers from McDonalds to Walmart rose up in to demand a living wage. Today, 34 states, Washington D.C., and Puerto Rico, as well as dozens of cities, have introduced or passed legislation on minimum wage issues, including increasing the state minimum wage, automatic cost-of-living increases, and addressing base wages for tipped employees. (And overseas in Bangladesh, after a huge factory blaze in April left 1,100 people dead, massive strikes led to a 77-percent pay increase for Bangladeshi garment workers!) Pressure is now on Congress to increase the federal minimum wage, which has remained at a shameful $7.25 per hour for the past three years.

7. Immigrant advocates did spectacular organizing, and are poised to reap the benefits. They held prayer vigils, press conferences, marches. They chained themselves to the White House fence and the gates of detention centers. They encircled ICE facilities to shut down deportations. Hundreds were arrested, including eight members of Congress, calling for immigration reform. They fasted on the national mall in Washington, DC, getting a visit from the president and his wife. This organized, mobilized community with significant voting power stands ready to see major changes in U.S. immigration policy next year.

8. Gay marriage is becoming like apple pie. The Supreme Court struck down the federal Defense of Marriage Act and Illinois became the 15th state to legalize same-sex marriage. This year alone saw not only Illinois, but Rhode Island, Delaware, Minnesota, California, Hawaii, and New Mexico added to the list of marriage equality states. This number is certain to keep rising, now that a majority of Americans are supportive. Also, the Senate voted in favor of the Employment Non-Discrimination Act (ENDA) to ban discrimination in the workplace based on sexual orientation and gender identity. The bill is being blocked in the House, but a growing number of Republicans are starting to embrace LGBT rights. Who knows? 2014 might not only see more gay marriages in our nation’s homes, but basic LGBT rights in the workplace as well.

9. The death penalty at home and abroad is dying, slowing but steadily. This year Maryland became the first state south of the Mason-Dixon line to abolish the death penalty and the 18th state to do so. Signing the bill, Maryland Governor Martin O’Malley said the death penalty does not deter crime, cannot be administered without racial bias, costs three times as much as life without parole, and a mistake cannot be reversed if an innocent person is put to death. The number of people executed in the United States declined to 39—near its lowest level since capital punishment was reinstated in the 1970s. The trend is true abroad. In 1981, when France abolished the death penalty, over 150 countries put their citizens to death. Today, only 21 nations do so. In the past five years, Uzbekistan, Argentina, Burundi, Togo, Gabon, and Latvia have all abolished capital punishment.

10. One nation has come to its senses about smoking weed: Uruguay. In 2013, the nation of Uruguay became the first country to fully legalize marijuana. Back home in the United States, Washington and Colorado passed full legalization laws (yes, that means recreational use without big brother stepping in) and the federal government has stated it will not mount a challenge. Also this year, Illinois and New Hampshire joined the 18 other states that have legalized medical marijuana use. Even the stuffy Canadian federal government made medical marijuana legal. You’ll soon be able to get a deal on your dope from GroupOn and pay in Bitcoins. The times they are a-changin’.

We begin the new year with renewed awareness of the effectiveness of nonviolent action and nonviolent movements. The possibilities for a more peaceful and just 2014 are boundless.

Medea Benjamin is the cofounder of the human rights group Global Exchange and the peace group CODEPINK. She is the author of Drone Warfare: Killing by Remote Control.