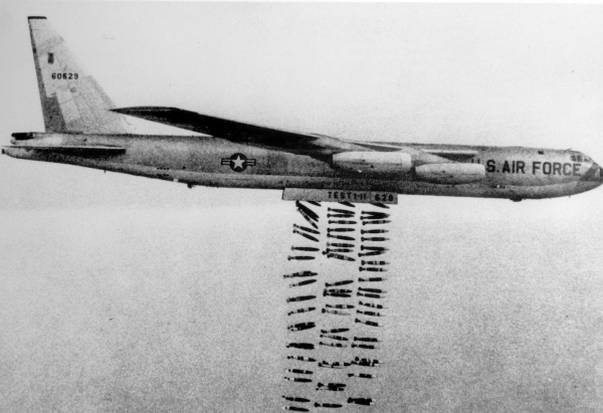 The Term “War Crime “ Is Obsolete

If war crimes are defined as military actions that, intentionally or not, harm great numbers of civilians, then either all wars today are crimes, or the term has become meaningless.
By Rachelle Marshall | May 10, 2016

In the current film “Eye in the Sky,” Helen Mirren plays a British colonel who must decide whether not to authorize an air strike on the headquarters of a group of Shebab terrorists in Kenya who are preparing to carry out a suicide attack in a crowded market place. The problem is that a little girl is selling bread from a stand close to where the terrorists are meeting. If the plotters set off their bomb, scores of innocent people will be killed. If the colonel orders an airstrike on their headquarters the little girl will die.

The situation the film presents is in many ways a microcosm of modern war. If war crimes are defined as military actions that, intentionally or not, harm great numbers of civilians, then either all wars today are crimes, or the term has become meaningless.

When soldiers fought on horseback carrying swords and shields, and later rifles, war crimes mainly consisted of looting civilian property and the abduction of the losers’ wives and daughters. The fighting was mostly confined to battlefields. That situation began to change with the introduction of  aerial bombing.

During World War II, the massive and indiscriminate bombing of cities was an essential element of both German and Allied war strategy. American bombs turned Japan’s cities into smoking ruins. British bombs leveled the city of Dresden, and the fire bombing of Germany by the British and Americans turned the centers of several German cities into expanses of burned out rubble.

Londoners, meanwhile, gathered nightly in underground shelters to avoid German bombing attacks. At the war crimes trials held at Nuremburg after that war only the  losers, the leaders of Germany and Japan, were tried and convicted of war crimes.

Twenty years later, between 1965 and 1973, the U.S. dropped more bomb tonnage on Indochina than it had on Germany during World War II. An estimated 2 million people in Vietnam, Laos and Cambodia  died, many as a result of bombs dropped by B-52s that left craters the size of a football field. The army’s use of herbicides such as Agent Orange damaged Vietnam’s orchards and rubber plantations and left a continuing legacy of stillbirths and deformed babies.

It’s not surprising that the Vietnam war is rarely mentioned in high school history classes. It was an exceptionally cruel war in which our forces used weapons such as napalm, a form of burning gasoline that stuck to the victim’s body, and “anti-personnel bombs” that exploded into razor-sharp barbs designed to wound rather than kill. Because they were plastic the barbs were difficult to detect once they entered the body.

Aside from the unofficial Bertrand Russell tribunal in Sweden, and the testimony of former soldiers, no serious charges of war crimes were laid against the Americans for their actions in Indochina. The same is certain to be true of our current wars and military interventions in Afghanistan, Iraq, Libya, Syria, Yemen, Somalia, and elsewhere. With few American lives at stake, and fought by paid

volunteers, they are taking place largely under the radar. This is especially true of the war in Afghanistan, which is now in its 15th year and shows no sign of ending. The nearly ten thousand American troops still there mainly provide air support to an Afghan army led by notoriously corrupt officers, plagued by desertions, and hopelessly outmatched by the Taliban.

Given the imprecise nature of most bombing attacks, including those intended to hit military targets, and the fact that U.S. air support is almost always carried out at the request of Afghan soldiers, civilians are too often the victims. But even expert strategists can be wrong. During  the course of the U.S. bombing of Iraq in 1991, the air force dropped a “smart bomb” down the narrow airshaft of what the pilots were told was a military command post. In fact the building was a bomb shelter, and the carefully aimed bomb killed or injured all 90 women and children gathered inside.

During Israel’s attacks on Gaza in 2009 and 2014 its bombs hit hospitals, homes, schools, and even United Nations shelters. The airstrikes left entire civilian neighborhoods in ruins. Between March 2015 and a recently declared ceasefire, Saudi Arabia repeatedly bombed hospitals and other civilian buildings in its recently ended  attacks on Houthi rebels in Yemen.  In early May the Russian-backed Syrian air force destroyed a hospital in Aleppo, and killed 55 people. In the same week, rocket fire by U.S.-backed rebel forces in Syria struck a hospital and maternity clinic, killed 3 women and wounded several more.

The destruction of nonmilitary targets may result either from an intentional effort to intimidate the civilian population or from mistakes made by poorly trained pilots. But whatever the reason, such errors have become a feature of modern warfare.

The headline that appeared in the San Francisco Chronicle on April 30, “No ‘War crimes’ in U.S. attack on Afghan hospital” therefore seemed hopelessly out of date. The AC-130 gunship that responded to a call for help from Afghan commandos reportedly hovered over the hospital for 30 minutes while firing missiles down on the clearly marked building. The hospital was destroyed, and 42 patients and attendants killed. The attack was shameful, but not markedly different from other, equally brutal actions in that war.

The pilots who carried out the sustained bombing of Kunduz’s major trauma center were following an established routine. The plane’s crew had relied on descriptions of the targeted location relayed by American and Afghan troops engaged in fighting on the ground. The descriptions they gave were apparently confusing, but the crew nevertheless used them, and bombed the hospital compound by mistake.

The officers responsible for calling in the strike received suspensions, removal of command, and letters of reprimand, penalties humanitarian aid agencies called grossly inadequate. Doctors Without Borders, which ran the hospital, declared that “a war crime has been committed,” and demanded an investigation by an independent international body. The Asia policy director of Human rights Watch called the failure to bring criminal charges against the soldiers responsible “inexplicable.” The military insisted that the bombing was a “tragic mistake,” but an unintentional one.

The truth is that human error is inevitable in war no matter how sophisticated the weapons used. In today’s wars in which targeting instructions are often issued far from the immediate area of conflict, no one on the ground is safe from a wrongly directed  missile.

There are at least two lessons to be learned from the tragedy in Kunduz and from similar ones that take place routinely in wars all over the world. One is that modern warfare invariably involves the indiscriminate killing of human beings who bear no responsibility for its causes. The second is that any attempt to distinguish between legitimate military actions that kill civilians (“collateral damage”), and tragic mistakes such as took place in Kunduz last October is a pointless exercise. The harsh truth is that atrocities are an integral part of war.