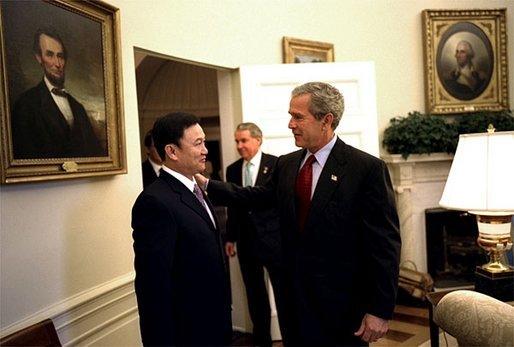 What Do Thailand, Ukraine, Belgium, and Egypt Have in Common? Dysfunctional Democracies

When the losing party in an election resorts to extra-legal measures, democracy is threatened and secession may follow.
By Keith K C Hui | February 3, 2014

Cross-posted from the Eurasia Review.

Democratic election has been downgraded to a simple arithmetic head count game in Thailand, Ukraine, Belgium and Egypt (the TUBE states) and is no longer a peaceful and meaningful political system for selection of leaders there.

When the voting minority groups refuse to accept the defeats in elections and attempt frequently or continually to topple the leaders who have been legitimately mandated by the victorious majority (even though by a slim marginal number of ballots),  the one-man-one-vote mechanism for selecting the rulers or governing party is dysfunctional.

In Thailand, the political parties (in different names) led by Thaksin Shinawatra scored 40.6% vs 26.6% popular votes in the 2001 general election, 56.4% vs 16.1% in 2005, 36.6% vs 30.3% in 2007 (constituency), 39.60% vs 39.63% in 2007 (proportional), and then 48.4% vs 35.15% in 2011. Despite the definite and consistent choices of the majority (mainly in the rural areas) of the Thai voters, the properly and legally elected government was first overthrown by a coup in 2006 and is now being demanded to be dissolved to give way to an unelected “people’s council” led by the opposition leaders. In order to demolish the “Thaksin regime,” Suthep Thaugsuban has suggested bypassing the democratic election since he knows he will lose in the one-man-one-vote head count game again.

In Ukraine, the divide between the pro-Russia east and the pro-European Union west has also brought the state into chaos.  Unlike Thailand, there is a lack of a definite majority here and as indicated in the Orange Revolution 2004 and the death of Georgiy Gongadze in 2000, the hostile confrontation can last longer.  When Viktor Yanukovych exercised his presidential authority to scrap a pact for “closer integration with the 28-nation European Union” in November 2013, his opponents cannot afford to wait for the next general election to vote him down. Hundreds of thousands of pro-EU citizens keep on storming the Independence Square to rally for Yanukovych’s resignation, thus further intensifying the face-off between them and those living in the eastern region of the country who mostly speak Russian and prefer a closer tie with Moscow.

The cultural and linguistic split between the Dutch-speaking and French-speaking communities in Belgium had left the state without a government for as long as 589 days during the period 2007-11 continually. Although democratic election did generate a Dutch majority in the Belgian Chamber, the various dissensions derived from regionalism are unlikely to be settled by the art of political negotiation for a compromise. Elio Di Rupo’s premiership since December 2011 is temporary and transitional. Unless there is a breakthrough, the partition of Belgium is inevitable.

The July 2013 coup to overthrow the authority of Mohammed Mursi in Egypt is a clear sign that election, no matter how open and fair may it be, is not a magic wand which can soften the polarization between the Muslim Brotherhood and their opponents. Universal suffrage, after having soured to become a simple head count game, can no longer bring peace to this old civilization nation. Egyptians should know that religious fights did result in secession in history, for example, Pakistan’s departure from India.

Secession will take place eventually if there is no alternative to democracy when election fails to function as a generally accepted leader selection and government formation system in the TUBE states. It has been evident that the standoffs derived from geographical difference or cultural gap or religious divergence therein have paralyzed the governance. Whoever wins the next election cannot command respect and generate stability because with the head-count-based majority mandate the governing party becomes an exclusive club and rules like a tyranny of the majority.1 Those who have lost the election refuse to co-operate with the governing party and resort to street protests to override the ballot outcome. Once the opposition leaders capture the authority, they tend to undo the previous regime’s setup (a similar situation can also be found in Taiwan).  Lack of policy continuity deters foreign investments, international deals and the like. Diplomacy is difficult since no one knows whether the pacts signed by the incumbent leaders will be honored by the successors. A vicious cycle will take charge and the only solution is secession.

However, there is an alternative now. To win the support of the co-nationals, it is not a must for political leaders in TUBE to be selected through a simple-minded head count game. The meritocratic “Helmsman Ruler System” — a modern, pragmatic and experimental version of Plato’s rotational ruler system which has been working in China quite smoothly since the 1980s — is a feasible option. Teams of competent intellectual-turned-politicians from all backgrounds (like the Politburo in Beijing) take turn to lead the state after having gone through a number of training programs and proved their talents and caliber through a series of postings among various administrative positions.2

In Thailand, the helmsman rulers will be the ones who have served at the local governments in both urban and rural areas, and won the praises of both the office managers, white-collar workers and rice farmers. In Ukraine, the state will be governed by an inclusive team of helmsman rulers who are willing and able to cater for diverse regional needs. In Belgium, the Dutch-speaking and French-speaking leaders can rule the state in rotation so as to balance the interests of the two different linguistic communities. In Egypt, well-trained administrators will work with the leaders of various religious groups and in rotation to revive the glory of the nation.

Plato’s rotational ruler system is neither remote nor idealistic anymore. Take a look at China and see how it has brought success to this weak and poor state. The Helmsman Ruler System can work out to serve any nation by adaptation to individual national needs.