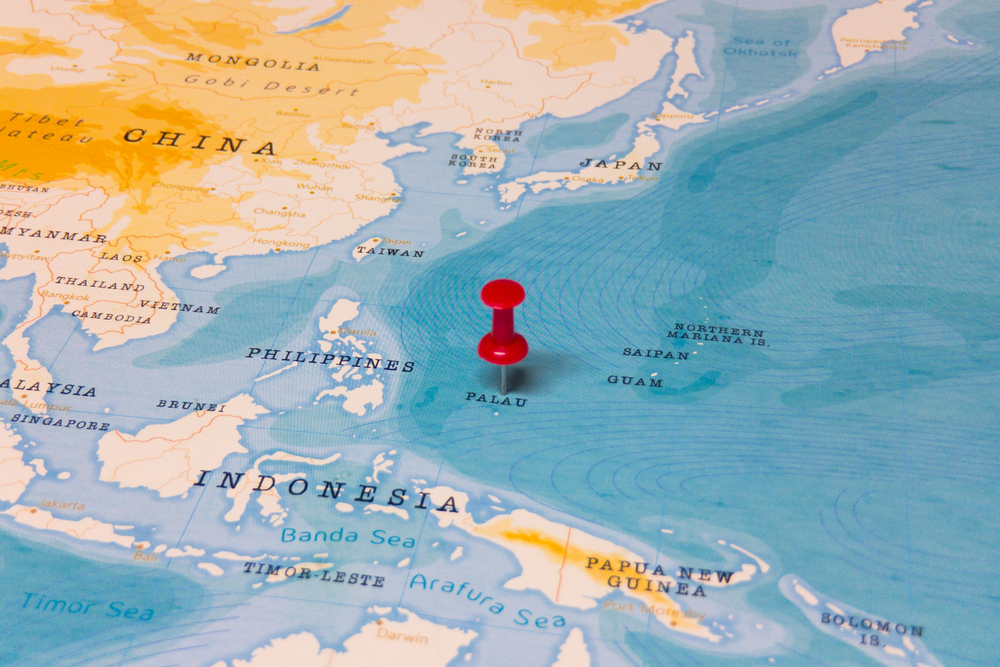 The American Empire Runs Through the Compact States

U.S. officials envision imperial roles for Palau, the Marshall Islands, and the Federated States of Micronesia.
By Edward Hunt | October 17, 2022

U.S. officials are working to integrate the compact states more closely into the American empire in the Pacific Ocean.

For the past year, U.S. diplomats and military leaders have been advising the leaders of Palau and the Federated States of Micronesia (FSM) that their countries are part of the U.S. homeland, despite the fact that the countries are neither states nor territories of the United States.

For decades, the United States has administered compacts of free association with Palau, the Marshall Islands, and the Federated States of Micronesia. The compacts create a unique relationship between the United States and these three Pacific Island countries. Essentially, the United States provides the islands with economic assistance in exchange for military controls.

The compact states “receive U.S. economic assistance and grant the United States the prerogatives to operate military bases on their soil and make decisions that affect mutual security,” notes a 2020 report by the Congressional Research Service.

Many U.S. officials argue that the islands are strategically important. They view the compact states as important components of a U.S.-controlled oceanic highway the starts in California, extends toward U.S. insular areas in the Pacific Ocean, and connects to U.S. military sites in East Asia.

“Together these three countries form a strategic bridge that stretches from Hawai’i to the Philippines, an area that is geographically larger than the continental United States,” State Department official Mark Lambert told Congress earlier this year.

Under these controls, the compact states have refrained from joining the South Pacific Nuclear Free Zone, which Pacific Island countries implemented in the 1980s with the goal of keeping nuclear weapons out of the area. At this year’s review conference for the nuclear Non-Proliferation Treaty, Pacific Island countries called on the United States to join the nuclear-free zone, only to hear little in response from Washington.

At a military base in the Marshall Islands, the United States tests hypersonic missiles and intercontinental ballistic missiles. More recently, the U.S. military has begun developing plans to create a radar station in Palau and military facilities in the Federated States of Micronesia.

“The compacts deny an enormous and strategically important section of the Western Pacific to potential U.S. adversaries, while enabling U.S. presence and power projection in the region,” notes a 2019 report by the RAND Corporation.

Each compact state is a member of the United Nations. Their membership indicates that they are sovereign states, but they are highly deferential to the United States.

A 2009 diplomatic cable published by WikiLeaks includes a message from Palauan leaders that their country will “never change its loyalty” to the United States. A Palauan diplomat told U.S. officials that a “good part of Palau’s sovereignty has been given to the United States” and “no modern, normative international law would allow this.”

According to the leaders of the compact states, U.S. officials have begun describing the islands as parts of the U.S. homeland. Over the past year, Palauan President Surangel Whipps and FSM President David Panuelo have been saying that U.S. diplomats and military officials have been talking about the compact states as if they are integrated into the United States, particularly on security matters.

When the leaders of the three compact states met with Secretary of State Antony Blinken in Washington on September 29, Whipps and Panuelo repeated these claims, attributing them to the Defense Department.

The compact states form “a special relationship with the United States and, as the Defense Department says, part of the homeland,” Whipps said.

“Part of the homeland,” Panuelo agreed.

The three countries “have a long tradition and high rate of service by their citizens in the United States armed forces,” Lambert acknowledged.

According to a report by the U.S. Government Accountability Office, the number of migrants moving to the United States and its territories increased by nearly 70 percent from 2009 to 2018, as islanders fled poverty, economic duress, and environmental threats.

As U.S. officials focus on how they can use the islands to advance their geopolitical objectives, island leaders remain far more concerned about climate change. In 2018, the Pacific Islands Forum identified climate change as the “single greatest threat to the livelihood, security and wellbeing of peoples of the Pacific.”

Recently, the Biden administration has made some effort to acknowledge the threat of climate change to the Pacific Islands. In its Pacific Partnership Strategy and National Security Strategy, the White House emphasized the importance of addressing climate change.

“For you all, it’s an existential threat,” President Biden acknowledged when he met with island leaders last month.

Still, the Biden administration is prioritizing its geopolitical objectives. Viewing China as the greatest long-term geopolitical challenge to the United States, administration officials are working to incorporate the compact states into the U.S. oceanic highway that crosses the Pacific Ocean and the U.S.-led island chains that encircle China.