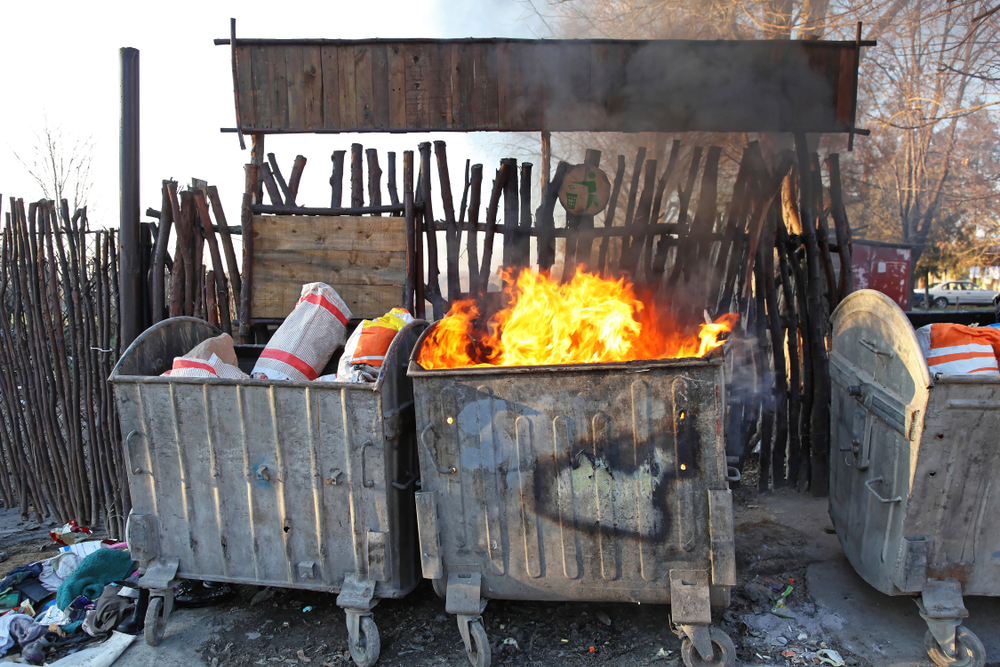 Each year Foreign Policy In Focus columnist Conn Hallinan gives awards to individuals, companies, and governments that make reading the news a daily adventure. These are the awards for the past year.

The Golden Lemon Award goes to Lockheed Martin for its F-35 fifth generation stealth fighter, at $1.5 trillion the most expensive weapons system in history. The plane currently has 883 documented design flaws, including nine “category 1” flaws.

The latter, the Project on Government Oversight explains, “may cause death, severe injury, or severe occupational illness” to pilots and “major damage” to weapons systems and combat readiness (which sounds like those TV ads for drugs that may or may not treat your disease, but could also kill your first born and turn you into a ferret).

But the company got right to work on those flaws — not by fixing them, mind you, but by reclassifying them as less serious. As for the rest of the problems, Lockheed Martin says it will fix them if it gets paid more.The company currently receives $2 billion a year to keep some 400 F-35s flying, a cost of $50 million a plane. It costs $28,455 an hour to fly an F-35.

U.S. aircraft are following industrialist Norman Augustine’s prediction that war plane costs increase by a factor of 10 every decade. He predicted that by 2054 the Pentagon will be able to buy just one fighter plane

The Silver Lemon goes to the U.S. Navy for moth-balling four of its Littoral Combat ships after less than two decades in service. All 10 Littoral ships apparently have a “fundamentally flawed” propulsion system. The ships cost over $600 million apiece. There are plans to build six more.

The Navy plans to build 82 ships overall in the next six years at a cost of $147 billion, including — at $940 million apiece — 20 frigates to replace the Littoral Combat ships.

The Bronze Lemon goes to the U.S. Army for spending $24 billion to replace its aging, 27-ton Bradley Fighting Vehicle with… ah, nothing? Not that it didn’t spend all that money. First there was the M2, but its armor was too thin. Then it built the Future Combat System, but it was too big and also had inadequate armor. Then they built the Ground Combat Vehicle, which was a monster and weighed three times more than the Bradleys.

The ET Award goes to the new U.S. Space Force for the design of its uniforms: jungle foliage. As George Takei (Helmsman Hikaru Sulu from Star Trek) commented: “Unclear why there is a need for camouflage in space.”

The Golden COVID-19 Award goes to Solange Vierira, Brazil’s Superintendence of Private Insurance in President Jair Bolsonaro’ right-wing government. According to former Health Ministry official and epidemiologist Julio Croda, when told that older people were more likely to die from the virus, Vierira told him that “it’s good that deaths are concentrated among the old. That will improve our economic performance as it will reduce our pension deficit.” The virus had killed over 184,000 Brazilians as of December.

The Silver COVID goes to U.S. Commerce Secretary Wilber Ross, who told Fox News that the virus has a silver lining: “I think it will help accelerate the return of jobs to North America. “ Unemployment in the U.S. passed 20 million this past summer. The virus also has killed nearly 400,000 Americans.

The Bronze COVID goes to the Italian medical supply company Intersurgical, which threatened to sue a 3-D printer startup for producing the company’s ventilator valve during last spring’s COVID emergency in northern Italy. Intersurgical, which charges $11,000 for each valve, had been unable to meet the needs of hospitals overrun with desperately sick patients. So Alessandro Ramaioli and Christian Francassi of Isinnova, a 3-D printing company, reverse engineered the part because Intersurgical refused to release the design specifications. The 3-D supplied valves cost $1 apiece.

Now Intersurgical is threatening to sue the two Isinnova men for patent violation. The virus had killed over 97,000 Italians as of December.

The Revolving Door Award goes to former Marine Corps General Joseph Dunford, who oversaw the testing of Lockheed Martin’s troubled F-35 fighter. According to the tests, the plane “could not demonstrate that the …F-35B is operationally effective or suitable for use in any kind of limited combat operation,” and if the plane encountered enemies it should “avoid threat engagement” (translation: run for your life). The test also found that pilots under 165 pounds had a 25 percent chance of death, and an almost certainty of serious neck injuries, if they ejected from the plane.

But Dunford said he had “full confidence” in the F-35 (generals don’t fly them). A little over four months after Dunford retired as head of the Joints Chiefs of Staff, he was appointed to the Lockheed Martin Board of Directors.

He has lots of company. After retiring, Admiral William Crowe joined General Dynamics, Gen. John Shalikashvili joined Boeing, Gen. Richard Myers joined Northrop Grumman, and current Defense Secretary nominee, retired Gen. Lloyd Austin, is on the board of Raytheon, one of the prime contractors for the new Space Force.

The Cultural Sensitivity Award goes to the Trump administration for appointing Darren Beattie to the Commission for the Preservation of America’s Heritage Abroad that oversees the conservation of Holocaust sites in Europe. Beattie has appeared on a panel with Peter Brimelow from VDare, a anti-immigrant site that the Southern Poverty Law Center calls a “hate website.” The Trump White House also put out a statement on Holocaust Remberance Day that never mentioned the word “Jewish.”

Co-winner is Israeli Prime Minister Benjamin Netanyahu for appointing former general Effi Eitam to head the Yad Vashem Holocaust Museum. Eitam, a West Bank settler, refers to Palestinians as a “cancer” and advocates expelling them from the Occupied Territories. “We cannot be with all these Arabs,” he says, arguing that the army could  “expel the population there overnight.” He also calls for ousting all Palestinians from the parliament.

Honorable mention goes to the White House for unleashing Border Patrol Agents, Arizona state troopers, and State Department of Public Safety officers on O’odham tribal members who were protesting the border wall that divides up their lands. Tribe members were tear gassed and struck with rubber bullets, and a number of children were arrested. The day was Oct. 12, Indigenous People’s Day.

The Blind Justice Award goes to the conservative Greek government for charging a 25-year old Afghan man with killing his six-year old child, who drowned when a refugee-filled boat overturned. Adriana Tidona of Amnesty International said the charge was “just one more way to discourage” asylum seekers and could violate the Geneva Conventions on the protection of refugees.

Runner up in this category is Egypt’s National Election Authority, which was angered by the low turnout of voters in the first round of the Senate elections this past August. Voting in Egypt is a requirement. But Egypt is in the middle of the pandemic and an economic crisis. Many of the polling places were also located away from residential areas, making it difficult for voters to get to them. Only a little over 14 percent of Egypt’s 64 million voters made it to the polls. The Commission’s response? Charge 54 million people with violating the election law, which carries a fine of 500 Egyptian pounds (about $31).

The Mati Hari Award goes to the right-wing Indian government of Narendra Modi for breaking up a highly sophisticated Pakistani spy ring. The agent — a pigeon painted pink and wearing a ring with a number on it — was turned over to the police, who are continuing their investigation. The official story is that locals saw the pigeon fly over the border and seized it, but suspicion is that it was an inside job: a stool pigeon.

There are also people and organizations that do their best to make the world a better place to live in. Here are a few:

Hallel Rabin, an 19-year old Israeli conscientious objector, has served three jail sentences for refusing to serve in the Occupied Territories. “People in power institute a policy of occupation and oppression of an entire nation,” she said. “I will not take part in a system that is based on inequality and fear.”

Melati and Isabel Wijsen, 19 and 17 respectively, lobbied successfully to ban all throw away plastics in Indonesia. After China, Indonesia is the second largest source of marine pollution. The sisters have also taken on climate change. ”Us kids may be only 26 percent of the world’s population, but we are 100 percent of the future,” said Isabel.

Finally, the Irish raised over $3 million to purchase water, food, and medical supplies for the Hopi Reservation and the Navajo Nation. Both tribes have been hard hit by COVID-19.

The money was payback.

In 1847 the Choctaw Nation sent $170 to Irish families caught up in the 1845-49 potato famine that killed more than a million people, and forced more than a million others to emigrate. The Choctaw were the first tribe to be forcibly relocated to Oklahoma in 1831, the so-called “Trail of Tears,” in which thousands died of disease and starvation.  When tribal members heard about the famine they raised money and sent it to the Quakers to be distributed.