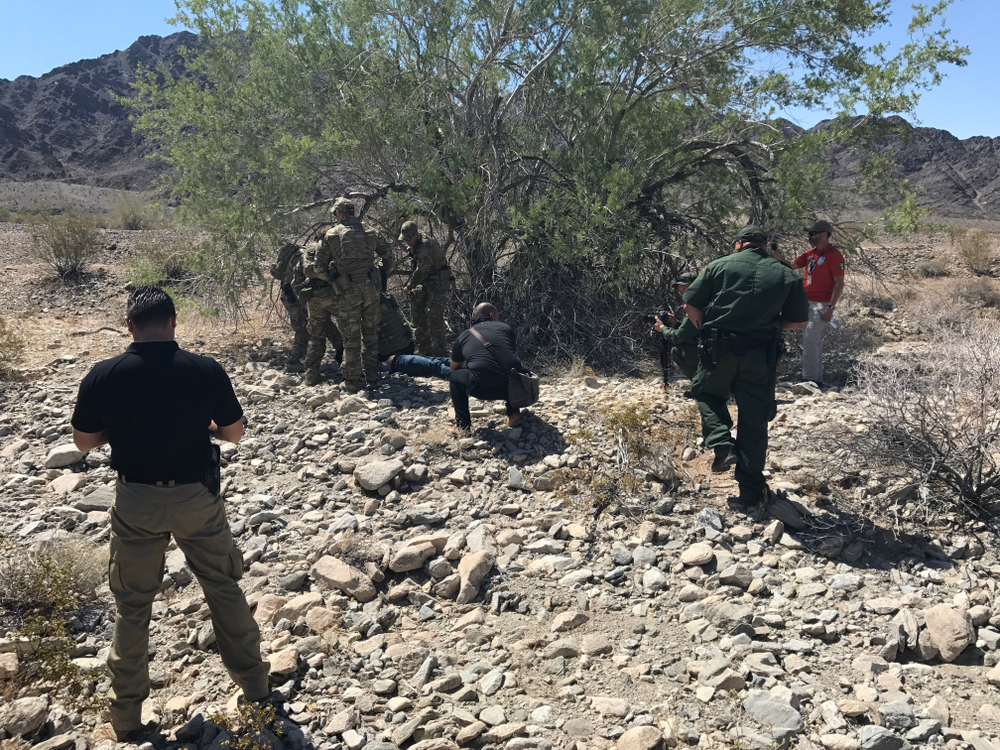 The Backstory to Portland? Two Decades of ‘Homeland Security’

The repression we saw in Portland wasn't new -- only the targets were.
By Khury Petersen-Smith | August 10, 2020

Troops have stood down in Portland and, for now, the city is quiet — which may say something about who was driving the violence there.

For weeks, masked men in the city were recorded throwing protesters into unmarked cars, firing tear gas and projectiles at contingents of mothers, fathers, and veterans, and generally carrying on with impunity.

But the repression in Portland did not come out of nowhere. There is a backstory: two decades of endless funding for police and military forces acting with impunity in the name of “homeland security.”

When The Nation broke the story that the U.S. Border Patrol were among the troops patrolling Portland, some critics were troubled by how far these — and other Department of Homeland Security agents — had strayed from their official responsibilities.

“Shouldn’t the U.S. Border Patrol be… patrolling the border?” asked conservative Trump critic Bill Kristol. Armed forces being deployed in ways that are clearly outside of their mandate is indeed cause for alarm. But we should also ask about what these agents have been doing at the border and beyond.

For the Border Patrol, cruelty is standard practice — from shooting unarmed migrants to arresting volunteers who leave water in the desert.

In 2018, agents violated international law when they fired tear gas at Central American families seeking asylum at the border. They faced no consequences. Should we be surprised that they felt confident firing tear gas at unarmed people in Portland?

Immigration and Customs Enforcement, whose agents also cracked down in Portland, has meanwhile been on the rampage in cities across the country. ICE officers swarming and abducting people is a chillingly familiar sight in immigrant communities. And repressive surveillance will come as no surprise to many American Muslims, who’ve endured it for years.

The backstory also involves police treatment of Native American communities, particularly when they protest. As scholar and activist Adrienne Keene notes, the armed forces who cracked down on the Standing Rock rebellion against the Dakota Access Pipeline used similar practices to what we’re seeing in Portland — both to beat back water protectors and as training for future dissent.

And there is, of course, the subject of the protests in Portland and beyond: rampant and unaccountable police violence toward Black people.

The sight of “jump out boys” — unidentified federal and local police who jump out of unmarked cars to arrest people — is so familiar in Black neighborhoods that they are a common subject of hip-hop verses.

And since the Ferguson, Missouri, protests in 2014, it has become disturbingly common to see officials respond to Black-led protests with some combination of local and state police and the National Guard, all brandishing automatic weapons and maneuvering in armored personnel carriers.

The terror that events in Portland have inspired is not a new experience for many communities in this country. But not only in this country. American soldiers spent years in Iraq, Afghanistan and beyond identifying people as “suspicious,” putting hoods over their heads, and whisking them away to secret prisons.

Some may think it’s a stretch to compare U.S. soldiers abroad to policing at home. But if it is, then why are these federal agents outfitting themselves in full, military-style camouflage?

These blurred lines are a natural result of declaring an open-ended “war against terrorism” and then painting everything from simply existing in countries like Somalia — where drone pilots consider all men of “military age” residing in certain areas to be targets — to protesting an oil pipeline in South Dakota as “terrorism.”

As this summer’s protests argue, of course, abusive policing well precedes the war on terror, but the “homeland security” regime of the last two decades shapes our era. President Trump celebrated federal police in Portland, and other cities he wants to deploy them to, as a new thing, as his thing. But the repression isn’t new — only the targets are.

The calls for oversight and demands that federal agents be withdrawn from our cities are urgent. The move to deploy these forces in brazen contempt for civil rights is escalating repression to a frightening new level.

But the calls cannot stop there. Accountability needs to be extended beyond what personnel in uniform are doing in Portland to what they do every day — in this country, on its borders, and all over the world.