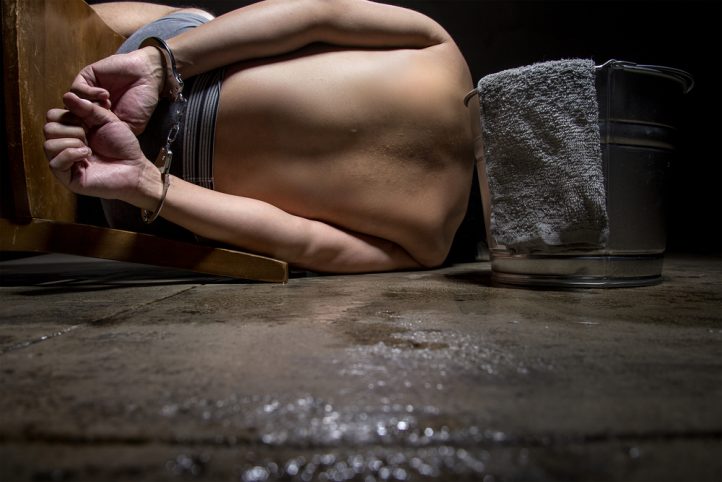 Gina Haspel is a consummate professional who has served the U.S. intelligence community with distinction for more than 30 years.

As the Trump administration’s nominee to head up the Central Intelligence Agency, Haspel has received endorsements from six former CIA directors, three former directors of national intelligence, and two former secretaries of state. It would be hard to find someone with more experience to run the CIA.

And that’s why she’s a terrible choice.

The CIA needs a Scott Pruitt or a Ben Carson. It needs someone who is dead set against the very nature of the organization, just as Scott Pruitt is anti-environment and Ben Carson could care less about housing and urban development (at least for the people who need it most).

Gina Haspel is just the type of status-quo choice that Donald Trump promised not to make. She’s not a swamp-drainer.

There is no one more qualified to be the first woman to lead the CIA than 30+ year CIA veteran Gina Haspel. Any Democrat who claims to support women’s empowerment and our national security but opposes her nomination is a total hypocrite.

Sanders is right — the Democrats probably would have tried to avoid the whole torture controversy if Obama had nominated Haspel. But that’s not the point. Trump was never about qualifications (or else he himself wouldn’t have made it past the primaries). So, let’s call the Dems partial hypocrites but reserve the attribute “total” for the current commander-in-chief for nominating a company woman when he pledged to shake up Washington.

And let’s take a closer look at just how Gina Haspel’s banality is the problem, not the solution.

The CIA didn’t suddenly discover torture after September 11. Throughout its history, the Agency has been intimately associated with operations that have involved torture and other “enhanced interrogation techniques,” to use the banal phrase of the George W. Bush administration.

In the 1960s, the CIA developed a torture manual codenamed KUBARK that outlined various “coercive counterintelligence interrogation” techniques including sensory deprivation, threats and fear, “inducing physical weakness,” and, of course, pain. Although the manual details why inflicting pain is frequently counterproductive, many of the military regimes that drew on this manual ignored the caveats.

In 1983, KUBARK became the Human Resource Exploitation Training Manual, which U.S. allies used, often with the direct assistance of the CIA. Writes Laura Smith in Timeline:

The 1983 manual was discussed in Senate Intelligence Committee hearings in 1988 because of human rights atrocities committed by the CIA-trained Honduran military, Battallion 316, which the Center for Justice and Accountability called a “death squad.” CIA operatives trained them “side by side” with torturers from Argentina’s “Dirty War.” Demonstrations were done on live prisoners. Battalion 316 would arrive in unmarked cars and whisk people away for violent interrogations. They disappeared 184 people whose bodies were never found, not to mention the many who were tortured and survived  —  many of whom were “peaceful leftists.”

So, after 2001, the CIA could draw on its own history and the experience of its own authoritarian allies to create black sites in various countries — Thailand, Poland, Romania, Morocco, Lithuania, Afghanistan, Bosnia — where it would send suspected terrorists, via “extraordinary rendition,” to be tortured.

This was no rogue operation, like Oliver North running his covert op within the National Security Council during the Reagan years. In summer 2002, the George W. Bush administration developed a legal rationale for torture. On July 24, Attorney General John Ashcroft approved the use of “the attention grasp, walling, the facial hold, the facial slap (insult slap), cramped confinement, wall standing, stress positions, sleep deprivation, use of diapers, and use of insects.” On July 26, he approved waterboarding. Once the CIA got this approval, the interrogators did the rest.

But not everyone in the Agency went along. Most notably, CIA agent John Kiriakou protested the use of waterboarding and then spoke to the press about it. Others within the Agency grumbled privately. By the time of the 2016 election, the climate of opinion had apparently changed within the CIA. The head of the Agency, John Brennan, declared in July 2016 that he would resign if the next president asked him to resume waterboarding.

Even those involved in torture seemed to have lost their taste for it. “I certainly think many of those who were connected to the [enhanced interrogation techniques] program over its six years’ span — and hundreds are still there — would resign or retire rather than having to go down that perilous road again,” former CIA lawyer John Rizzo predicted in February 2016.

Gina Haspel didn’t resign. She didn’t speak out. She worked quietly in the background.

“She is one of the most accomplished officers of her generation,” former director of the CIA Clandestine Service John Bennett says. “She has taken on some of the most demanding and least rewarding assignments in the War on Terror, not because she sought them out, but because she felt it was her duty.”

Her duty? To run a black site in Thailand? To cover up evidence of the torture that took place there?

She didn’t just obey orders as a lowly grunt, the defense used by Nazi underlings at the Nuremberg trials. She actively sought out the “most demanding” assignments and rose through the ranks accordingly. Advancement by demonstrating that you can do the dirty work without qualms: It’s the same path taken by Vladimir Putin, former KGB bureau chief, on his way to becoming Russian president.

You don’t make waves. You prove your indispensability. You are the irreplaceable cog in an organization doing reprehensible things.

You can’t get more banal than that.

The tagline of the popular TV show House used to be: Everyone lies. In the world of geopolitics, the equivalent would be: Everyone spies.

A nation-state as large and powerful as the United States will require an intelligence service, if only to address potential threats to the homeland. But these intelligence agencies can certainly be reformed. Let’s say that former whistleblower John Kiriakou were chosen to head up the CIA. What could he do that Gina Haspel would shy away from even contemplating?

Gina Haspel, during her confirmation hearing, will likely renounce torture as an effective or morally defensible part of interrogation. But nominees will say practically anything to get confirmed. A different kind of nominee determined to transform the agency would take an unequivocal stand on expunging “enhanced interrogation techniques” from the CIA repertoire, counter Trump’s claims that “torture works,” and repudiate the memos Trump’s aides prepared in the early days of the administration on lifting the prohibition on torture.

Next, such a nominee would take a similarly clear stand against the black sites where such interrogations took place, including ships at sea. Also on this list should be Camp Delta in Cuba. The Guantanamo facility has always been an anomaly, a little piece of America in the corner of Cuba. Instead of continuing to hold detainees at the facility there, the United States should transform the base into a medical complex for the Americas. Cuba, a small and relatively poor country, has built a reputation for using its hard-won medical expertise for the benefit of its neighbors. A considerably wealthier country, the United States should do the same.

Transformation of the CIA should include prohibitions against destabilizing foreign governments, extrajudicial assassination, and cyberterrorism. A transformative leader of the Agency should close down the current drone program, which is run by some of the people who headed up the torture program. The CIA should refocus on intelligence gathering instead of running roughshod over international law.

That’s a 3.8 percent and 2.4 percent increase respectively over what Trump requested last year. For comparison purposes, $80 billion is more than what the State Department receives for all of its activities overseas. Reducing funding for the intelligence community would be a judicious husbanding of resources.

Ultimately, the most important CIA reform is for it to come clean about its past. It’s hard to criticize Russian meddling in overseas elections when the United States remains unapologetic about similar activities conducted in the past. It’s hard to push for other governments to adhere to strict human rights accords when U.S. intelligence services have bent the rules on innumerable occasions. It’s hard to join hands with other countries to combat common threats — the Islamic State, cyberterrorism from non-state actors — when there’s so little trust about what the United States is doing under cover of darkness.

Sure, Gina Haspel will embrace the mantra of “reform.” But that just means bureaucratic reorganization and modernization of capabilities. Haspel is not a force for change. Whatever her personal qualities and talents, she is the bland face of a bloated, often ineffectual, and frequently malign organization.

The EPA? The Energy Department? HUD? No, it’s the CIA that really needs a thorough rethink.