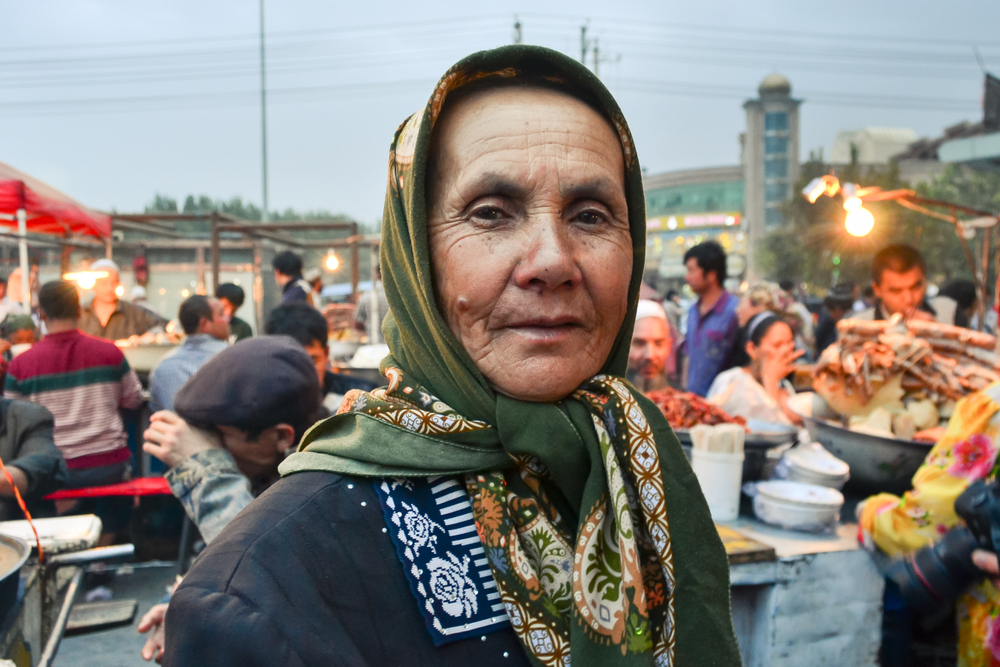 A Uighur woman at a market in Kashgar, China (Shutterstock)

The Biden Administration and the Politics of Naming

The Biden administration’s inconsistency on what gets called a “genocide” or “war crime” reflects a longer U.S. history of politicizing international law.
By Kallie Mitchell | June 24, 2021

In recent months, the Biden administration has voiced its concern over reports of human rights violations in the Tigray region of Ethiopia, where conflict broke out last November.

The U.S. government has called on both Ethiopia and Eritrea to withdraw their troops from the war-torn region. The fighting continues despite Ethiopian Prime Minister Abiy Ahmed’s claims that the Tigrayan People’s Liberation Front, the ruling party of the region, has been defeated and the conflict is at an end. As troubling reports of violence out of Tigray continue, U.S. Secretary of State Antony Blinken has described the situation as an “ethnic cleansing.”

Despite the clear-cut definitions for the different forms of mass atrocity crimes in international law, the “Politics of Naming” — to use political scientist Mahmood Mamdani’s term — are fraught with complications and obstacles.

In the post-Cold War Era, the international community has increasingly shifted away from the principles of state sovereignty and non-intervention and towards an international prioritization of human rights — one that actually obligates states to protect vulnerable populations both domestically and internationally.

The promotion of human rights as the new “standard of civilization” was meant to push states to prioritize human dignity over power politics. However, recent events demonstrate the ways in which the recognition of, intervention in, and prevention of genocide and other atrocity crimes are subject to the influence of realpolitik.

According to the Responsibility to Protect (R2P) Principle, which was adopted at the 2005 UN World Summit, the international community has the responsibility to intervene in cases of genocide, war crimes, ethnic cleansing, and crimes against humanity for the protection of human life and dignity.

However, the fluidity of the term “genocide,” as well as the moral hierarchy of atrocity crimes, allows those with naming power the ability to decide which conflicts are legitimate, which are not, and when and where they wish to intercede in the promotion of human rights.

The United States in particular, has been notoriously inconsistent in its classification of genocide and other forms of violence. By creating this hierarchy of harm through the condemnation or legitimization of violence, the United States government has manipulated the R2P to serve what it regards as its own foreign policy interests.

That pattern continues across administrations. During his 2020 campaign, U.S. President Joe Biden pledged to recenter human rights as the core of U.S. foreign policy. However, it is still yet to be seen whether this administration will substantively place universal human rights over other political interests.

While President Biden was praised for his formal acknowledgement of the Armenian Genocide earlier this year, this symbolic gesture required little sacrifice from the United States. There is no obligation to intervene in a historical atrocity, and offending the Turkish government did cause any new damage to the already complex relationship.

Shortly after its statement on the Armenian genocide, the Biden administration called for Ethiopia to end the violent “ethnic cleansing” in Tigray, while also calling the conflict “a regional issue” and refusing to commit to any intervention beyond the imposition of visa restrictions for Ethiopian officials and the withdrawal of some economic and security assistance.

In contrast, President Biden has maintained that the United States opposes the International Criminal Court’s investigation into potential war crimes committed by the U.S. military in Afghanistan. Despite being heavily involved in the creation of the ICC, the U.S. government has long refused to ratify the Rome Statute and join the ICC as a state party.

The American government insists that its actions in Iraq and Afghanistan constitute the execution of a legitimate counter-insurgency campaign. It’s an attempt to occupy the moral high ground while selectively invoking international law by calling certain conflicts elsewhere “genocide” in order to promote U.S. foreign policy interests.

President Biden has made efforts to demonstrate his commitment to the protection and promotion of human rights through his decision to recognize and condemn significant atrocity crimes and episodes of violence in the cases of the Armenian Genocide, as well as the Chinese government’s genocide of the Uyghurs. However, the parallel refusal of the U.S. government to condemn violations of international law and human rights by U.S. ally Israel demonstrates that President Biden still prioritizes certain foreign relationships over the protection of human life and dignity.

In order to make meaningful progress in the prevention and punishment of atrocity crimes, the United States and others with naming power must be willing to confront the hypocrisy of labeling practices that allow for many genocides to occur unchecked and with impunity.

Kallie Mitchel is an MA candidate at the Korbel School for International Studies.