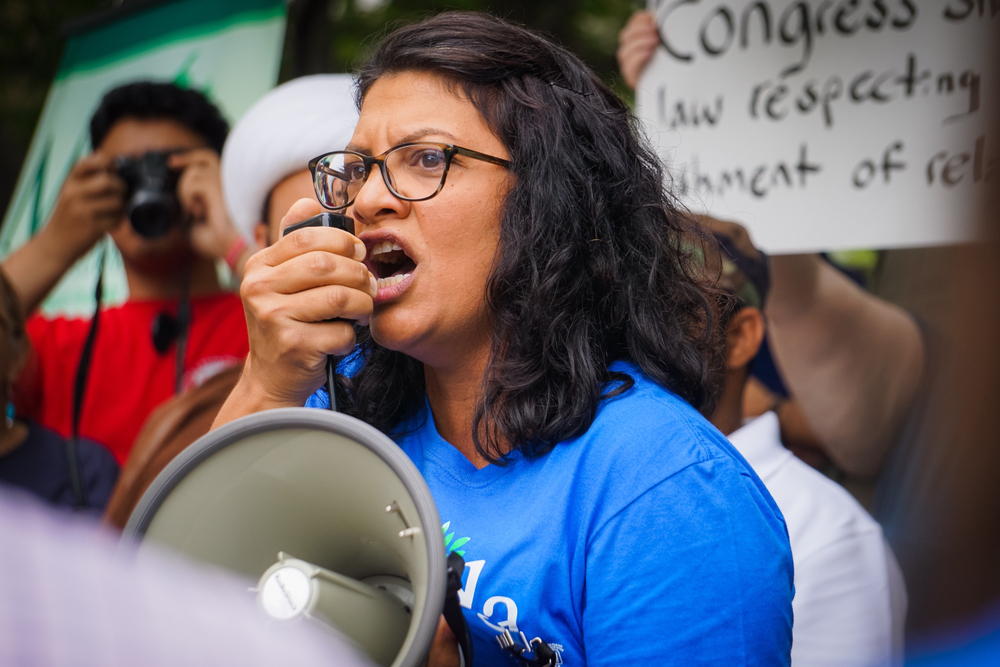 The ‘Blue Wave’ Was Also a ‘Muslim Wave’

In the most Islamophobic election in history, Muslim candidates scored big wins by embracing progressive policies.
By Domenica Ghanem | November 8, 2018

With the Muslim Ban, the promotion of torturer Gina Haspel to CIA director, and increases in hate crimes, it’s been a rough year for us Muslims in the United States.

So hearing the words “Salam Alaikum” as Ilhan Omar took the national stage on Election Night to accept her win as Representative of Minnesota’s 5th District made it feel like I could finally breathe a little bit easier.

The first Somali-American elected to Congress, Omar joined Rashida Tlaib, a daughter of Palestinian refugees, as the first Muslim women to be elected to U.S. Congress.

The election of these women to Congress is a direct repudiation of the domestic and foreign policies of a country that’s been hostile to migrants and refugees from a number of countries, including Somalia, and has funded Israel’s occupation and destruction of Palestine.

But even though Minnesota is home to the largest Somali population in the country, and Tlaib’s state of Michigan has a large population of Arab and Muslim Americans, this “Muslim wave” was about more than faith or ethnicity.

They’re also joined by more local progressive representatives like 26-year-old Mari Manoogian, who flipped a Michigan state house seat blue, and Sudanese immigrant Mo Seifeldein, who joined the Alexandria, Virginia city council. Both were endorsed by the Emgage PAC, which calls itself the “policy home of American Muslims.”

These candidates ran on health care for all, taking on our corporate welfare system, protecting black lives, and reversing our climate disaster. And many were unafraid to speak out against U.S. foreign policies that cause refugee crises and domestic policies that punish the desperate people feeling them.

The progressive Muslim wave, with the most Muslims running for office since 9/11, thrived even as it faced one of the most Islamophobic elections of our time.

A report by Muslim Advocates called Running On Hate outlined how, though anti-Muslim politicians have been lurking on the fringe for decades, “Trump’s presidency emboldened a new wave of anti-Muslim conspiracy theorists to run for office nationwide and at all levels of government.”

But what many of those candidates have since learned the hard way is that smearing Muslims is not a successful campaign strategy. They all lost to Democrats, with Brat’s race flipping a Virginia seat blue.

And even some Islamophobes who did make it, like Reps. Steve King and Duncan Hunter, won by smaller margins in part because voters soured on their anti-Muslim, white supremacist rhetoric.

What all of this tells me about the U.S. electorate is that they care about issues like raising the minimum wage, expanding Medicare, and funding for education at the same time that they reject racist Muslim and immigrant-bashing.

And I have a feeling this is just a drop in the bucket of an even bigger progressive, young, woman, Muslim wave to come.

Domenica Ghanem is the media manager at the Institute for Policy Studies.