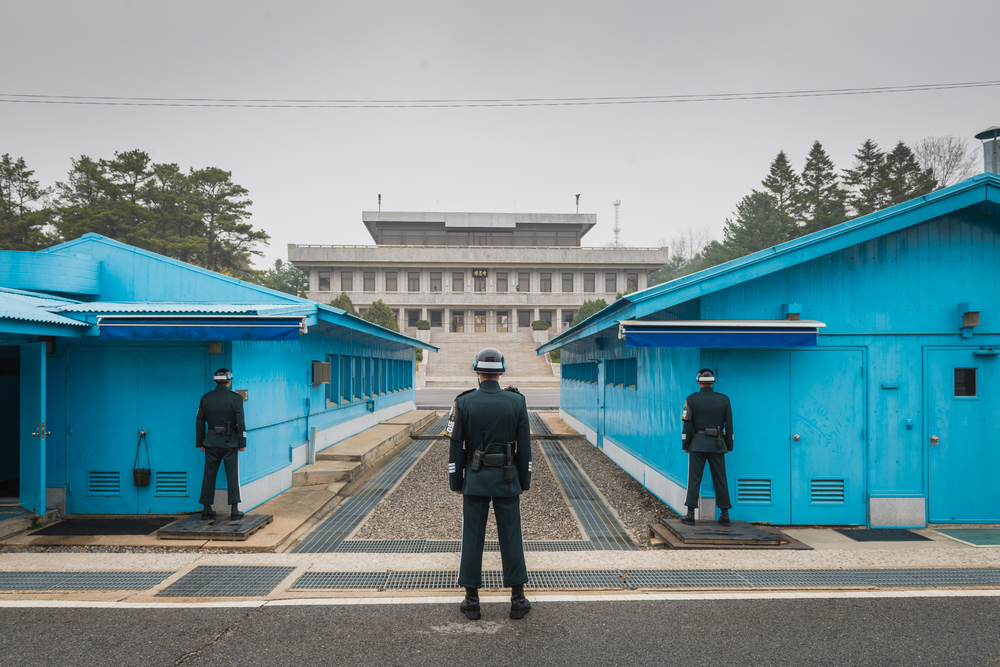 The Case for a New Approach to North Korea

Taking even small steps toward ending the 70-year-old Korean War would be a welcome change from the hostility and denial of past administrations.
By Daniel Jasper | February 10, 2021

As President Joe Biden takes office, a host of North Korea watchers, analysts, and former diplomats have put forward recommendations for how the new administration should deal with North Korea. Many rightly point out that the conflict in Korea will be among Biden’s biggest foreign policy challenges — and that the current circumstances portend significant humanitarian needs and the looming possibility of more military tensions.

However, what these discussions leave out reveals a glaring gap between conventional thinking in Washington and the reality of the conflict. They also reveal the gap between domestic and foreign policy conversations in the United States. Closing these gaps are the only way to build lasting peace in Korea.

What is often lost in the popular news coverage and analysis on North Korea is that the U.S. has technically been at war with North Korea since 1950, making it by far Washingtin’s longest running war abroad. The fact that the U.S. and North Korea never signed an official peace treaty is the reason why there is still so much conflict and military build-up on the Korean Peninsula today.

In other words, the unended war is the cause of the geopolitical tensions we see today. And nuclear weapons are the symptoms of this unended war.

Many lawmakers and pundits argue that North Korea must denuclearize in order for the U.S. to make peace, or that a peace treaty is something to use as leverage over North Korea. This reasoning, however, amounts to “we’ll make peace when they surrender” or “once they give us all their weapons.” From the perspective of North Korea, these demands sound unreasonable and out of touch with the reality of the conflict.

The conventional thinking typically falls along the lines that sanctions, isolation, and general pressure will eventually make North Korea buckle and give up its weapons. The logic rests on the idea that the North Korean regime will change its behavior, or that the country will run out of resources and collapse, or that ordinary people will turn against their own government for isolating their country.

These ideas may sound logical to some. But, after 70 years, it’s clear this approach doesn’t work.

Since the ceasefire in 1953, North Korea has endured the collapse of the Soviet Union, a major famine, many natural disasters, epidemics, pandemics, and more — all while being sanctioned and isolated by the U.S. and, since 2006, much of the international community. The idea that sanctions and isolation will cause North Korea to collapse or undergo a political revolution is clearly wishful thinking.

The Biden administration, then, must base its approach on ending the cause — the frozen state of war with North Korea — rather than an approach that’s exclusively focused on denuclearization, which is a symptom. To do this, the new administration will need to build trust and start small — something that should be doable even with the overwhelming domestic challenges that need to be addressed.

Just before the election, Biden wrote an article for the South Korean news service Yonhap largely addressing Korean Americans and making a promise to pursue family reunions between Korean Americans and their loved ones in North Korea. These families have heard these promises before and question whether this new administration will work in earnest to make good on that promise. The signs are not encouraging. Yet, it is not just a humanitarian crisis that needs to be addressed, but a viable way of building trust and healing the wounds of war.

There remain a host of other humanitarian issues and small steps that whole be low hanging fruit for the new administration.

For example, a labyrinth of sanctions regulations have impeded humanitarian aid programs for years. Most of these issues stem from U.S. domestic regulations. The handful of U.S. nonprofit organizations that carry out aid programs in North Korea not only provide lifesaving aid to civilians, they are an essential channel of communication and represent the best of our values. Yet their work has been subject to intense regulation and scrutiny from the U.S. government — the diplomatic equivalent of chopping off your nose to spite your face. These regulations can and should be changed to allow humanitarian agencies the access they need when North Korea reopens its borders.

The fact that the U.S. is still at war with North Korea is not lost on many of the families who are still waiting for their loved ones to come home from the war.

The remains of more than 7,500 U.S. POWs and MIAs are still in Korea from the period of active fighting between 1950 and 1953. Approximately 5,300 of these remains are in North Korea. The U.S. must recognize that finding these remains and bringing them home is a humanitarian mission wholly apart from the nuclear negotiations. Bringing U.S. troops home cannot be seen as a “carrot” to North Korea, but the fulfillment of the oft-stated U.S. military ethos that “no one is left behind.” Like reuniting families, it is a necessary step in healing the wounds of war.

We have other often overlooked diplomatic tools to untie this gordian knot. Steps like initiating people-to-people exchanges and opening a diplomatic liaison office in Pyongyang are tried and true instruments of a detente. Most of all, the U.S. must come to terms with the fact that we have allowed ourselves to be in a state of war for 70 years with North Korea. The very fact that so few are willing to address — even name the war — in their analysis should be reason enough for us to reexamine our assumptions about and approach to the conflict.

As I write this from my desk in Washington, D.C., nearly 25,000 U.S. troops have created a “green zone” in the city to facilitate the transition of power after an insurrectionist mob stormed the nation’s Capitol building. The events put the misogyny and racism that is imbued in our country’s institutions on full display for the world to see. As someone who has been to the demilitarized zone in Korea from both sides, those troop levels are eerily familiar. That’s about the number of U.S. troops garrisoned in South Korea (28,500) to act as a “tripwire” in case of an invasion by North Korea.

We in the U.S. would be fools to act as if our domestic situation is somehow disconnected from our foreign policy. The Biden administration has repeatedly stressed its attention to issues of diversity and inclusion — a welcome reprieve. However, this diversity needs to extend to a diversity of thought and voices as well. It’s time for fundamental change in many U.S. policies and its approach to North Korea must be included in this change or we are setting ourselves up for more war and discord.

Daniel Jasper is the American Friends Service Committee’s Public Education and Advocacy Coordinator for Asia. Follow him on twitter @DJasper_.