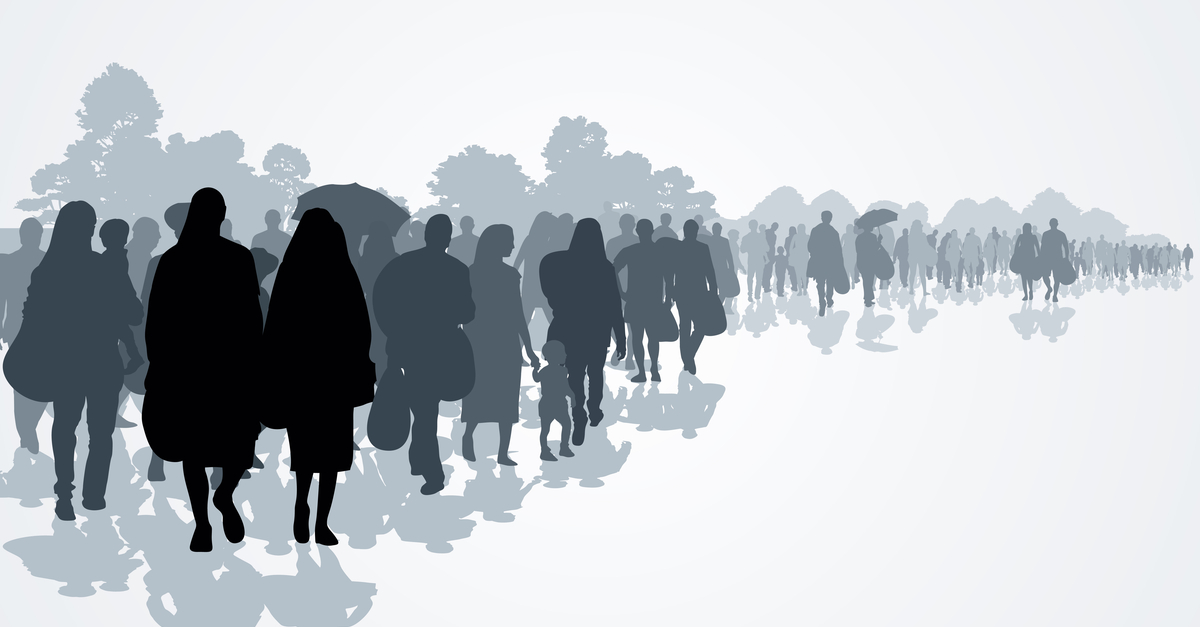 The End of Asylum?

Trump’s asylum ban and kangaroo tent courts threaten to destroy a pillar of international humanitarian law. What can we do?
By Julia Paley | September 23, 2019

A little boy living in a refugee camp, essentially in exile. In a city known for kidnappings and murders, and in a shelter with inadequate resources and supplies.

Most striking were the circumstances: The child was an American citizen, yet the shelter he resided in was located a few miles from the United States. Why, then, was he not living in his own country?

This is the distorted result of Remain in Mexico — officially called the Migrant Protection Protocols (MPP) — in which the administration forces asylum seekers from Central America to stay in Mexico to await their court dates, rather than allowing them to stay with sponsors in the United States.

In Mexico these migrants have nearly no access to family members, lawyers, or other support. Shelters and employment are woefully inadequate.

In international law, the principle of non-refoulement means that a person should not be returned to danger, whether in their country of origin or in another country.

Yet migrants are being sent to parts of Mexico with high levels of violence, as documented by Human Rights Watch and Human Rights First. Asylum officers from the Department of Homeland Security have themselves criticized the policy as unlawful, with some refusing to implement it at the risk of losing their jobs.

The outcome of a lawsuit from The American Civil Liberties Union, Southern Poverty Law Center, and Center for Gender & Refugee Studies is still pending. Meanwhile the numbers of people waiting in Mexico are growing both due to MPP, and to a process called metering, which limits the number of asylum seekers admitted each day.

And those are the people who at least in theory can be considered for asylum in the United States. Others’ opportunities have been curtailed by the Supreme Court’s decision to allow implementation of a rule that makes people ineligible to request asylum in the United States if they have passed through another country without applying for — and being denied — asylum there.

This means that, with few exceptions, anyone crossing the U.S. southern border who is not from Mexico would not be eligible if they presented themselves after July 16, 2019. To further intensify the situation, the United States has signed an agreement with El Salvador — and seeks to do so with Honduras — in which migrants entering that country would need to seek asylum there, not in the United States. Given the intense gang violence in El Salvador, it is in little position to provide safety.

For those awaiting U.S. court dates in Mexico, what happens next?

The administration has opened courts in tents on the U.S. side in places such as Brownsville and Laredo, Texas. Lawyers have limited access, the hearings are not open to the public, and media have not been allowed inside. Judges are beamed in remotely through video conference.

Even more remote than the judges’ locations is the likelihood that any justice will be done.

Experts believe that nearly all claims to asylum will be denied, since the purpose of the courts is not to protect people from violence in their home countries, but rather to ensure that the claimants do not remain in the United States.

Of the tens of thousands in the Remain in Mexico program, nearly none have been granted asylum; one who has is facing his case being appealed. University of Texas at Austin professor Denise Gilman calls the tent court process a “sham,” saying “it is not intended to adjudicate claims but rather to exclude and deny asylum.”

As such, it is the reverse of asylum. The policy takes people who are fleeing violence, makes them wait at the risk of their lives in a dangerous environment, and then sends them back to their countries of origin — potentially to their deaths.

It’s vital to remember that arriving as an asylum seeker is not “illegal.” On the contrary, being able to request asylum is a right. What is in violation of the law are current policies that seek to deny this right.

Not fairly hearing an asylum claim, and sending people to unsafe third countries, clearly violates international treaties such as the Universal Declaration of Human Rights, the American Convention on Human Rights, and the 1951 Convention relating to the Status of Refugees.

It also contradicts U.S. law, including the Immigration and Nationality Act and the Refugee Act of 1980. And trampling on people’s rights to a fair hearing violates the Constitution of the United States, which says in the 14th Amendment that all persons (regardless of citizenship) are to receive due process and equal protection of law.

How to Take Action

The violation of rights at the border and throughout the country is directed at people of color, as part of a larger racist and xenophobic bout of white nationalism in our country. The shooting at a Walmart in El Paso is but one manifestation of the hateful discourse labeling the arrival of immigrants as an “invasion.” White people and citizens need to acknowledge privilege, speak out, and take action lest silence amount to complicity.

Yet it is all of us who risk living in a nation where our rights are removed, laws are undermined, the safety valve of asylum is denied, militarization creeps further and further into the interior, and fascism is ascendant. If equal protection, human rights, and due process are not preserved, then we all lose rights that we ultimately need.

In this sense, the border is a harbinger of things to come for everyone — and what’s at stake is the soul of the country, as Fernando Garcia, head of the Border Network of Human Rights, has said.

Given current policy, should efforts be directed toward getting legal representation to as many Remain in Mexico asylum seekers as possible? Or does that in itself legitimate an illegitimate system?

Access to lawyers is essential for getting people out of U.S. detention centers and helping them obtain asylum. The El Paso Immigration Collaborative (EPIC) may be an important step forward in that regard. So are bond funds to get people released from detention — such as the Fronterizx Fianza Fund.

In the case of Remain in Mexico and the tent-court arrangement, some lawyers are refusing to participate, lest they legitimate the system. While appreciating the work that other attorneys do in representing clients who otherwise have scant access to legal representation — and recognizing the vital role lawyers can plan in witnessing the court proceedings and bringing the problems to public light — Gilman believes a priority is to protest and challenge the tent-system before it becomes institutionalized.

That could involve activism across communities — by witnessing, documenting, and spreading the word about these abuses, including through a massive social media campaign — and engaging politicians. Nationwide fury led to an executive order ordering the end of the family separation policy (although family separation itself has not ended), and a similar public response could have an impact here as well. One example is an action being organized by Catholic nuns for October 26 in Laredo, Texas.

Central to the work are organizations at the border, many of which have been active for decades. Among those engaged in the work are: the Border Network for Human Rights, the Hope Border Institute, Las Americas Immigrant Advocacy Center, Al Otro Lado, The Refugee and Immigrant Center for Education and Legal Services (RAICES), and the South Texas Pro Bono Asylum Representation Project (ProBAR).

People I spoke to at various institutions during a trip to Texas for Moral Monday at the Borderlands highlighted the importance of education, saying that people around the country need to understand the politics and history of current policy, and comprehend what is actually happening as it unfolds. They emphasized that it’s crucial for allied groups throughout the United States to be in dialogue with border organizations.

Because there is no single solution to the crisis, ongoing conversation and relationships are vital. Witnessing, seeing, photographing, writing op-eds and letters to the editor, and sharing with others what has been learned plays an important role. Storytelling of people’s experiences is especially useful: It shifts the discourse from one that identifies migrants as threats to one that sees migrants as fellow humans; it replaces racist rhetoric with empathy.

And although people from different regions can go to the border to learn first-hand what is going on, they can also create welcoming environments in their own communities, as asylum seekers spread throughout the United States to join sponsors.

There are many concrete things to do — funding bond and providing pro-bono legal services being priorities among them. Yet while physical donations like clothing and food can be useful, the main thing that can have an impact now is taking a moral stand against these atrocities and organizing for their transformation.

Julia Paley is the Director of Immigration Justice at the Religious Action Center of Reform Judaism. The views expressed here are her own.