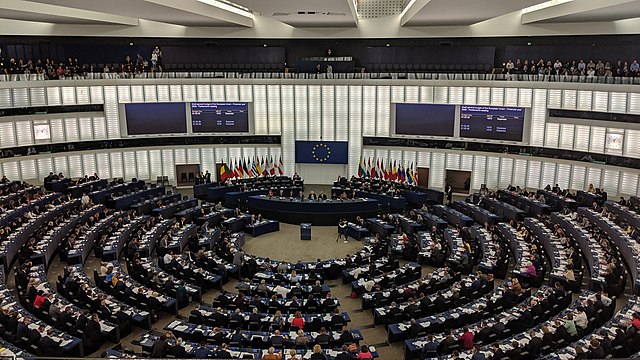 There’s at least one reason we should be grateful to the Greek people for exposing the European Union’s democratic dysfunction this summer: Their recent referendum showed that majority rule is impossible in a multinational union.

Creating the illusion of democratic decisions within the EU, even when there is no clear will among the member states, has returned like a boomerang with the recent Greek vote — the Greek people voted overwhelmingly against more austerity, but their European neighbors forced it on them anyway. This is especially relevant for a group of states with a single currency, a single financial pillar that supports not only a vast economic-monetary-regulatory platform, but the destiny of multiple countries and millions of human lives.

Thomas Jefferson was right when he claimed that “banking institutions are more dangerous to our liberties then standing armies.” With the Greek government’s reluctant decision to accept a proposed bailout plan in which nobody believes, Greeks are heading toward death by installment.

The Greek lesson is not new. A number of multinational states have fallen apart due to irreconcilable differences — between national sovereignty and the democratic principle of majority rule — that have enabled big nations to impose their will on the small ones. The Soviet Union, Yugoslavia, and even Czechoslovakia fell apart after democratic elections simply because every nation wants to decide its own destiny. Therefore democracy is beautiful and efficient as long as it acts within national boundaries. But in a union of states like the EU, the issue of decision-making among nations presents a big problem.

To this end I wrote a seemingly bold statement in the first part of an article last year, claiming that “the will of the people” would be the reef past which the EU would be unable to sail without serious reforms and changes. Absent those changes, the EU risked foundering on the reef and breaking up.

The Greek referendum has confirmed exactly this. They are a nation and can autonomously decide their destiny, even at their own expense. The problem is that their decision will not be without consequences for other nations — which are also in the EU, use the Euro, and retain the right to take a different position. If Greece’s destiny were decided by a referendum of the whole of the EU — according to the principle one EU citizen, one vote — everything would be different. The largest nations or interest alliances would have the majority in such power brawls.

This political inevitability may have inspired the great playwright Henrik Ibsen to quip: “The majority is always wrong; the minority is rarely right.”

In short, the future of Europe is caught in a very simple paradox. This paradox has been swept under the rug for decades, camouflaged by bureaucratic regulations concerning energy-saving light bulbs and the length and shape of vegetables. Nobody has seriously dealt with the unsustainability of decision-making within the EU since a fairly decent attempt in the treaty establishing a constitution for Europe in 2004.

At this level of its development, the EU is obviously not able to face these facts. But the facts won’t go away. Winston Churchill’s simple wisdom has been haunting the EU ever since the statesman’s speech at the University of Zürich in 1946: “The structure of the United States of Europe will be such as to make the material strength of a single state less important,” he predicted. “Small nations will count as much as large ones and gain their honor by a contribution to the common cause.”

As we can see, we’re not much closer to this ideal now than we were in Churchill’s times.

In this fashion we can understand the frustrations of the European bureaucracy. In its inability to seek truly important political solutions for the progress of the EU, it has produced loads of unnecessarily precise directives for almost everything, from cattle farming to waste disposal and the shapes of yogurt cups. Yet when a single member state decides to refuse the EU’s proposal, the mighty Union is shaken to its foundation.

The Greek decision is — like it or not — only a decision by an EU member state. It’s entirely legitimate, entirely legal, and entirely within the framework of basic principles on which the EU functions and was founded on. The same goes for the French and the Dutch referendums in 2005 that, by a convincing majority, rejected the treaty establishing a constitution for Europe and most likely averted the first step on the path to Churchill’s vision of a United States of Europe.

Ironically, French President Francois Hollande is the first to admit that the EU needs to be reformed — exactly as it was proposed 10 years ago and rejected by the French in that 2005 referendum!

The EU is a structure in which a gigantic monetary building stands on a political pillar that is a mere toothpick. Hollande is now proposing to strengthen the toothpick by turning the current consensus decision-making into a government and a parliament of the 18 countries using the euro. But again, this kind of structure has so far not worked in a multinational exercise so far. To make a United States of Europe without Europeans is no more sensible than making America without Americans.

When Cicero was campaigning for senator in the year 64 B.C., his immensely cunning brother Quintus, a precursor of the great Machiavelli, advised him how to win in that decisive year for Rome and ascend to the levels of power: “Promise them anything, look them in the eyes and lie, spread joy and optimism. After the elections you will keep some of the promises, especially the ones which suit you.”

The similarity of the current Greek story with this antique wisdom is by no mean accidental. Its moral is far above the banality of the common saying that “those who don’t work, should not eat.” Ultimately we are united on this European ship more than we might think, and definitely more than we’re aware of.

Vojko Volk is the Slovenian ambassador to Croatia. He has also served as Slovenia’s ambassador to Italy and the head of Slovenia’s Liasion Office to UNMIK. He is the author of From the Nation to the State and Back (2012) and has published widely throughout Europe. He is a contributor to Foreign Policy In Focus.