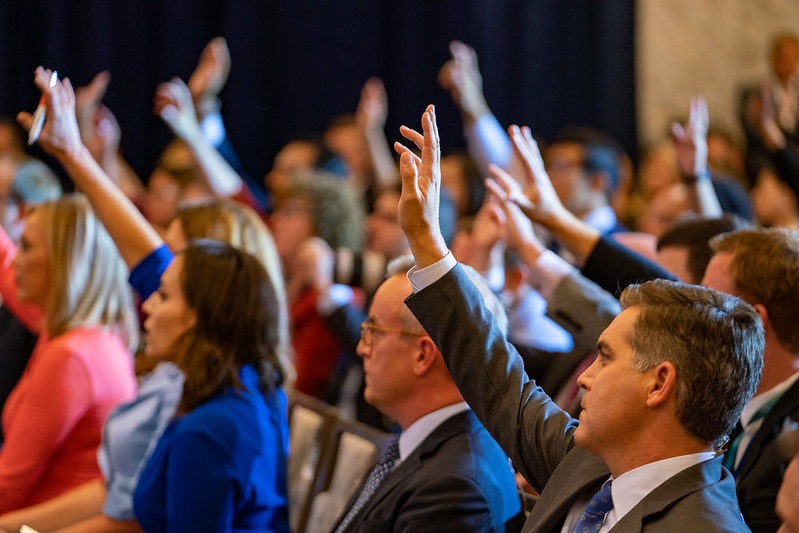 The Global Media and COVID-19

For all the coverage of heads of state and high-ranking diplomats, the perceptions generated by the media have the greater impact on the course of international relations. The panic over the coronavirus and the profoundly contradictory reports issued to the public by the media without any effort to introduce a scientific analysis have turned a medical challenge that could have been an opportunity to promote global cooperation into a disruption to the global economy that has brought airports to a standstill and sent stock markets crashing.

Moreover, the dominance of the United States as a producer of journalism standards for the world has meant that the nation’s greatest weaknesses have become the world’s weaknesses. , Decades of deregulation in the United States have produced a radical concentration in  media sources under the control of massive corporations and killed off local newspapers and independent stations. Newspapers and magazines have shed staff for decades and requirements for public service in reporting have disappeared. The evisceration of any tradition of government regulation during the Reagan era has spread to virtually the entire world.

It is now accepted opinion in many countries that media is a source of profits not a means of educating the public.

The COVID-19 outbreak and the round-the-clock reporting of its impact have brought the critical power of the media in international relations into focus. The failure of the media to hold President Trump accountable could be seen in the coverage of the president’s press conference in which his declaration of a national state of emergency over the coronavirus concealed a push for the comprehensive privatization of medicine in the United States, including a proposal to replace doctors replaced by Internet “telecare” and to no longer require hospitals to adhere to regulations for a maximum number of patients.

The implications for human security at home and abroad of this breakdown in the debate on governance are serious. The media is not challenging at all Trump’s effort to overturn regulations on medical practice in the name of a national emergency.

But the failure of journalism does not stop there. The constant reporting of every person to die from the disease – while leaving out those who die from gun violence, suicide or many other diseases – is aimed at exciting panic more than to stimulate a rational debate among citizens on policy appropriate to a democracy. There was little reporting on what specific steps the individual can take to keep healthy and protect himself or herself from disease (of which COVID-19 is just one).

For example, the average citizen should not be cowering in fear at home, afraid to go out, but rather building up a strong immune system. That means eating lots of fresh fruit and vegetables, avoiding tobacco and alcohol, getting lots of sleep, and reducing stress in one’s life while making sure to get sufficient exercise.

The administration would have made a bigger contribution to health by banning processed foods with high sodium and high sugar contents from convenience stores and fast food chains than cancelling flights to China and whipping up such a fear of the foreign that Asians have been assaulted and Chinese restaurants have been driven out of business. But this irrational policy decision had coldly rational reasons. The companies that sell sugary drinks and sodium-laden processed foods are precisely the clients who support the commercial media. Banning processed foods and providing all citizens access to fresh vegetables and fruits might make sense from the vantage point of science, but not from the perspective of profit.

During this crisis, the media has also turned a blind eye on the ongoing destruction of public medical facilities in the United States and the general privatization of medicine and insurance, all of which have compromised the national response to diseases of all kinds. Also, the critical problem of providing nutrition and healthcare for the homeless and the working poor was passed over in silence.

Rather, the media has replicated the virus’s strategy of transmission by passing around the world sensationalist reports, terrifying discussions, and myopic analyses that do not inform the public about the fundamental science of virology. Rather, the media has presented daily updates on the number of cases as if they were the scores of a baseball game.

The constant coverage of coronavirus has pushed other reporting to the margins. The far greater danger of climate change, which is killing millions and will kill far more, has been shortchanged in reporting. So has been the mounting threat of nuclear war as the United States pulls out unilaterally from arms control agreements and spends close to a trillion dollars on the upgrading of nuclear weapons systems. For that matter, the radical concentration of wealth around the world has been virtually ignored by the mainstream media. The decision of the Federal Reserve, without any form of democratic consultation, to inject $1.5 trillion into the stock market was buried under COVID-19 reporting.

Actual scientific reporting on what exactly the coronavirus is and how it functions has been relatively rare. Media is not by nature educational these days, but rather aimed at sensationalism and marketing. Few true experts appear on television to explain the process an outbreak goes through or to provide meaningful comparisons between the number of deaths from COVID-19 and other deadly contagious diseases like tuberculosis, hepatitis B, or pneumonia.

The concern about public gatherings had a real basis in science, but the decision to shut down numerous schools around the world, was unprecedented in history. The long-term risk of leaving citizens isolated and uninformed trumps the short-term risk of possible transmission of a disease.

Many of these policy decisions were made by politicians without consulting experts and often against the advice of the World Health Organization. In the case of the United States, the Trump administration blocked medical experts from meetings concerning COVID-19 policy because they lacked the proper security clearance. In most cases, the decision-making process that lay behind sudden policy shifts, undertaken in many cases without the passage of laws or debate by congressional committees, were not described in the media. The most important issue, the process by which policy is made and implemented, was completely obscured from the public.

In other words, a media devoted to informing the public about matters of life and death is needed now more than ever. Without properly funded investigative journalism and public-interest media, the United States, and with it the world, is flying blind.