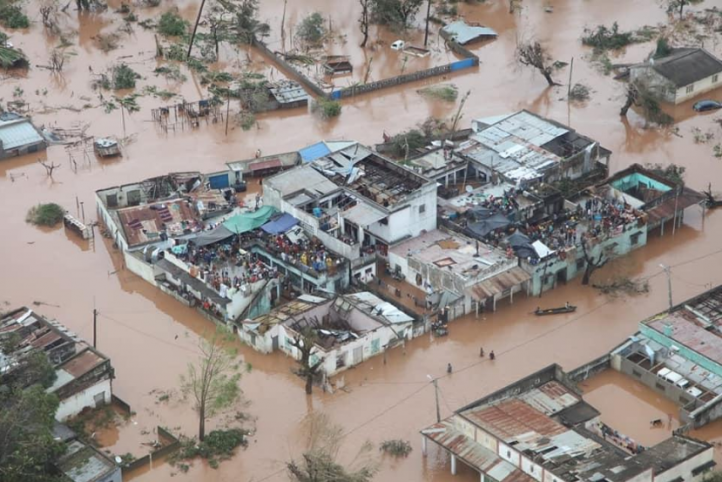 June 2019 was the hottest June in recorded history. July was even hotter — in fact, it was the hottest month ever recorded worldwide, as a wide swath of the continental United States sweltered with heat indexes of over 100 degrees.

Unless new action is taken to curb emissions driving the climate crisis, warns the Union of Concerned Scientists in a new report, the worst is yet to come. By mid-century, nearly one-third of Americans could be experiencing a month or more every year with a heat index above 105 degrees.

Add in more frequent storms, flooding, and wildfires, and the scale of the crisis is harder and harder to ignore. Public opinion polls show that a majority of registered U.S. voters now favor the ambitious Green New Deal, details of which remain to be spelled out. But it’s clear that the crisis is global, and that solutions cannot be limited by national borders.

This means action on multiple fronts in all countries to prevent catastrophic worldwide damage. But both the drivers and the effects of climate change are distributed unevenly. The most vulnerable countries have contributed the least to causing the crisis. Rich countries, through their greenhouse gas emissions, have contributed the most.

This is hardly a new observation. As the 1992 Earth Summit declared, rich countries “should take the lead in combating climate change and the adverse effects thereof.”

Rich countries need to step up their role in coping with the impact of worldwide climate disasters. Cyclone Idai hit Mozambique and neighboring countries in March, leaving over 1,200 dead and some 2 million acres of crops destroyed by floods. Meanwhile, storms hitting the U.S. Midwest caused terrible floods just as farmers were preparing to plant crops.

In each case the impact was devastating. Yet the toll was far greater in Mozambique, and the capacity to recover far less. Even now, the United Nations appeal for humanitarian aid to Mozambique is less than half funded.

Minimizing future climate damage depends on stopping the use of fossil fuels — most urgently coal. In China and the United States, as well as Western Europe, the decline of coal is well under way, a response to its inefficiency and the health damages from air pollution.

But these major economies are also still financing and exporting coal technology. Local activists in Kenya recently won a court ruling that blocked a proposed Chinese- and American-backed coal plant in Lamu, on Kenya’s coast.

Actions against fossil fuels will fail unless matched with gigantic investments in renewable energy and green jobs. Here too, technologically advanced countries need to step up cooperation with developing countries as they adapt renewable technologies to local conditions.

In Kenya and other African countries, off-grid solar energy is now lighting homes for hundreds of thousands of rural consumers. The potential for expansion is great. For example, cooking with solar electricity could help curb deforestation and prevent deaths caused by pollution from indoor wood fires.

Such measures can slow greenhouse emissions. But a new study also shows that tree planting on a massive scale can have significant effects in removing carbon dioxide from the atmosphere. New initiatives such as those in Madagascar and Ethiopia, which plans to plant 4 billion trees, offer both local and global payoffs.

Like the Green New Deal in the United States, the agenda for combating the global climate crisis must include many different components. First, however, our vision must match the scale of the problem.

William Minter is the editor of AfricaFocus Bulletin (http://www.africafocus.org).