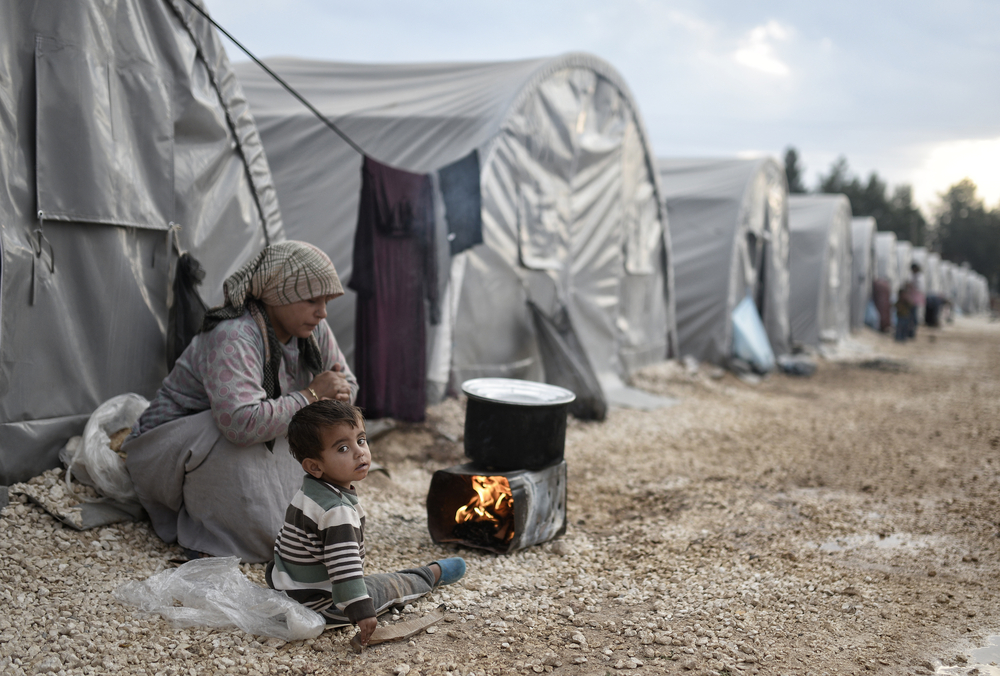 The system to exclude migrants from the Global North does not begin at the U.S.-Mexico border, nor in Eastern Greece, nor on the Italian island of Lampedusa, whose coasts are the watery grave of unnumbered migrants who died trying to cross the Mediterranean.

Instead, the new international migration regime now increasingly relies on cooperation from transit countries: neighbors of the Global North such as Mexico and Turkey that sit at the intersection of human flows originating in the Global South.

Today, countries like these serve as buffer zones to keep migrants from continuing further and now deport more migrants than their wealthier neighbors. However, cooperation by transit countries like Turkey and Mexico comes at a price — for migrants and for richer neighboring governments.

Mexico deports roughly 100,000 Central Americans per year, nearly twice as many as the United States. Today in Turkey, 3.6 million Syrian refugees are stuck in limbo, compared to only 1 million who reside in all of Europe. EU funds build razor wire fences along Morocco’s border to protect Spanish territorial enclaves in North Africa.

Higher levels of xenophobia in the U.S. and Europe exacerbate the perception of a growing “immigration crisis,” despite its lack of grounding in reality. Yet this perception gives transit countries greater leverage and forces Western governments to concede on other issues — from trade to territory. It also means Western governments are complicit in increasing authoritarianism and civil rights abuses in transit countries.

Bargaining over immigration control works because transit countries can trample on migrants’ rights. In a semi-authoritarian regime like Turkey, where human and civil rights are regularly violated, it is easier for the government to also ignore the rights of migrants. On the other hand, in countries like the U.S. or those in the EU, courts are more likely to rule against the actions of xenophobic politicians.

In essence, the greater saliency of immigration as a political issue weakens the international negotiating position of states like the U.S., while increasing the mistreatment of migrants who are detained before they even reach the borders of the Global North.

Social science research on right-wing populist rhetoric and political platforms shows that the far right’s most consistent topic — in both the U.S. and Europe — is the “threat” posed by immigration. These factions are more effective at pushing policy and public discourse in this area than any other. As a result, even when in opposition, the presence of right-wing populist parties has observable effects on the behavior of center and center-left parties.

In Germany in 2015, pressure from the far-right AfD and her coalition partners, the Christian Social Union, forced Angela Merkel to renege on her decision to accept all the Syrian refugees entering Europe at the time. Prime Minister Viktor Orban of Hungary used the moment as an opportunity to inflame public sentiment and impede EU cooperation on a more humanitarian response. Without an agreement among EU leadership on the best strategy going forward, the externalization of border control to Turkey became an appealing solution.

In 2016, Donald Trump promised to scrap the NAFTA trade deal, saying it was “the worst deal in history” for U.S. workers. Investors were sure the Trump presidency spelled disaster for the Mexican economy because he promised to impose tariffs on Mexican goods and pursue a protectionist economic agenda. When Trump won the election in 2016, the Mexican peso lost nearly 12 percent of its value against the dollar.

Whether Trump was truly aiming to scrap NAFTA like he abandoned the Trans-Pacific Partnership is unknown. But a comparison is illustrative: Although China got battered with tariffs and a trade war, Mexico, whose place in global trade was equally derided as dangerous for Americans during his campaign, went unscathed.

Changes to NAFTA (now the U.S.-Mexico-Canada Agreement, or USMCA) were largely cosmetic. Unlike Chinese products, no tariffs were imposed on Mexican goods — and, except for one clause pertaining to the auto industry, the treaty did not change much for Mexico.

Trump’s protectionist economic promises ran up against the “crisis” narrative he stoked about migration and so weakened his leverage. As a result, Mexican officials’ concerns about economic repercussions did not materialize.

The most significant policy shift was on migration, not the economy. Mexico agreed to act as a waiting room for Central Americans applying for asylum in the United States, and has cracked down on caravans and Central American families travelling north.

Negotiations between the EU and Turkey regarding Syrian refugees began in the winter of 2015. 60,000 refugees crossing into Europe a month was dubbed a “crisis,” even though the vast majority of refugees — approximately 5 million — resided in just three countries: Turkey, Lebanon, and Jordan.

Turkish Prime Minister Erdoğan, recognizing the opportunity, declared that “Europe is heading towards being drowned in its own fears” in a televised speech in 2016. “Islamophobia is mounting. They are even scared of migrants who take shelter there.” At the end of negotiations, Turkey extracted 6 billion Euros from the EU, a number which increased from only 1 billion when negotiations began. Turkey received another 6 billion in 2020.

Turkey had also been pushing since 2012 to establish a Turkish-administered buffer zone in Kurdish-controlled regions of Syria. After years of EU refusal to condone such a move, Turkey launched “Operation Olive Branch,” seizing control of 700 square miles and displacing 137,000 civilians.

Turkey claimed to be fighting ISIS and protecting European security, but the exclusive target of artillery shells and Turkish-trained Free Syrian Army forces was the Kurdish PYD. This time, European leaders remained silent due to Erdogan’s threats to “open the gates and send 3.6 million refugees your way.”

Right-wing populists’ xenophobic provocations weaken the bargaining position of their own governments by making them more dependent on transit states. Yet even now, Republicans are pushing Biden to further externalize U.S. borders by using U.S. dollars to build more immigration facilities in Mexico and Central America.

Framing immigration as a “crisis” makes an open immigration policy appear radioactive, despite it being equally popular and more economically beneficial. Biden would be well advised to ignore the rabble-rousing across the aisle. Outsourcing migration control might be more common today, but it is an insidious and surprisingly costly policy choice.

Dean Schafer and Andrés Besserer are PhD candidates in political science at the City University of New York.