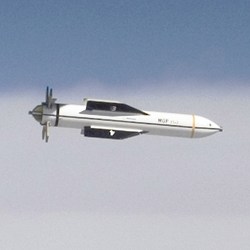 A prescription for fueling an intensified Middle-East arms race.
By Rob Prince | October 5, 2015

The Iran deal: what the Obama Administration giveth, Congress (tries to) taketh away?

In the aftermath of Congress’s failure to sabotage the Joint Comprehensive Plan of Action (JCPOA) – the agreement negotiated between six countries, the EU and Iran to limit the Iranian nuclear energy program in return for lifting sanctions – the Obama Administration, along with its partners in the agreement, have pushed ahead to implement it. But is this a case of “What the Obama Administration giveth, the Congress taketh away?” At the behest of neoconservatives, AIPAC, Christians United For Israel, some in Congress, however, including some original Democratic supporters of JCPOA, are actively working to undermine the very same agreement.

Referred to as “AIPAC’s Plan B” by some, there are several threads to political sabotage effort.

An early draft of the Iran Policy Oversight Act of 2015 raised hackles both in Tehran and Washington. It called for offering Israel the MOP as well as the means for delivering it; later drafts do not insist on this, nor do they discourage such weapons’ transfers. Even if the demand was recently dropped in subsequent drafts, watch how, like the proverbial bad penny, AIPAC and Co. will renew the call for giving Israel the MOPs, and along with it the B-52s or B-2 bombers necessary to launch the missile. The entire bill should be opposed and voted down, with or without the MOP system inclusion.

Massive Ordnance Penetrators – super-bombs, reminiscent of the worst days of the Cold War. In times past, it was a race to see who could build the biggest nuclear weapon, the U.S. or the Soviets, with each one outdoing the other triggering yet another round of nuclear weapons insanity. Fast forward to 2015, now it is a race to see who can build the most explosive “bunker buster” bomb, which country can build one that can penetrate deeper in the ground with more explosive power to take out underground military and nuclear facilities like those in Iran. The earlier generation of 5,000 pound bunker busters didn’t have enough firepower to destroy Iran’s underground military production system, so that one 6,7 times in size and with much greater penetration and explosive power was engineered and tested by the U.S. military. It is, by any standard, a weapon of mass destruction and should be banned, outlawed for use, not sold or offered for free to the Israelis. These bombs are so powerful, that while technically conventional they reach the firepower of tactical nuclear weapons (which were also conceived, among other things, as possible bunker busters).

At 30,000 pounds, the MOP – or as it is formally known – the GBU-57 (GBU=guided bomb unit) – is the largest non-nuclear weapon in the U.S. missile arsenal. The 30,000-pound massive ordnance penetrator, or MOP for short, is a bunker buster missile developed jointly by Northrop Grumman and Lockheed Martin in 2002. It burrows some 200 feet under the ground before detonating.The research got renewed energy though, when during the U.S. led 2003 invasion of Iraq it was discovered that an analysis of sites targeted with the then-existing bunker buster bombs “revealed poor penetration and inadequate destruction.” After U.S. Special Forces scoured Afghan caves looking for Osama Bin Laden, the program was intensified. An initial successful test explosion of one such bomb took place as early as March, 2007 at the White Sands Missile Range in New Mexico where the first atomic bomb was tested, but the final product did not come off the production line until September, 2011 when the Air Force took delivery of 20 bombs. Shortly thereafter, in February 2012, Congress approved $81.6 million to further develop and improve the weapon

The research development of the MOP proceeded at the Air Force Research Laboratory, Munitions Directorate, Eglin Air Force Base, Florida with design and testing work performed by Boeing. With unprecedented explosive power, the MOP’s very size presents “delivery” problems. The bomb itself is so heavy that only the biggest bombers in the American fleet could even be considered – B-52s and B-2 bombers and they had to be retrofitted and strengthened to carry such a heavy workload.

The Tweedle Dee and Tweedle Dum of U.S. Middle-East wars: Petraeus and Ross?

The question of whether or not Israel should get the MOP bunker buster bombs was already on the table two years ago, in 2013, when the Obama Administration and Israel’s Netanyahu government were negotiating a major U.S. arms sale to Israel. Ross and Petraeus’ proposal is to “sweeten the deal” to include the MOP. That earlier weapons’ sale package, discussed below, included some of the most sophisticated weaponry in the American arsenal: aircraft for mid-air refueling and missiles that could cripple an adversary’s air defense system (and thus make the country more vulnerable to bombing).

As is often the case, the Israelis upped the ante and asked for more, specifically recently 2011 tested MOP bunker busters, the new giant bomb designed to penetrate earth and reinforced concrete to destroy deeply buried sites. But, alas the Obama Administration refused the Israeli request.

In May (2015), in part to soothe their stated concerns over the Iran nuclear deal, the Obama Administration authorized a $1.9 billion sale of highly sophisticated weaponry to Israel, much of it with “bunker buster” potential that can penetrate and destroy underground military sites such as Iran’s underground nuclear facilities. According to an article in the International Business Times, it included 3000 Hellfire missiles for Israeli Air Force Apache helicopters, as well as hundreds of laser guided bombs and missiles and two kinds of bunker buster bomb packages: 50 BLU-113 Super Penetrator and 700 BLU-109 Penetrator bunker buster missiles. (BLU= Bomb Live Unit).

The business newsletter, The Motley Fool, provides a more extensive list of what the $1.9 billion deal consists of. While some attention has focused on the possible sale of MOPs, very little discussion has centered on the rest. Being sold are:

The BLU-109 first came into service in 1985; it is still in use today and is a part of the military arsenals of Australia, Belgium, Canada, Denmark, France, Germany, Greece, Italy, Israel, the Netherlands, Norway, Saudi Arabia, United Kingdom and United Arab Emirates.

The BLU-113 Super Penetrator, at 4,400 pounds, was, until the development of the its 30,000 cousin, the largest bunker buster weapon in the U.S. arsenal. Produced by the National Forge Company, the weapon carries some 675 pounds of tritonal explosives. Tritonal mixes the traditional explosive TNT with aluminum powder to produce a greater explosive mix than TNT.

Like the stronger bunker busters, Hellfire missiles shot from helicopters are meant to penetrate hardened targets – such as tanks and underground bunkers. An earlier transfer of Hellfires was suspended in the summer of 2014 over concerns that Israel was using them against civilian targets during its attacks on Gaza.

In authorizing this sale, the U.S. Defense Department made a curious – and not particularly credible – statement:

The United States is committed to the security of Israel, and it is vital to US national interests to assist Israel to develop and maintain a strong and ready self-defence capability…Israel, which already has these munitions in its inventory, will have no difficulty absorbing the additional munitions into its armed forces. The proposed sale of these munitions will not alter the basic military balance in the region.

Signaling Iran that despite the nuclear agreement, the US and Israel are still preparing for war against Iran?

The Petraeus-Ross proposal, as is the Iran Policy Oversight Act it supports, is reckless in the extreme and would go far in fueling an already hot Middle East arms race that much further.

As an April, 2014 NY Times article pointed out: “The weapon, called a Massive Ordnance Penetrator, weighs about 30,000 pounds — so much that Israel does not have any aircraft capable of carrying it. To do so, Israel would need a B-2 bomber, the stealth aircraft that the United States flew nonstop recently from Missouri to the Korean Peninsula to underscore to North Korea that it could reach its nuclear sites.” Having spent a good deal of time and money to upgrade the MOP, military sources told the Wall Street Journal that several bombs, dropped one on top of each other had the explosive power necessary to destroy fortified Iranian nuclear facilities

At the time, the 2014 NY Times article continued “The Obama administration [was] reluctant to even discuss selling such capability to the Israelis.” Nor are they anxious to make such a concession to Israel today. As Ross and Petraeus know well, to make the GBU-57 operational, the United States would also have to throw either B-52 or B-2 heavy bombers into the mix, a move which Ross, reaching a step beyond the limits of sanity, supports.

First of all transferring B-52s or B-2 bombers is in violation of the 2010 START Treaty which prohibits it. It is fantasy to think that the Iranians or Russians would stand idly by. As Kingston Reif noted in an on-line article at War on the Rocks, even some Israeli military figures are less than enthusiastic about receiving MOP weaponry:

Transfer of the MOP to Israel would also be highly provocative. For example, retired IAF Maj. Gen. Eitan Ben-Eliahu, a former commander of the IAF, has said that introduction of the B-52s would trigger a whole different level of conventional arms race in the region and prompt Russia to sell “10 times more” of the advanced S-300 air defense system to Iran. Moreover, What signal would Washington be sending to Iran if one of its first moves after agreeing to the JCPOA were to greatly strengthen the ability of Israel to unilaterally attack Iran? Such a move would not be particularly conducive to getting implementation of the deal off on the right foot.

Furthermore, while tempting to upgrade its arsenal with such a weapon, Israel is lukewarm to the proposal as the technical challenges for supporting it are many. It has only one air base, Nevatim, that could handle such a missile program and its runways would have to be upgraded to support the larger bombers. As a U.S. News and World Report article added,“Israeli experts also warn that the tiny country would have to invest a fortune in related infrastructure — simulators, training, facilities, mechanical systems and experts — to handle such weapons.” On the other hand, should such a deal be finalized it would permanently draw in the United States military in such a manner that the U.S. military presence in Israel, already considerable, would be permanent.