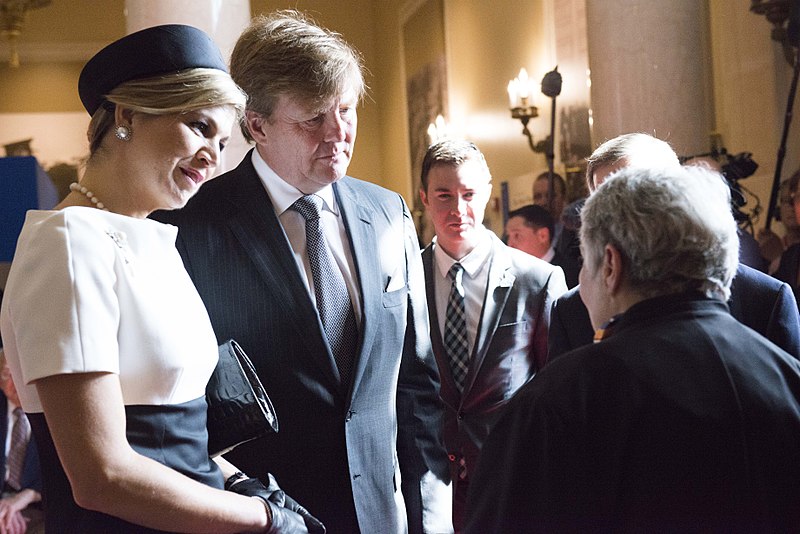 In the Netherlands, the king gave a speech about the coronavirus that was all rhetoric. But it was just the kind of rhetoric that we need during this time of crisis.
By Mira Oklobdzija | March 24, 2020

With the number of coronavirus infections and disease-related deaths rising rapidly in the Netherlands, Prime Minister Mark Rutte addressed the nation on March 16. “In the coming period, a large proportion of the Dutch population will become infected with this virus,” he said. “As we wait for a vaccine or treatment to be developed, we can delay the spread of the virus and at the same time build up population immunity in a controlled manner.”

The phrase “group immunity” provoked a very heated discussion. Far-right party leader Geert Wilders accused Rutte of conducting “an experiment with people” that could be “catastrophic.” Jaap van Dissel, a senior expert at the Dutch health agency RIVM and adviser to the Cabinet, said that too much meaning was being given to the phrase, saying it was not the goal of the current measures but a consequence of them.

This controversy takes place against the backdrop of the overall Dutch response to the crisis, which had until recently been notably less stringent than that of other European countries. During parliamentary debate on March 17, which lasted more than seven hours, Health Minister Bruno Bruins collapsed from exhaustion and had to be escorted out of the chamber. Wilders called for a full lockdown, which was supported by another far-right leader, Thierry Baudet of the Forum for Democracy.

“Most politicians try to avoid panic and radiate unity. But Wilders and Baudet do the exact opposite,” observes Rob de Wijk, professor of international relations and security at Leiden University and founder of The Hague Center for Strategic Studies (HCSS).

It is shocking that these politicians are only interested in the political gain that the crisis can bring. Arguing now, in high tones, for more measures that will inevitably come, but for which the time is apparently not yet ripe, makes it possible to say the day after tomorrow that this should have happened long ago, that these measures have been taken thanks to them …. Can’t Rutte make mistakes? That will have to be seen in the evaluation that will ones appear. Perhaps the Dutch approach was excellent, perhaps it was disastrous. We do not know. What I do know is that now is not the time for political games.

Belgian virologist Marc Van Ranst predicted last Wednesday that the Netherlands would likely soon change its approach. “They still have under 50 dead, but they’re getting close — 100 dead and this policy is changing,” he said. “And at that moment it is going to be too late, or very late, to take the same measures as Belgium is taking now.”

Until recently,  tourists from Belgium and Germany were taking advantage of the less stringent controls in the Netherlands to cross the border to do some shopping and visit a pub or two.

On March 23, however, the Dutch government issued new regulations banning all public gatherings until June 1 and urging citizens to stay at home.

For his part, King Willem-Alexander addressed the nation on March 20. The monarch, who is perceived as a symbol of unity but has limited political power, provided little more than rhetoric. So, I felt compelled to criticize him. But then again, there is no doubt that his words were sincere. And surely people have a need for reassurance.

In his address, the king urged people to find it in their hearts to be as compassionate and assertive as possible during the coronavirus pandemic. He also offered his gratitude and praise for many of the hardest working people in the country. He didn’t speculate or take part in the discussion on the Cabinet’s measures. He doesn’t claim to know whether they should be more or less restrictive. He simply calls them “drastic but necessary.”

The words and meanings most pronounced in this speech were: compassion, solidarity, alertness, kindness, respect, and gratitude. “The efforts being made in many fields are exceptional,” he noted. “That of course includes our doctors and nurses… Thousands of former healthcare professionals and other volunteers are coming forward to offer their help. That’s fantastic.”

Besides medical personnel, he cited employees of the other vital sectors as well. “We realise all too well how essential the people are who are helping to prevent our society from coming to a complete standstill,” he continued. “Those working in logistics, supermarkets, the cleaning sector, ICT, education, childcare, public transport, the police and many other fields. You are carrying us through this extremely difficult time. Without you, we simply could not manage. Thank you so much.”

It should be the task of politicians in power to reinforce this gratitude and not only by verbal means. It is incumbent on everybody else to behave with humility toward those who cannot work from home and who are usually less well compensated for their labor. And we can also expect that the king will dedicate a part of his considerable fortune to the needs of his citizens.

The king’s speech didn’t offer any news of miraculous vaccines. But his words nevertheless can have a curative effect:

The Netherlands wouldn’t be the Netherlands if people didn’t spontaneously offer their help. People willing to lend a hand in nearby care homes. People volunteering to work for a helpline. Students offering to babysit for parents in key professions. The Coronavirus has unleashed an incredible amount of positive energy, creativity and public-spiritedness…These are the qualities we will be needing not only for the time being, but certainly also later on should things get even more challenging. Alertness, solidarity and kindness: as long as we can sustain these qualities, we will be able to tackle this crisis together, even if it lasts for some time. 2020 will be a year to remember. Everyone will experience it differently. But I hope and believe that feelings of solidarity and pride will prevail and bring us all closer, as we get through this most difficult of times together.