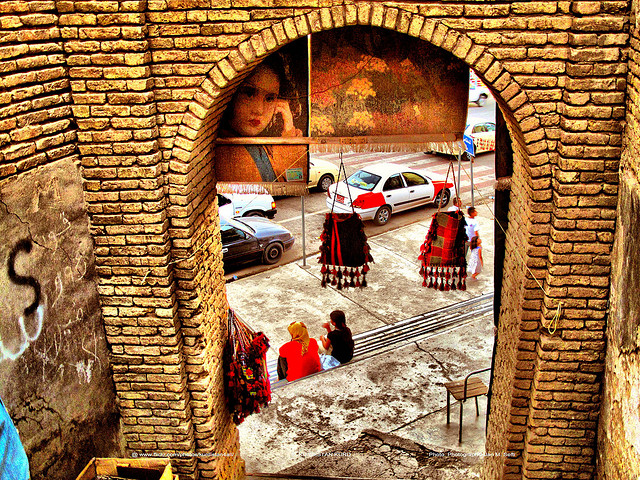 The Kurdish Moment: Opportunity and Peril

Turmoil in Iraq and Syria, along with political developments in Turkey, has created unprecedented opportunity for the Middle East's long-suffering Kurds.
By Conn Hallinan | August 27, 2013

For almost a century, the Kurds—one of the world’s largest ethnic groups without its own state—have been deceived and double-crossed, their language and culture suppressed, their villages burned and bombed, and their people scattered. But because of the U.S. invasion of Iraq, the Syrian civil war, and Turkish politics, they have been suddenly transformed from pawn to major player in a pivotal part of the Middle East.

The Kurds—who speak a language distantly related to Farsi, the dominant language of Iran—straddle the borders of northeastern Syria, northern Iraq, and western Iran, and constitute a local majority in parts of eastern and southern Turkey. At between 25 and 30 million strong, they have long yearned to establish their own state. Now, with their traditional foes weakened by invasion, civil war, and political discord, the Kurds are suddenly in the catbird’s seat.

But in the Middle East that can be a very tricky place to dwell.

The Kurds’ current ascent began when the U.S. established a no-fly zone over northern Iraq following the 1991 Gulf War. When the Americans invaded and overthrew Saddam Hussein in 2003, Iraqi Kurds saw their opportunity: they seized three oil-rich northern provinces, set up a parliament, established a capital at Erbil, and mobilized their formidable militia, the Peshmerga.  Over the past decade, the Kurdish region has gone from one of the poorest regions in Iraq to one of the most affluent, fueled in the main by energy sales to Turkey and Iran.

It is an astounding turn of fate.

Twenty-nine years ago the Turkish government was burning Kurdish villages and scattering refugees throughout the region. Some 45,000 people—mostly Kurds— lost their lives in that long-running conflict. Today, Turkey is negotiating with its traditional nemesis, the Kurdistan Workers Party (PKK), and trying to cut a peace deal that would deliver Kurdish support to Turkish Prime Minister Recep Tayyip Erdogan’s push to amend Turkey’s constitution and give himself another decade in power.

In 1988, Saddam Hussein dropped poison gas on the Kurdish town of Halabja, killing between 3,000 and 5,000 people. Today, the Iraqi government of Nouri al-Maliki may be outraged by the Kurds’ seizure of oil assets, but the Baghdad regime is so preoccupied by a sectarian-led bombing campaign against Shiite communities that it is in no position to do more than protest. Last November, the Maliki government backed away from a potential showdown with the Peshmerga in the northern town of Tuz Khurmatu.

Fifty years ago the Syrian government stripped citizenship rights from 20 percent of its Kurdish minority—Kurds make up about 10 percent of that country’s population—creating between 300,000 and 500,000 stateless people. Today, Syria’s Kurdish regions are largely independent because the Damascus regime, locked in a life and death struggle with foreign and domestic insurgents, has abandoned the northern and eastern parts of the country.

Only in Iran are Kurds in much the same situation they were a decade ago, but with Tehran’s energy focused on its worsening economic situation and avoiding a confrontation with the United States over its nuclear program, that too could change.

In short, are the Kurds’ stars finally coming into alignment?

Maybe and maybe not. The Kurds’ current opportunities are fragile, relying on the transitory needs or current disarray of their traditional foes, the central governments of Turkey, Syria, Iraq, and Iran.

Turkey is a case in point.

Erdogan needs the votes of Kurdish parliamentarians to put a new constitution up for a referendum in time for the 2014 elections. Ending the conflict with the Kurds could also boost Turkey’s application for European Union membership and burnish Ankara’s regional leadership credentials. The latter have been tarnished by Erdogan’s recent missteps, including his unpopular support for the Syrian insurgents and his increasingly authoritarian internal policies.

Most Kurds would like to end the fighting as well, but that will require concessions by the Erdogan government on the issues of parliamentary representation and the right of Kurds to educate their children in their own language.

But Erdogan has balked at these two demands, and the Kurds are growing impatient. PKK leader Cemil Bayik recently warned that “September 1 is the deadline” for a deal and a failure to reach an agreement by then “will be understood that the aim [of the Turkish government] is not a solution.” Given the long history of animosity, it would not take much to unravel peace talks between the two parties.

Syria’s Kurds have threaded a hazardous path between their desire for autonomy—some would like full independence—and not taking sides in the current civil war. Indeed, the fighting going on in northern and eastern Syria is not between the insurgents and the Assad government, but between the Kurdish Democratic Union and the combined forces of the extremist al-Nusra Front and the Islamic State of Iraq and the Levant, both of which are affiliated with al-Qaeda.

Most of Syria’s oil reserves are in the Kurdish region and control of them would provide a financial base for whatever side emerges victorious.

The Assad regime may have abandoned the north, but Damascus recently has made headway against the insurgency, gains greatly aided by infighting among the opposition. So far the war is a stalemate, but it might not stay that way forever. Even Syrians opposed to the Assad government are tired of the fighting, and most have no love for the sectarian groups that have increasingly taken over the war against the Damascus regime. In short, the current autonomy of Syria’s Kurds may be a fleeting thing.

Of course, it is possible that the Syrian Kurds might cut a deal with Assad: help drive the insurgents out of the area—maybe in alliance with the Iraqi Kurds—in exchange for greater autonomy. That would enrage both the Turks and the Maliki government, but it is not clear either could do much about it.

Erdogan’s support for the Syrian insurgents is widely unpopular in Turkey, and any direct intervention by the Turks to block autonomy for Syria’s Kurds would put Ankara in the middle of a civil war. With an election looming next year, that is not a move Erdogan wants to make. As for Iraq, thanks to the U.S.-led dismantling of Saddam Hussein’s army, Baghdad doesn’t have the capabilities to take on the Peshmerga at this point.

What will finally emerge is hard to predict, except that a return to the past seems unlikely. Iraq’s Kurds can only be dislodged by a major invasion from Turkey in cooperation with the Baghdad government. Given that Kurdish oil and gas are increasingly important to the Turkish economy, and that any invasion would be costly, why would Ankara do that?

And cooperation between Baghdad and Ankara has been soured by Turkey’s willingness to ignore Baghdad’s protests over its exploitation of Kurdish-controlled (but Iraqi-owned) oil and Turkish support for the Sunni extremists trying to overthrow Assad. Those same extremists are massacring Shiite supporters of the Maliki government in Basra, Baghdad, and Karbala.

Turkey’s Kurds—between 20 and 25 million, the largest Kurdish concentration in the world—are on a knife’s edge. There is little doubt that the average Turkish Kurd wants the long-running conflict to end, as do the Turks as well. But Erdogan is dragging his feet on the key peace issues, and the PKK may decide it is time to pick up the gun again and return to the old Kurdish adage: trust only the mountains.

The solution to all this is not all that difficult.

For Turkey, granting Kurdish language rights and cultural autonomy, and reducing the minimum percentage of votes to serve in the Turkish parliament from its current 10 percent, would probably do the job.

For Syria, the formula for peace would be much the same, with the added move of restoring citizenship to almost half a million now stateless Kurds. But that is only likely to happen after a ceasefire and a political settlement of the civil war.

The Iraqi government will have to bite the bullet, recognize that an autonomous Kurdish area is a reality, and work out a deal to share oil and gas revenue.

As long as Iran is faced with an attack by the United States or Israel, its Kurds will be out in the cold. Washington and its allies should keep in mind that sanctions and threats of war make any peaceful resolution of long-standing grievances for Iran’s minorities—which also include Azeris, Baluchs, and Arabs—impossible. If the United States is truly concerned about minorities in Iran, it should find a way to negotiate with Tehran over its nuclear program.

But the Iranian government, too, would do well to seriously engage with its Kurdish population. Autonomy for the Kurds is out of the bag and not about to go back in, regardless of what the final outcomes in Syria and Turkey are. Sooner or later, Iran will have to confront the same decision that governments in Damascus, Ankara, and Baghdad now face: recognition and autonomy, or war and instability. 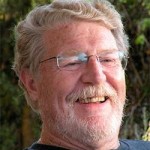