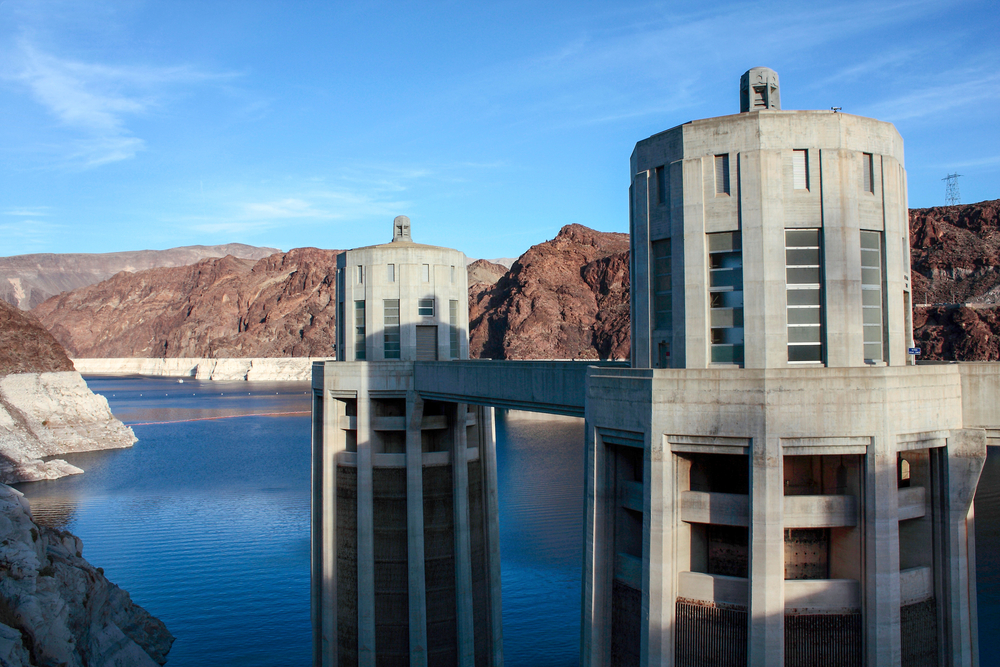 The climate is changing. Can our politics change, too?
By Andreea Sterea | December 18, 2019

According to the World Economic Forum, the global water crisis is the fourth major threat of our civilization. In fact, studies warn that two-thirds of the global population could be living in water-stressed countries by 2025 — just a few short years away.

When we think about water scarcity, many Americans may immediately call to mind countries in Africa, the Middle East, or Asia. But Europe and North America are also facing unprecedented water shortage issues — and the United States stands out of the crowd.

One study published in 2019 in the journal Earth’s Future highlights the fact that states like New Mexico, California, Arizona, Colorado, and Nebraska will have to make significant changes to counter severe upcoming water shortage problems.

The study also highlights some issues we all need to take into consideration — one of the most critical being the safety of U.S. water.

One would think that the most powerful country in the world would enjoy clean tap water every day. Yet thanks to inequality and infrastructure decay, millions of Americans drink unsafe tap water from systems that violate health standards — in the same vein of the ongoing violations occurring in Flint, Michigan. Investigative journalists found that more than 30 cities botched water quality testing, following the same flawed procedures that led to criminal charges against government employees in Flint.

There’s no use hiding it: America is going through a water crisis, and we’re going to face even more dire times if it doesn’t begin to change soon.

How bad are things, anyway?

While the United States is not yet among the world’s most at-risk countries in terms of water scarcity —  certainly not comparable with the situation in Uganda, India, Pakistan, or Qatar for instance — people and authorities cannot ignore the facts anymore.

According to the Water Research Institute, New Mexico faces the most dire situation of any U.S. state, with its water risk rating as “extremely high.” Its rankings put New Mexico on par with the United Arab Emirates in the Middle East and Eritrea in Africa.

California, a state that has its fair share of water problems, comes next. The drought that began sweeping across the U.S. in the 2010s is still causing huge problems, from California on up to southeast Alaska’s rainforest.

What is even more concerning is that U.S. groundwater is facing depletion, with industries and people digging ever deeper for water that used to come easy.

Water shortages occur when the demand outpaces the supply. According to the Earth’s Future study mentioned above, the U.S. population could grow to over 500 million people by 2100. Naturally, population growth is a predictor of water demand growth.

As supply is concerned, however, things don’t look bright. Besides the current concerns related to water pollution and the authorities’ failure to keep water safe, water supplies will undergo significant variations in response to climate change. Out of the 204 water basins supplying most of the country with fresh water, as many as 96 could fail to meet monthly demand starting in 2071.

Fifty-plus years may sound like a reasonable amount of time to come up with a solution. The problem is we don’t have nearly that long. According to the United Nations report published last year, the infamous 1.5 degrees Celsius (2.7 degrees Fahrenheit) temperature rise above pre-industrial levels will occur sometime between 2030 and 2052 if we fail to stop the current rate of global warming.

Even if President Trump does not believe in this warming, scientists do. The correlation is simple to understand: Alongside increased demand from a growing population, we’re likely to see less rainfall and significant evaporation caused by global warming.

The first sector affected by this perfect storm is going to be agriculture. Since agriculture often accounts for roughly 75 percent of the annual consumption of basin water in the United States, those shortages will create severe challenges — including food insecurity.

The climate is changing. Can our politics?

However, if water scarcity and food insecurity will take another 50 years, drinking water safety cannot wait any longer.

It took the Flint water crisis for the U.S. to open their eyes and realize that the “American Dream” shakes on its feet because the infrastructure cannot support it for much longer. The problem in Flint, Michigan, is still unsolved, even after all these years. A mix of anti-democratic tendencies, negligence, racism, and issues ranging from incompetence to manslaughter caused the Flint crisis. Solving it — and others like it — is going to take a significant movement.

According to the American Water Works Association, the country needs to make massive investments in water infrastructure over the coming decades. But such repairs and replacements would cost at least $1 trillion. And when we talk about money, we also talk about politics. For the first time this year, moderators devoted about 12 minutes to tackle climate and water issues during a single presidential debate. Still, most media outlets seem to ignore the crisis.

And while the EPA says that water problems take priority over even climate change, the agency does little to tackle the problem. Earlier this year in Iowa, for example, private wells used for drinking water faced extensive contamination due to agricultural practices. The EPA, however, actually put a halt on the regulation of ion nitrate fertilizer, one of the substances endangering the 300,000 private wells in the state.

This story is just one of many, unfortunately. Poorly protected or downright disregarded communities across the country— like the poor, small town of Denmark, South Carolina, whose mayor actually tried to prevent scientists from testing the town’s bizarre smelling, off-color water — are having to fight hard to keep their right to clean, safe water.

Meanwhile, according to the Environmental Working Group, over 1,000 locations in 49 states have confirmed cases of contamination by highly toxic fluorinated compounds known as PFAS. And the Trump administration is pushing ever harder to dismantle protections like the Waters of the U.S. rule — an effort exports have called “the biggest attack on clean water in our generation.”

Fortunately, the U.S. water crisis hasn’t reached the levels seen in more arid regions of the world. But it is a crisis nonetheless — spreading silently and deadly, accelerated by a broken or corrupt political system.

We have a long way ahead of us finding the right political and economic framework to tackle climate change, infrastructure rehabilitation, well water regulations, water contamination, agriculture challenges, and more — not to mention climate justice for all. Speaking truth to power is the first step. But it needs to be all of us, and it needs to be now.

Andreea Sterea wants to be the change she wants to see in the world. Being the editor of the Water is a Right project is just the tip of the iceberg — she is involved in a number of educational and cultural endeavors.