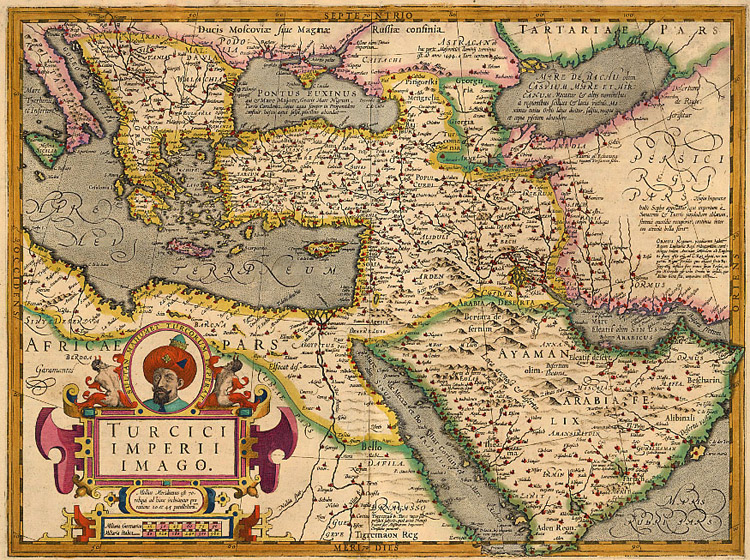 Meanwhile, the post-Ottoman regional order, as envisioned by the Western powers, has collapsed. Pictured: map of the Ottoman Empire. (Image: Wikimedia Commons)

The Middle East: The Only Way Forward Is Unification

As long as false borders continue to exist in the region, the Middle East will not progress.
By Sufyan bin Uzayr | November 12, 2015

A century has passed since the First World War, and while the rest of the world has moved on, the Middle East still continues to be in trouble, with a new issue arising every other day. As painful as it might be, the fact remains that the Middle East still has a long way to go, and the region has, so far, not risen from the ashes of the First World War.

What lies ahead for the Middle Eastern people and countries?

Back in 2011, the world witnessed a series of dissident events — what would later be known as Arab Spring. All around the Middle Eastern world, people hailed such revolutions and protests as the harbingers of change. A new Middle East was in the making! The people’s voices!

Coming to the present day, and the dreams and fancy talks have fallen flat. Iraq, Syria, Yemen, Libya or Egypt: you name the country, and you will see that the apparatus is either on the brink of collapse, or there are murky clouds covering the future.

The only thing the Arab Spring actually accomplished was that it destabilized the region by proxy. Combine that with the fact that foreign interference in the Middle East has done total harm and zero good, and you will have a perfect recipe for disaster. As such, when you see Libya, Syria and Iraq in a state of total abyss, and the war in Yemen on the brink of escalating to Vietnam-esque proportions, you won’t have a hard time looking for reasons behind all the carnage.

Beyond that, we also have the rather unwanted presence of Israel in the region, plus the ridiculous tug of war between Iran and Saudi Arabia. In the light of all of this, it will be safe to conclude that the post-Ottoman regional order, as envisioned by the Western powers, has collapsed.

At this point, broadly speaking, we can enumerate all that is going wrong in the Middle East:

I have omitted terrorism and the presence of players such as ISIS, simply because I consider such factions to be a by-product of a bigger conflict, and once the above five issues disappear or are resolved, it won’t be long before militancy ceases to exist.

For all of the above problems, many possible solutions have been suggested. Folks who consider religious fundamentalism to be the key culprit have called for reforms, as opposed to those who consider Islamism to be the better solution.

It is proven beyond doubt that authoritarian thuggery exists in the Middle East simply because foreign hegemons have established it as the way of the world. The United States and its allies have vested interests in the Middle East, and it is beneficial for them to have governments that are favorable to their cause. As such, political abuse of power is nothing new, albeit the only ones who suffer badly are the common people of the region.

Thing is, the solution isn’t far when you look for it: unification is the only way forward. As long as false borders continue to exist in the region, the Middle East will not progress. The biggest thing that went wrong after World War I was that a fake sense of nationalism came to the fore: people who were otherwise mutually related became citizens/subjects of different countries. Over the course of the century, such fake nationalist pride has only become stronger, and it is not uncommon to find the average youth of the Middle East considering themselves as Egyptians or Iraqis or Jordanians, and not as part of one coherent nation state.

As such, for the Middle East to truly blossom and bloom, it is essential that fake borders are abolished. That said, it seems highly unlikely that any form of unification or integration might happen during the oil era, especially because both domestic dictators and foreign hegemons are eager to keep the falsely drawn borders intact.

How or when can unification happen? This is a question which, unfortunately, still lacks an answer. However, it is certain beyond doubt that unless the countries of the Middle East are unified to form one true nation-state, the problem will not perish. The war in Iraq and Syria will not take time to reach Bahrain, whereas the dissent in Egypt will surely escalate to Tunisia or Libya, and so on. Since the conflicts do not obey fake borders, neither should the solutions.

Of course, this might mean that certain regional superpowers and political dictators or rulers might find themselves out of business. But for what it’s worth, their presence is hardly helping anyone!

A unified Middle East will prove to be the first step towards actual world peace. For now, this is the only plausible and logical solution.