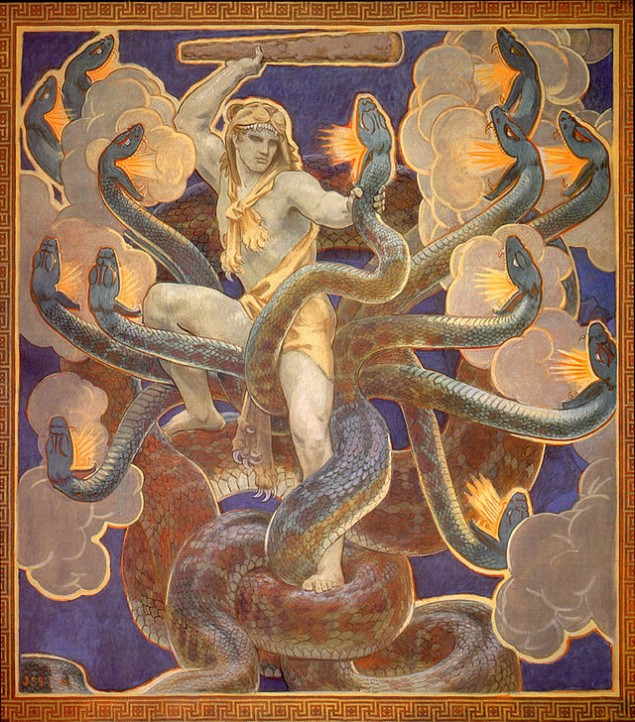 The fallout from the September attack on Saudi Arabia’s Aramco oil facilities is continuing to reverberate throughout the Middle East, sidelining old enmities — sometimes for new ones — and re-drawing traditional alliances. While Turkey’s recent invasion of northern Syria is grabbing the headlines, the bigger story may be that major regional players are contemplating some historic re-alignments.

After years of bitter rivalry, the Saudis and the Iranians are considering how they can dial down their mutual animosity. The formerly powerful Gulf Cooperation Council (GCC) of Persian Gulf monarchs is atomizing because Saudi Arabia is losing its grip. And Washington’s former domination of the region appears to be in decline.

Some of these developments are long-standing, pre-dating the cruise missile and drone assault that knocked out 50 percent of Saudi Arabia’s oil production. But the double shock — Turkey’s lunge into Syria and the September missile attack — is accelerating these changes.

Pakistani Prime Minister Imran Khan recently flew to Iran and then on to Saudi Arabia to lobby for détente between Teheran and Riyadh and to head off any possibility of hostilities between the two countries. “What should never happen is a war,” Khan said, “because this will not just affect the whole region… this will cause poverty in the world. Oil prices will go up.”

According to Khan, both sides have agreed to talk, although the Yemen war is a stumbling block. But there are straws in the wind on that front, too. A partial ceasefire seems to be holding, and there are back channel talks going on between the Houthis and the Saudis.

The Saudi intervention in Yemen’s civil war was supposed to last three months, but it has dragged on for over four years. The United Arab Emirates (UAE) was to supply the ground troops and the Saudis the airpower. But the Saudi-UAE alliance has made little progress against the battle-hardened Houthis, who have been strengthened by defections from the regular Yemeni army.

Air wars without supporting ground troops are almost always a failure, and they are very expensive. The drain on the Saudi treasury is significant, and the country’s wealth is not bottomless.

Crown Prince Mohammed bin Salman is trying to shift the Saudi economy from its overreliance on petroleum, but he needs outside money to do that and he is not getting it. The Yemen war — which, according to the United Nations is the worst humanitarian disaster on the planet — and the prince’s involvement with the murder and dismemberment of Saudi journalist Jamal Khashoggi, has spooked many investors.

Without outside investment, the Saudis have to use their oil revenues, but the price per barrel is below what the kingdom needs to fulfill its budget goals, and world demand is falling off. The Chinese economy is slowing — the trade war with the U.S. has had an impact — and European growth is sluggish. There is a whiff of recession in the air, and that’s bad news for oil producers.

Riyadh is also losing allies. The UAE is negotiating with the Houthis and withdrawing their troops, in part because Abu Dhabi has different goals in Yemen than Saudi Arabia, and because in any dustup with Iran, the UAE would be ground zero. U.S. generals are fond of calling the UAE “little Sparta” because of its well trained army, but the operational word for Abu Dhabi is “little”: the emirate’s army can muster 20,000 troops. Iran can field more than 800,000.

Saudi Arabia’s goals in Yemen are to support the government-in-exile of President Abdrabbuh Mansur Hadi control its southern border and challenge Iran’s support of the Houthis. The UAE, on the other hand, is less concerned with the Houthis but quite focused on backing the anti-Hadi Southern Transitional Council, which is trying to re-create South Yemen as a separate country. North and South Yemen were merged in 1990, largely as a result of Saudi pressure, and it has never been a comfortable marriage.

Riyadh has also lost its grip on the Gulf Cooperation Council. Oman, Kuwait, and Qatar continue to trade with Iran in spite of efforts by the Saudis to isolate Teheran,

The UAE and Saudi Arabia recently hosted Russian President Vladimir Putin, who pressed for the 22-member Arab League to re-admit Syria. GCC member Bahrain has already re-established diplomatic relations with Damascus. Putin is pushing for a multilateral security umbrella for the Middle East, which includes China.

“While Russia is a reliable ally, the U.S. is not,” Middle East scholar Mark Katz told the South Asia Journal. And while many in the region have no love for Syria’s Assad, “they respect Vladimir Putin for sticking by Russia’s ally.”

The Arab League — with the exception of Qatar — denounced the Turkish invasion and called for a withdrawal of Ankara’s troops. Qatar is currently being blockaded by Saudi Arabia and the UAE for pursuing an independent foreign policy and backing a different horse in the Libyan civil war. Turkey is Qatar’s main ally.

Russia’s 10-point agreement with Turkey on Syria has generally gone down well with Arab League members, largely because the Turks agreed to respect Damascus’s sovereignty and eventually withdraw all troops. Of course, “eventually” is a shifty word, especially because Turkey’s goals are hardly clear.

Turkish President Recep Tayyip Erdogan wants to drive the Syrian Kurds away from the Turkish border and move millions of Syrian refugees into a strip of land some 19 miles deep and 275 miles wide. The Kurds may move out, but the Russian and Syrian military — filling in the vacuum left by President Trump’s withdrawal of American forces — have blocked the Turks from holding more than the border and one deep enclave, certainly not one big enough to house millions of refugees.

Erdogan’s invasion is popular at home — nationalism plays well with the Turkish population and most Turks are unhappy with the Syrian refugees — but for how long? The Turkish economy is in trouble and invasions cost a lot of money. Ankara is using proxies for much of the fighting, but without lots of Turkish support those proxies are no match for the Kurds — let alone the Syrian and Russian military.

That would mainly mean airpower, and Turkish airpower is restrained by the threat of Syrian anti-aircraft and Russian fighters, not to mention the fact that the Americans still control the airspace. The Russians have deployed their latest fifth-generation stealth fighter, the SU-57, and a number of MiG-29s and SU-27s, not planes the Turks would wish to tangle with. The Russians also have their new mobile S-400 anti-aircraft system, and the Syrians have the older, but still effective, S-300s.

In short, things could get really messy if Turkey decided to push their proxies or their army into areas occupied by Russian or Syrian troops. There are reports of clashes in Syria’s northeast and casualties among the Kurds and Syrian Army, but a serious attempt to push the Russians and the Syrians out seems dubious.

The goal of relocating refugees from Turkey to Syria is unlikely to go anywhere. It will cost some $53 billion to build an infrastructure and move 2 million refugees into Syria, money that Turkey doesn’t have. The European Union has made it clear it won’t offer a nickel, and the UN can’t step in because the invasion is a violation of international law.

When those facts sink in, Erdogan might find that Turkish nationalism will not be enough to support his Syrian adventure if it turns into an occupation.

The Middle East that is emerging from the current crisis may be very different than the one that existed before those cruise missiles and drones tipped over the chessboard.

The Yemen war might finally end. Iran may, at least partly, break out of the political and economic blockade that Saudi Arabia, the U.S., and Israel has imposed on it. Syria’s civil war will recede.

And the Americans, who have dominated the Middle East since 1945, will become simply one of several international players in the region, along with China, Russia, India, and the European Union.